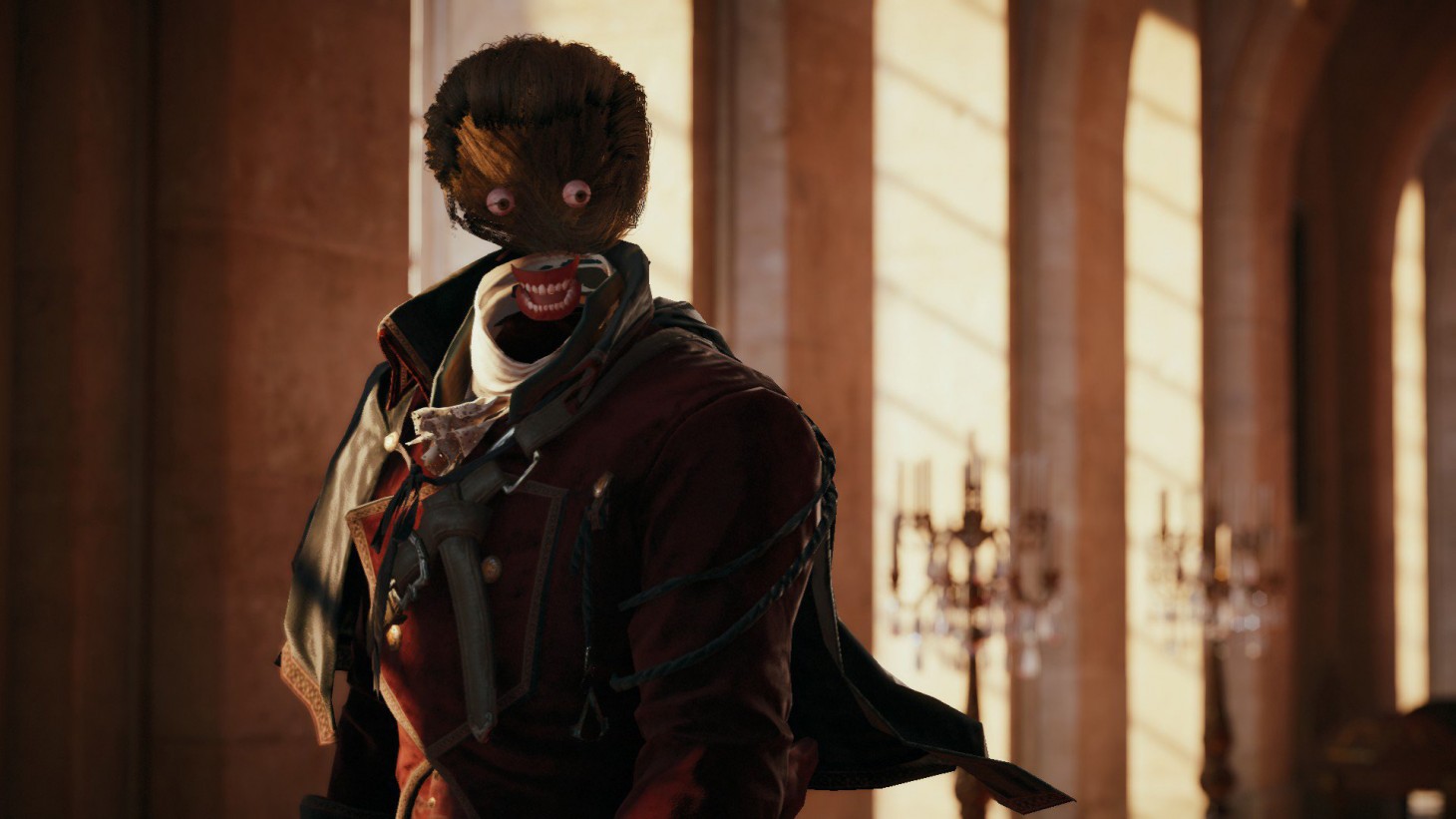 Looking Back On Gaming’s Most Notorious Glitches

Bugs and glitches will never die. No matter how many graphical strides or technical improvements the industry makes, video games will always contain bugs. Fallout 76 is a recent exemplar of this inevitable truth, but it is far from the last. To celebrate the exploits and virtual tears that bugs have given us over the years, we’ve compiled a list of the most infamous glitches we’ve encountered over the years.

Players may remember seeking out this little L-shaped block of pixels by watching the old man in Viridian City catch a Pokémon. If they then flew to Cinnabar Island and sailed up and down the coast, they’d have a chance to encounter the mysterious MissingNo. Short for “Missing Number,” MissingNo. isn’t actually a Pokémon but a glitched sprite that appears when the game loads a Pokémon that doesn’t exist. Every encounter nets players 128 copies of the item in their sixth slot, and you can catch it. While a handful have reported that the glitch totally corrupts your save and can even render the game unplayable, most players claim MissingNo. is harmless and have been seeking out its exploitative benefits for years. The glitch “Pokémon” has become so famous that it even has its own fake Pokémon cards.

Arguably the most infamous glitch in Final Fantasy III for the SNES, the sketch glitch happens when Relm’s “sketch” ability misses, resulting in a programming error that corrupts memory and should be used with caution. Still, players have figured out how to control certain variables – like which spell is in your lead character’s 28th magic slot – and exploit the glitch for material gain. Entire strategy guides have been devoted to mastering the sketch bug, which isn’t cut and dry, but if pulled off correctly, players will be inundated with multiple copies of rare items. The glitch also breaks the item inventory slightly, but who cares when it can make you infinitely rich?

There’s nothing as majestic as an ordinary object breaking the tethers of gravity to take flight, which is what happens to your car if you park it by a swing set in GTA IV. Also known as the car launcher, or car-cannon glitch, this bug happens when players press their vehicle against any one of numerous swing sets located throughout Liberty City. Cars are often flung so far that players can clear whole sections of the map. Though the landing can sometimes propel players through the windshield, usually the cars keep running and remain driveable. Fun and innocuous, the swing-set glitch is easily one of the most entertaining glitches in gaming.

Heavy Rain is filled with dramatic, heart-stopping moments, but this bug completely deflates one of its most iconic sequences. When playing as Ethan in Heavy Rain’s finale, players are prompted to press “X” to yell for their son, Shaun. If glitched, however, the prompt never goes away. After Shaun has been rescued, the prompt continues to appear on the screen, encouraging players to scream “SHAUN!” like drunken idiots through the remainder of the cutscenes. So, when the villain delivers his monologue or after your son wakes up, you’ll keep on screaming “SHAUN!” like a deranged lunatic. Even after the camera has moved well away from Ethan, you can still hear him shouting “SHAUN!” in the distance.

While playing Super Smash Bros. Melee, get three friends to play as Peach, Fox, Falco, and one other character.  Make sure the fourth character is teamed up with Fox or Falco and friendly fire is turned off. Go to the Temple. Have Fox and Falco stand opposite each other with Peach below and the fourth character standing beside their partner with a Super Scope. Using the super scope, fire 15 shots, two fully charged shots, then charge it again and have someone hit you from behind without firing, and now you’ll have infinite ammo. Fire the Super Scope non-stop while Fox and Falco use their reflector shields to bounce the blasts back and forth like an endless game of Pong. Inside the stream, a single “clang” bubble will appear, at which point Peach should jump into the stream multiple times to create other clang bubbles. Eventually there’ll be a chain reaction, and a line of overlapping bubbles will materialize. Stop firing the Super Scope. As Peach, toss 13 vegetables, (but no more) up into the stream. The 13 vegetables will hang in limbo, rotating endlessly, and you’ll have created a black hole. If any character besides Peach touches it, they’ll immediately be dealt 999 percent damage and be sent flying off the map. It’s a great way to kill time, and possibly crash your game.

Back when Skyrim first released, as players walked around the vast open tundra, they’d occasionally spy a large creature hovering in the sky, only it wouldn’t be a bird or a dragon. It’d be a mammoth. On the one hand, it was amusing so see the giant fluffy beasts soaring through the sky only to plummet to earth and die so you could loot their ivory and mammoth meat. On the other hand, when you’re walking around the fields of Skyrim with the music swelling and crickets chirping, the sight of a floating mammoth does take you out of the experience. While it might’ve been good for a laugh or two, this glitch was terrible for player immersion.

“My God, what is that!? Oh, it’s just a floating pair of eyeballs and a disembodied mouth.” Perhaps the most horrific glitch on this list, when Assassin’s Creed Unity first released many players reported characters with no face. That’s right. They’d have no face. Instead you’d be greeted by a ghastly pair of floating eyes and weirdly grinning teeth. It was a truly horrific sight, and one of the most memorable glitches from a game that was riddled with them.

Players blasting their way through Metroid: Other M as Samus may remember encountering a door in Sector 3 that was locked and wouldn’t open, halting progression. According to Nintendo, if players backtracked after unlocking the ice beam instead of going immediately through the door, it would become permanently locked. In 2010, this glitch was so bad that Nintendo offered to fix the save files of players who mailed in their SD cards. Otherwise, players had to start the entire game over again. For a series built around backtracking, that might be too much backtracking.

Being forced to start a game over because of a glitch is bad, but it’s 10 times worse when you have to buy an entirely new game. This Donkey Kong Country 2 bug is one of the most infamous glitches in video game history. If you ever broke the barrel on the upper level of the Castle Crush level, your game would break out into any number of random glitches. Sometimes it’d transform you into a pixelated blob, other times it’d phase you through walls, and sometimes it would just turn the screen into a kaleidoscope of colors. If you survived the distorted chaos, however, the glitch could also damage the game’s hardware rendering the game unplayable. This glitch is all fun and monkeyshines until it turns into guerilla warfare on your game cartridge.

The mother of all game-breaking bugs. When this holiday demo disk went out in 2004, players were able to sample a variety of games, including the new Viewtiful Joe 2. However, the Viewtiful Joe 2 demo contained a devastating glitch that erased every save file on your memory card. In fact, any memory card that was inserted at the time was wiped clean. In response, Sony issued a public apology and recommended that players enjoy the game without a memory card installed. Too little, too late, Sony.

Did your favorite (or least favorite) glitch make the list? Let us know about it in the comments section. For more glitchy good times, be sure to check out our compilation of bugs caught on tape in Red Dead Redemption 2, this blooper reel from the Elder Scrolls V: Skyrim, or our inaugurations for the eighth annual Glitchie Awards.