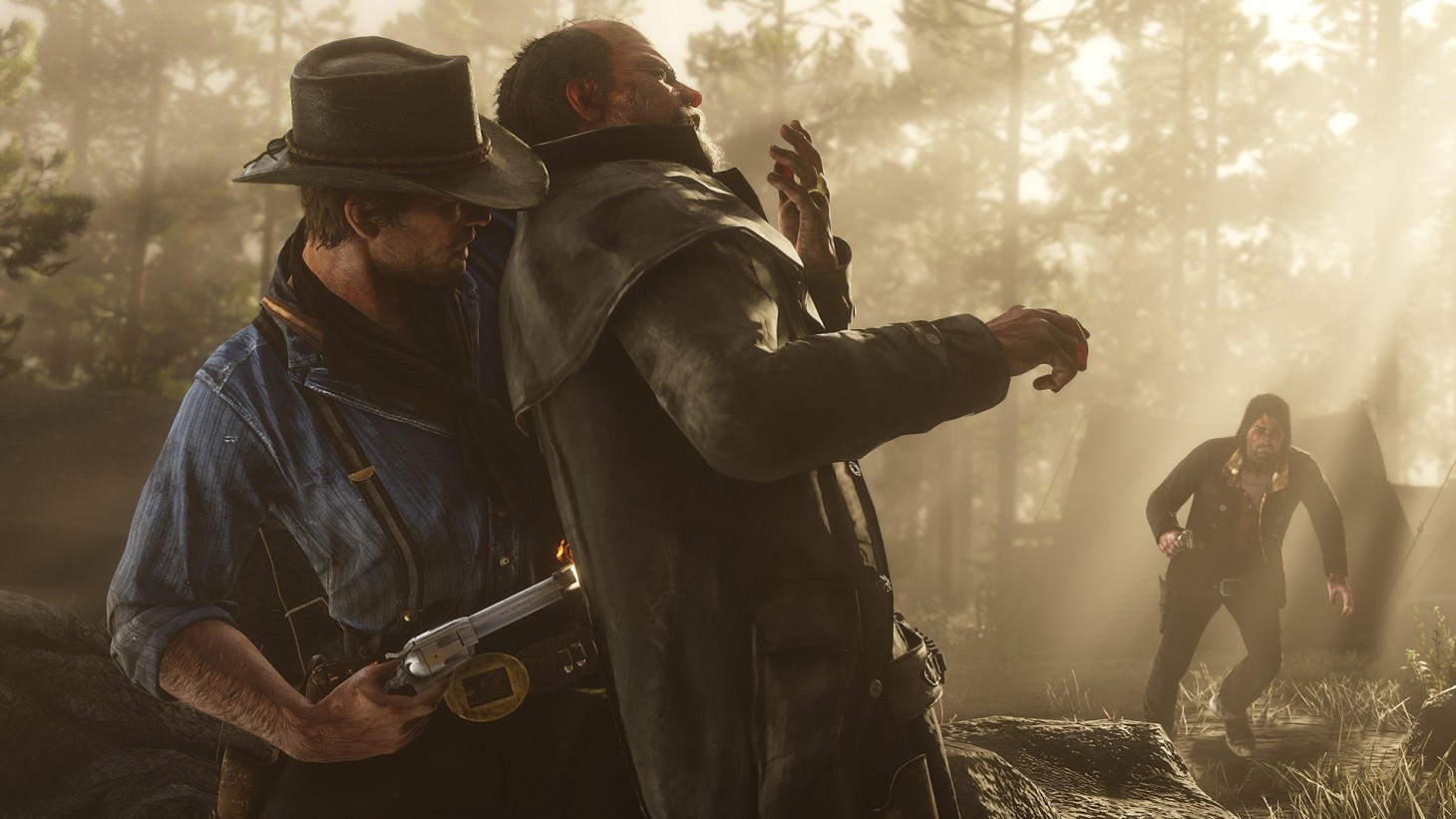 Red Dead Redemption II is out this week, and it's pretty good! But as with all games of this size and scope, there are bound to few hitches on the way to the saloon (that's a thing people used to say, right)?

The game has only been out for a day or so, but we already have a ton of funny videos of how the game unfolds, including drifting horses, magical carcasses, and other funny interactions. Here are our favorites so far.

If you can't handle a horse at drift-iest, you don't deserve it when it behaves like a normal horse.

Best revolver in the game from r/reddeadredemption

The Horizon Zero Dawn tech that lets Alloy spin around on her horse doesn't apply as well here, looks like.

What are the chances.. 🙄😅 from r/reddeadredemption

Or maybe like, steer clear of horses in general?

You know I'm something of a wood splitter myself. from r/reddeadredemption

That's using your head!
What a splitting headache!
This one's got a real sharp mind!
He cuts the wood with his head and it's funny.

Turns hay isn't always for horses after all.

Why punch one man when you can punch two?

Some awkward situations seem impossible to get out of.

Game of the year confirmed from r/reddeadredemption

A bird in the head is worth two... nevermind.

As long as she's not complaining, everything is fine.

Not what I expected to happen but okay from r/reddeadredemption

The horse knows what happened,  but they'll never tell.

There were totally t-bone collisions in the wild west.

My horse saves the day once again! from r/reddeadredemption

I love it when a plan comes together.

Breath of the Wild and Red Dead have more in common than just an open world...

I pushed this man over the edge... :( from r/reddeadredemption

I didn't think the conversation was going that poorly.

Contrary to popular belief, wavedashing has been around for over a century.

I really should've seen that coming. from r/reddeadredemption

For more on Red Dead Redemption II, make sure to check out our survival guide, why you should look for its rarest collectibles, and some of the best horses in the game.