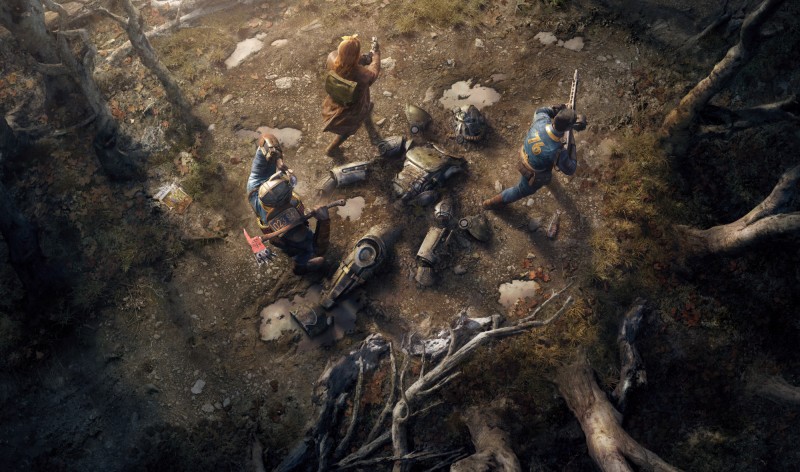 The tale of Fallout 76 has been a strange one since its first reveal at E3. Even at the time, it seems Bethesda knew that fans would be uneasy with the new take on Fallout by how often they couched introductions of the game with assurances that it was still Fallout at its heart. One reaction Bethesda probably did not see coming, however, is a class-action lawsuit over the game's buggy nature and Bethesda's reticence to provide refunds.

The law firm Migliaccio & Rathod LLP is currently investigating and soliciting clients for a possible class action lawsuit against Bethesda over Fallout 76. According to the firm's class action page, they're hoping to represent players who bought the game and were unhappy with the quality level of the product from a technical perspective. More to the point, they are alleging that Bethesda is refusing refunds on the product.

"While minor bugs and glitches are expected with the release of most new games, Fallout 76 launched with a 56GB patch that has proven to be but a starting point for the game’s problems," the firm writes on the suit solicitation page. "Gamers who have tried to receive a refund because of the game’s myriad glitches have been unable to do so since they downloaded the game, leaving them to deal with an unplayable experience until patches bring it back to a playable state."

There have been a number of reports on Reddit about Bethesda refusing refunds for the game on PC, it is not clear if this is a blanket policy. Bethesda chose not to release Fallout 76 on Steam, which has a two-hours-or-two-weeks return policy on games, opting instead of release only on their Bethesda launcher. Bethesda's own return policy allows for returns of unopened physical items, but zero exceptions for any games bought digitally unless mandated by law like in Europe.

Class action lawsuits over video games is not a new concept. In 2013, firm Robbins Geller Rudman & Dowd LLP filed a suit against EA alleging that the company made false statements about Battlefield 4 and the bugginess of the game affected its sales. That was a little different because it had more to do with the effect those actions had on shareholder value. In that case, the judge sided with EA.

Bethesda has apologized for the radio silence and lack of communication concerning Fallout 76 and outlined a roadmap for future fixes today. You can find our review of the open world multiplayer Fallout game right here.