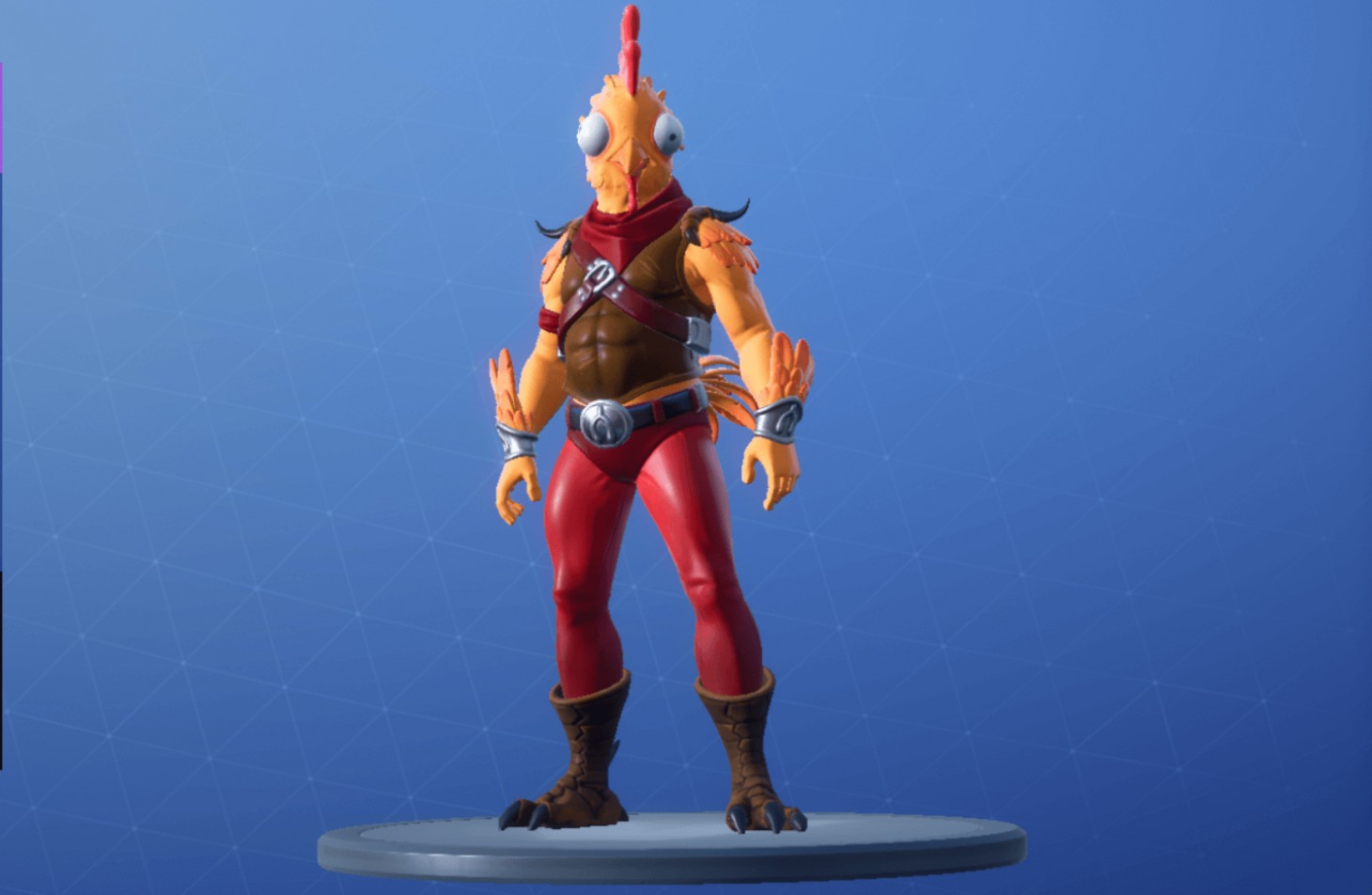 One of the newest Fortnite skins has an interesting story behind it. The Tender Defender skin, which recently appeared in the item shop, is a concept designed by an eight-year-old that endeared both Fortnite developers and players.

It took several months, but with a strong following on Reddit and multiple requests, the Tender Defender is now available in Fortnite. The story began back in September, when a Fortnite fan posted his son Connor's Chicken Trooper idea on Reddit, hoping that Epic would come across it and add it to the game. The idea was liked so much by the FortNiteBR subreddit that other Fortnite fans started to create their own drawings and concept art for the skin, giving the Chicken Trooper a glider, pick-axe, and back bling design.

The new Fowl Play Gear is available in the Item Shop! pic.twitter.com/7cYIjPAMaZ

Connor's Dad was surprised by the overwhelmingly positive response, and printed out the fan-made artworks to show his son when he got home from school. From there, they once again asked Epic in a YouTube video to consider adding the skin.

As of last week, an artist behind one of the drawings said Epic contacted them and that it would be implemented into the game. Although it received a slight name change, from Chicken Trooper to Tender Defender, the design is still faithful to its original concept.

For more on Fortnite, read about how rapper 2 Milly wants to sue Epic Games over an emote.