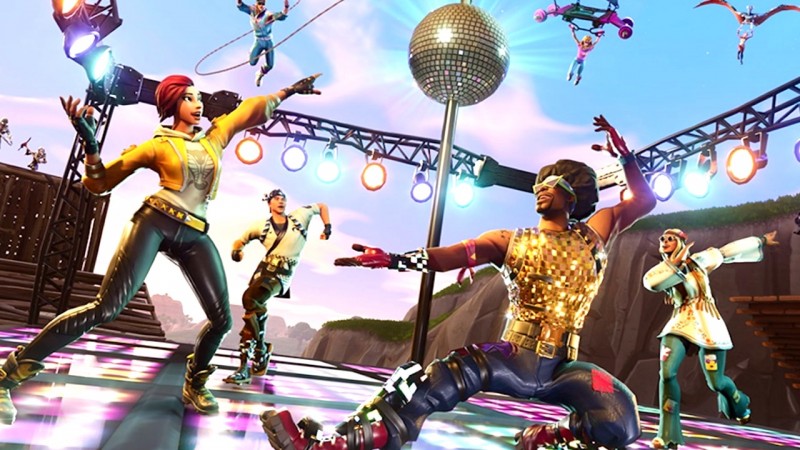 Rapper 2 Milly wants to "pursue legal action" against Fortnite developer/publisher Epic Games over the inclusion of the "Swipe It" emote.

2 Milly, most famous for the song "Milly Rock," is the creator of the now-popular Milly Rock dance, a move wherein you swipe your hands back and forth - and which used to be available for purchase in Fortnite as an unlock for the season 5 battle pass (Fortnite is currently in its sixth season, and the previous season's battle pass is no longer available). After 2 Milly saw his dance was available for purchase without his consent, he decided to begin to pursue legal action against Epic. "That's when I really was like... 'oh nah, this can't go on too long,'" he told CBS News.

2 Milly did not disclose what, exactly, he wants to sue Epic for, only that the legal move is more defensive than anything else. "I don't even want to bash them for all the millions," he said. "It's not really like that. I just feel like I have to protect what's mine."

The issue of whether dances can be owned and copyrighted in relation to Fortnite was first raised back in July, when Chance the Rapper tweeted a suggestion that Epic implement that actual songs the dances are associated with in the game itself, then pay the people who created or popularized those emotes. Many of the emotes used in Fortnite (as well as other popular online games) dances from recognizable sources - "The Carlton," from The Fresh Prince of Bel-Air, for example, or "The Running Man," frequently show up as emotes, but are clearly references to other media, usually music videos created by other artists. "Imagine the money people are spending on these Emotes being shared with the artists that made them," he tweeted.

We've reached out to Epic Games for a statement on the matter and will update this article should they reply.

It always has struck me as unfair that when developers cut these moves wholecloth the originators aren't compensated, but from what little I know, the law here is murky and will likely make things difficult for 2 Milly. It seems much easier to copyright choreography (a set of moves done in a row) than an individual move (which is what the Milly Rock is). If this does end up going to court, it could set a legal precedent for what has, until now, been a bit of a gray area.
On
On
Off
Off