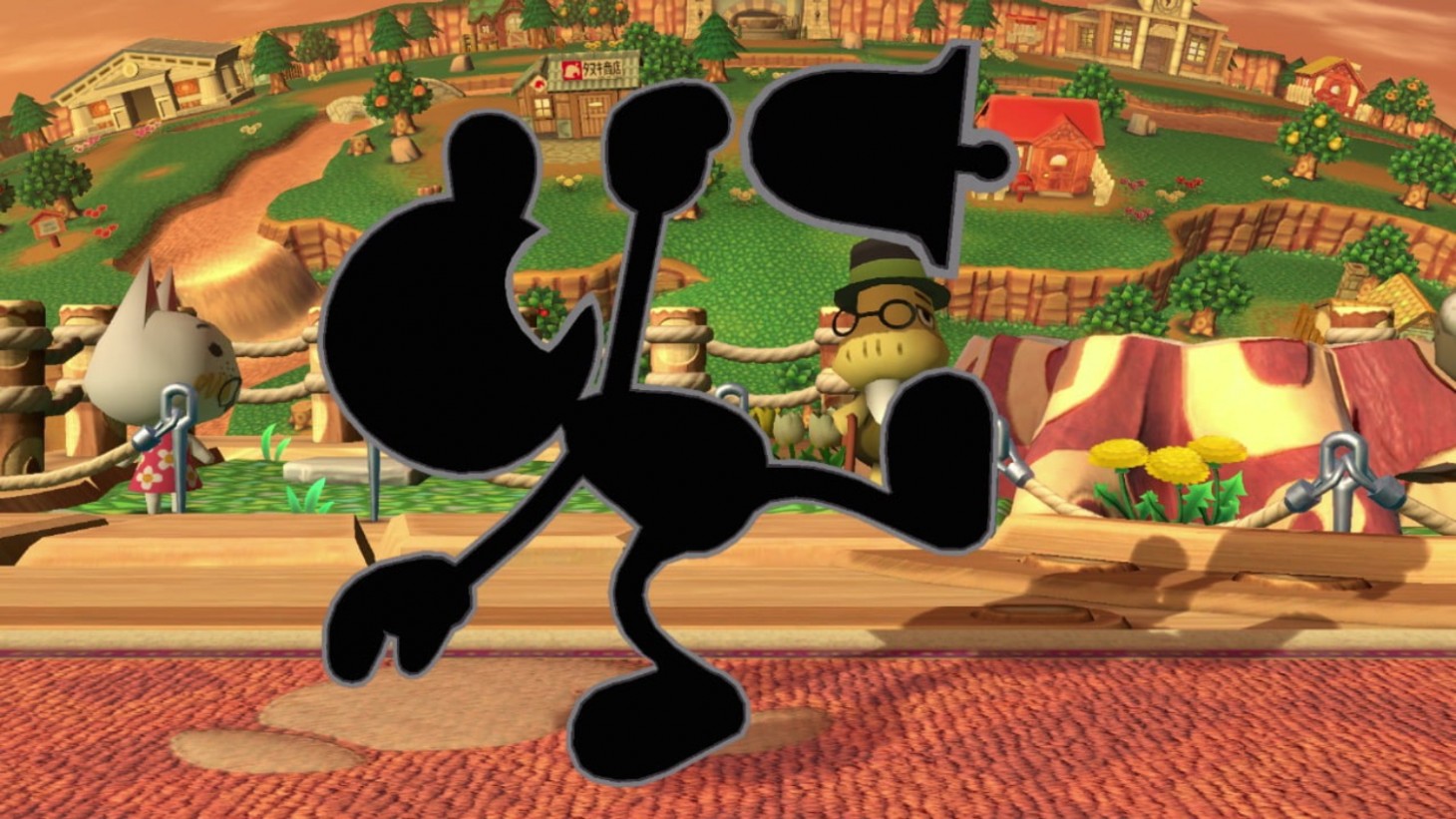 After last week's Super Smash Bros. Ultimate Direct, Nintendo held an event in Japan showing off the final game, with director Masahiro Sakurai on hand to show off a lot of its cool new features. A junior tournament was held on the first day, with some of the young players showing off their Mr. Game & Watch skills, the character assembled from references to various LCD games from Nintendo's early electronic gaming days. It was the first time the character had been seen for a notable length of time since the game was revealed and it turned out some insensitive imagery sneaked in accidentally.

At E3, Sakurai noted that Mr. Game & Watch's moves now more directly reference the Game & Watch games by transforming his sprite into the actual sprite used in those games. It turned out that his Forward-Smash attack, wherein he uses a torch to attack the opponent, now transformed him into a Native American caricature with a feather on his head. This references a 1982 game called Fire Attack, where Native Americans tried to burn down a fortress with a lone cowboy defending it. This imagery seemed to pass by Nintendo's western branch without much note until the Japanese stream.

The caricature of Native Americans as cartoonish characters wearing headdresses has become a much bigger debate within the last 20 years, taking specific aim at sports teams that use the imagery for mascots. Mascots like Chief Nac-a-Homa for the Braves and Chief Wahoo for the Cleveland Indians were determined to be insensitive and eventually retired.

As a response, Nintendo has issued a statement saying it plans to update the game to change the attack and, presumably though unmentioned, the associated Spirit image.

“Nintendo has been planning to distribute an update for Super Smash Bros. Ultimate that removes the feather from the silhouette of Mr. Game & Watch," Nintendo wrote in a statement to the press. "The original game on which this depiction of the character is based was released more than three decades ago and does not represent our company values today. We sincerely apologize that this change was not noticed in our marketing material and are continuing our work to make Super Smash Bros. Ultimate an experience that is both welcoming and fun for everyone.”

It is worth noting that Nintendo has recognized this particular image from Fire Attack as insensitive before and worked to change it. In Game & Watch Gallery 4 for the Gameboy Advance, Fire Attack came in both classic and modern forms. The classic version had been edited, removing the feathers and headdresses from the Native Americans and calling them bandits in the instructional text. It is likely the patched attack in Super Smash Bros. will more closely match this version. The modern version did away with the entire concept and replaced characters with Wario and Bob-ombs.

It is unknown when the patch is expected to arrive, but considering the game is pre-release, it is likely to be a day-one update. In other news related to the game, director Sakurai announced yesterday that the DLC for the game has been decided, and pleaded with fans not to flood the developers with feedback on characters they want.