We often get asked about how the art on our covers come together. The truth is that it’s always a little different, but the creation of our Warcraft III: Reforged cover is a good example of how we collaborate with game studios to design a bold image for the front of the magazine. Here’s an inside look at the process behind how a cover comes together.

Most of the time, the art on Game Informer’s covers are created by the designers who work on the game. After we negotiated with Blizzard to put Warcraft III: Reforged on our December cover, the studio began dreaming about what it wanted to feature on the cover. Their first step was to go to our cover archive and look through all the art we’ve ever featured on the cover of the magazine. The team noted overall themes, compositions, and styles. 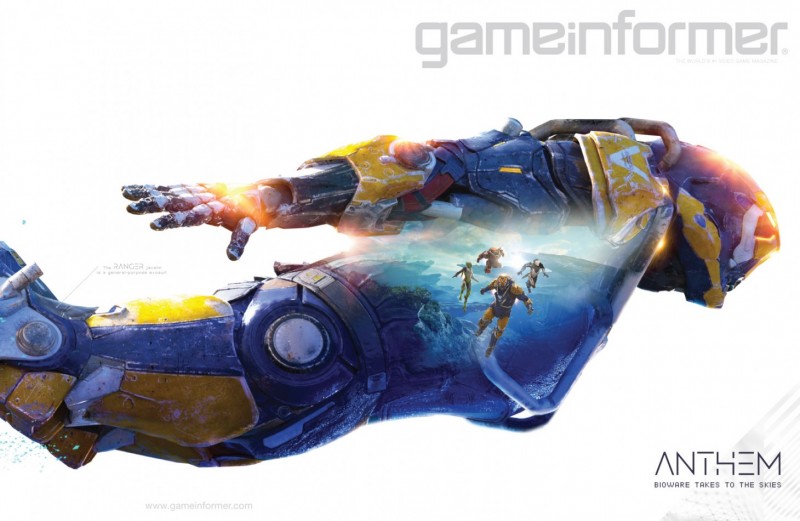 Blizzard really liked the covers for our Anthem cover story earlier this year, but for Warcraft III: Reforged, Blizzard is aiming for a more cinematic feel and plans to tone down some of the whimsy from the original game. Therefore, the team ultimately felt it wanted our cover to feature a big hero shot of an important character from the game. The original plan was to do a cover featuring Arthas, but Blizzard realized it already had a ton of art of Warcraft III’s central character and since Blizzard debuted the game with the level The Culling, the team determined that Mal'Ganis would be a good icon for our cover, since he is the primary antagonist for that chunk of the game.

Unfortunately, all of Blizzard’s internal artists were busy with other projects, so the team reached out to a Chinese contract artist named Bayard Wu, that they work with regularly. Wu previously worked on Hearthstone and a few Blizzard comic books, so the team felt he knew the company’s style. Within a few days, Wu had produced several concept sketches. Unlike some artists, Wu roughs out his ideas in digital paint, so they have a more finished feel, even from the start. 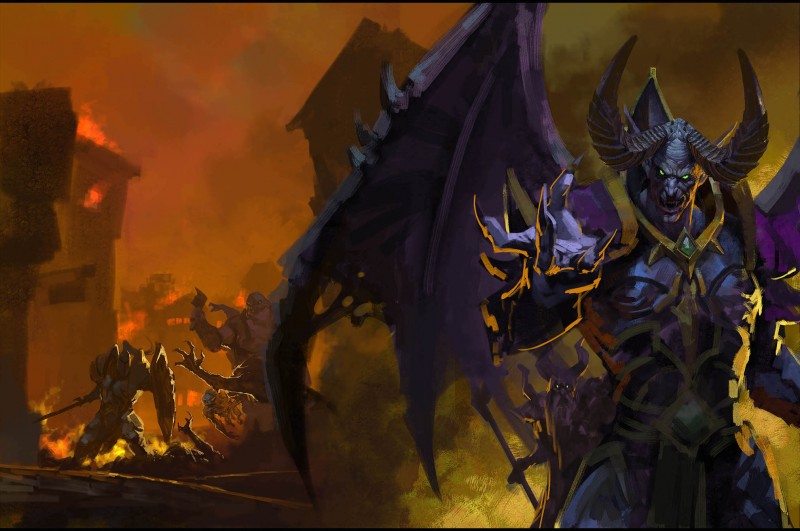 “We like the full body pose a little bit more; the other two were little more Drew Struzan [Star Wars poster artist],” says lead character artist Chris Amaral. “But then we didn’t know what was going to go on the other side of the cover, so that’s where we decided that we could take Stratholme and put it on the other side and have Arthas’ army fighting there.” 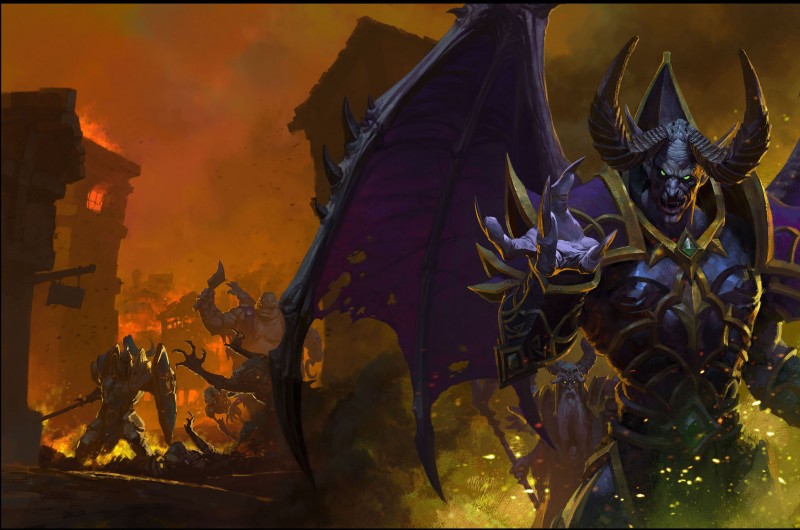 Wu didn’t realize he needed to draw a back cover for the magazine, so Blizzard experimented with our cover ratios and made sure that our logo would actually fit up top. The art directors also ensured we had space for UPC codes, splash text, and the magazine’s spine. Then Wu cleaned up the painting and added some finishing touches. 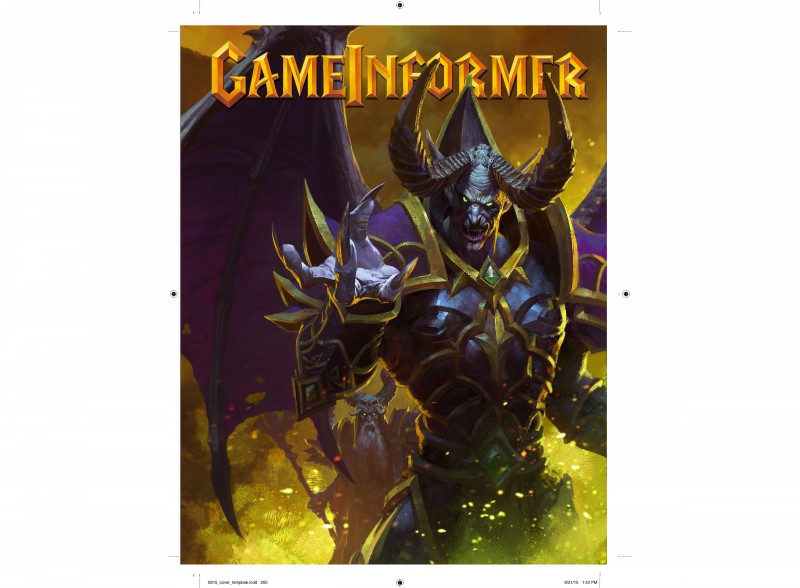 While at the studio, we pitched Blizzard on the idea of taking the Warcraft font and adapting it for our magazine. The result was striking, but in the end we decided to go with Game Informer's logo that blended better with the teaser text in the lower left. 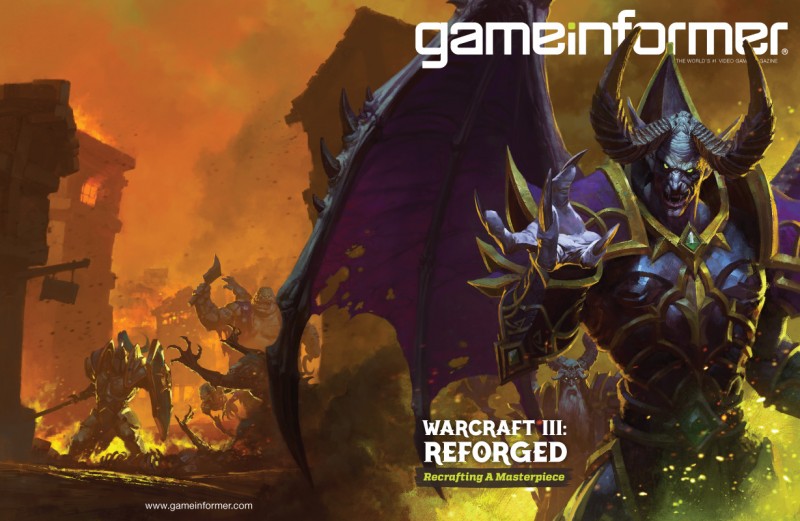 Once we get the final art from Blizzard, our production team adds our logo and teaser text. This is the final cover, but it’s just the beginning of our Warcraft III: Reforged coverage. Be sure to stick around this month, because we’ll be posting various video interviews with the teams and doing a deep dive into the lore of Warcraft III. Click on our banner hub for more on Warcraft III: Reforged.