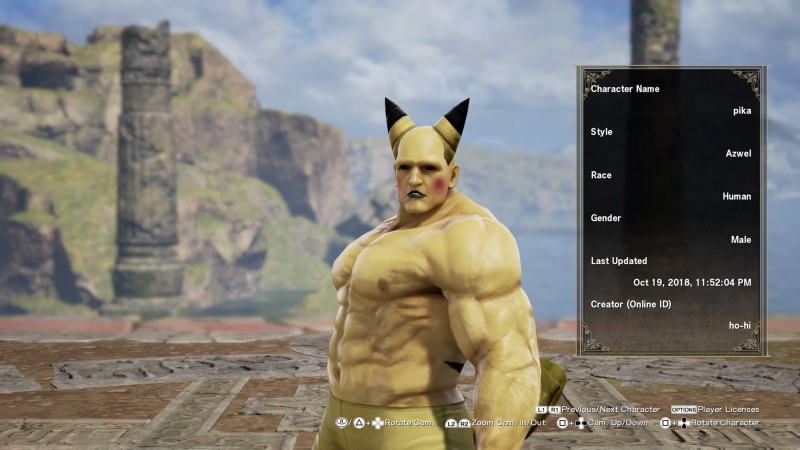 Soulcalibur VI features a fairly robust create-a-character mode. It also lets you take any character you create into the online competitive modes, including ranked. You can see how that might cause issues from a mile away, but Bandai Namco looks to be on the case.

According to a translated message on the official Soulcalibur VI Japanese website, players who make "inappropriate characters" now risk having their accounts banned from online play.

The exact definition of "inappropriate" is somewhat vague. There are plenty of characters loaded with mundane objects that, when put together, create obscene imagery, but also characters who obscure the entire screen, change the hitboxes of certain attacks, or take one character swap it out for another in an attempt to confuse opponents in ranked matches. We've reached out to Bandai Namco to clarify and will update this article should they reply.

For now, check out our review of Soulcalibur VI, as well as some of the wackier creations you may no longer get too see online.

I think the best fix for this issue is to simply ban custom characters in ranked, then just leave the player lobbies as is. When people are trying to grind ranking points to prove themselves, it can frustrating to run into a character meant to throw others off or troll them. But if people want to battle giant cubes for hours and hours in a one-off lobby, let them.
On
On
Off
Off