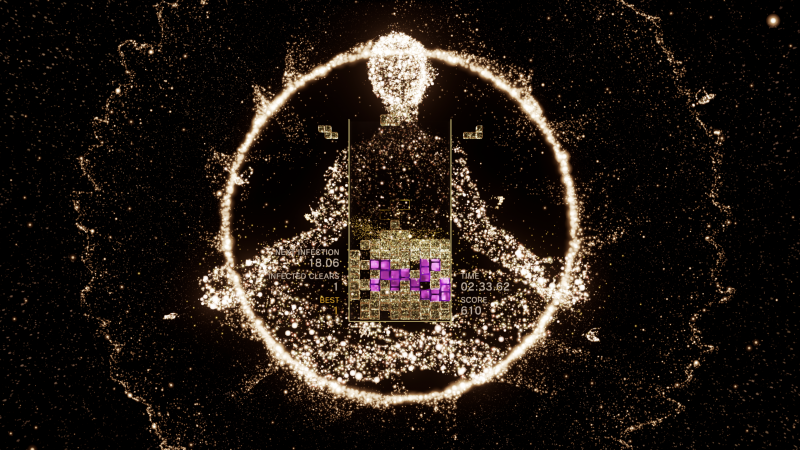 Tetris Effect, Mizuguchi and Enhance Games' newest entry in the long-running takes on Tetris, is coming to a PlayStation 4 to you relatively soon, in both VR and non-VR forms. While almost everyone in the world has played Tetris, Mizuguchi's brand of aesthetic color explosions certainly have a lot to offer, and people might want to see if that's up their alley. To that end, Enhance Games is offering a demo for download and play, but only for a few days.

From November 1 to November 5 on the PlayStation Store, players can download the demo of the game and give it a whirl, but only until that November 5 cutoff date. That means, even if you have the demo downloaded to your system, it simply will not work after the date, so you better get time in before that.

Why would that be? Well, one theory is that it's Tetris, and giving people an unlimited demo to play lets them have their fill of the puzzle game, even if they capped the number of lines or modes. Another is that it focuses the zeitgeist of the game on a few days just ahead of its launch. There's also the assumption that Sony doesn't just let demos sit on the store for free forever, so a timed demo being a part of a marketing budget makes sense.

Whatever the reason, you can give it a quick whirl and see if this version of Tetris tickles your fancy. Our intern Jill gave the game a spin recently and you can read her extensive thoughts on it here. Tetris Effect releases on November 9 on PlayStation 4.