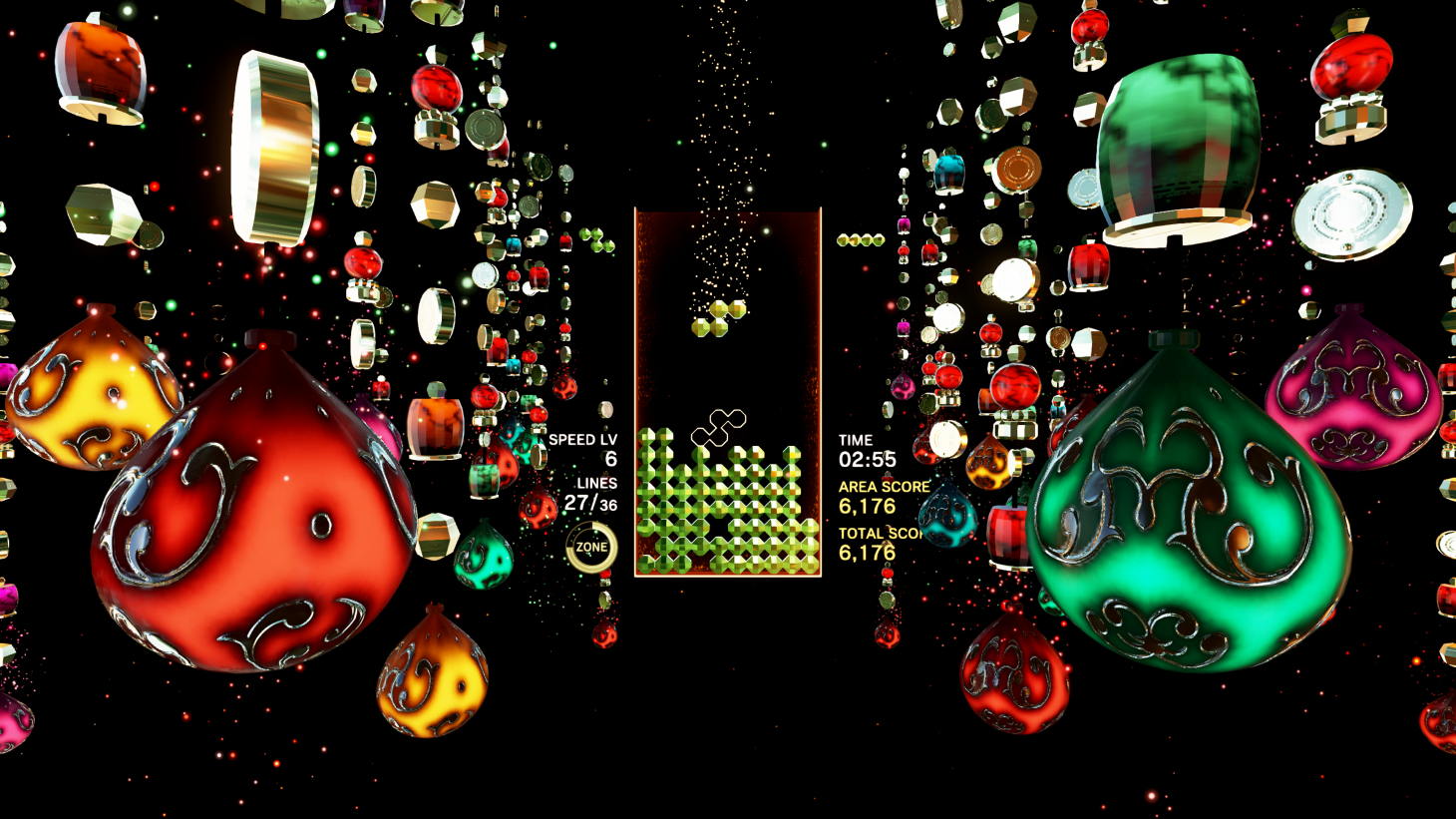 Imagine a shimmering kaleidoscope accompanied by meditative sounds wrapping entirely around you, and in the center, a familiar puzzle game of falling blocks. That was my introduction to Tetris Effect in PlayStation VR. Transporting the well-known classic into a plethora of fantastic environments, Tetris Effect has something for long-time fans and new ones.

Game director Tetsuya Mizuguchi flew out to our office recently, and I took the opportunity to jump into the VR headset to experience his immersive addition to the Tetris family. Much like Mizuguchi’s previous creation, Lumines, light, color, and sound vie for my attention as I work through each puzzle. The “Tetris effect,” from which the game derives its name is a phenomenon where repetitive video cues – like rhythmic falling tetrominos ­­– are burned into the player’s mind, and they continue to see patterns everywhere they look. Though you can play Tetris Effect without a headset, in VR, the game simulates its namesake like a beautiful, waking dream. If you have a PlayStation VR set, it would be a waste to play Tetris Effect without it.

I start out in Journey mode, which puts me on a serpentine, but linear path. I have to clear a certain amount of lines on the board before moving on to the next. The best levels I play through combine amazing visuals and catchy audio elements. I discover that rotating a block produces a sound that corresponds with the level’s theme and I forgot myself a few times playing around with the music. My favorite level for this was Downtown Jazz, in which I lost a hefty amount of points just melodically spinning the pieces in time with the upbeat rhythm. 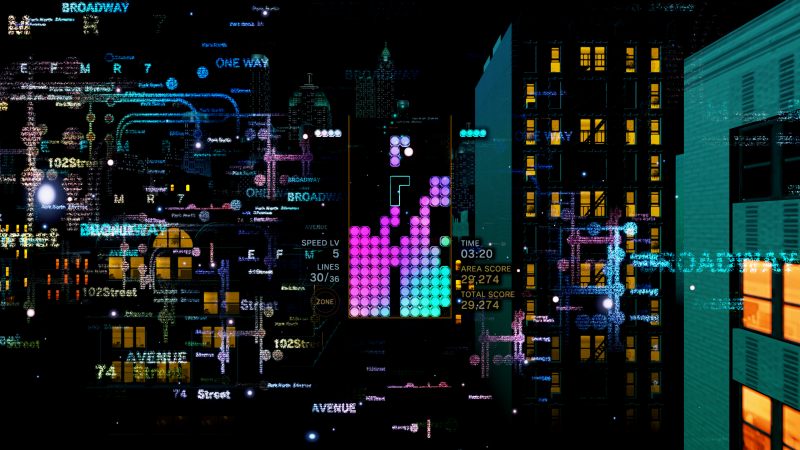 The appearance of every stage shifts while you play, and a number of them stand out visually. I was surrounded by trees in a forest level, and birds flew out and around me when I successfully cleared a line. It was the best use of the VR capabilities in any level I played. Journey mode clumps games together by relative difficulty, but the theme of each level varies wildly. During my two hours of play time, I swam though oceans, soared through mechanical windmill fields, reveled between ornamental jewels, and watched sunlight spill through a canyon, all the while playing Tetris. 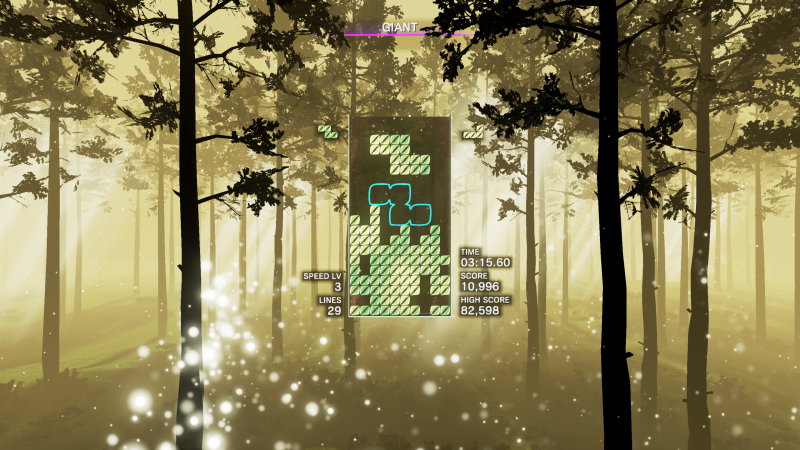 The core of Tetris is well preserved, and the object is still to successfully line up rows of the iconic shapes to clear lines before they pile up and spill out the top. The classic experience is enhanced with wonderfully dynamic effects like when the blocks twirl after I cleared a line. Tetris Effect also introduces a new twist on the well-known formula. The Zone mechanic – which you can activate after filling up a meter – stops time. The blocks didn’t fall until I placed them, and it was an easy way to set up as many tetris as possible for major bonus points. It took me a while to get the hang of it strategically, but after accidentally laying a shape horizontally that I meant to place vertically, I triggered the Zone and carefully toppled the offending block.

The Effect modes are a much more à la cart selection of challenges and play styles. In hindsight, checking out the Mystery mode first might have been ambitious. The diabolical mode lulled me into a false sense of security initially, but after I cleared a few lines, the board flipped upside down and it inverted all the controls. It messes with your brain in the best way, and there are plenty of other random effects that this trial will throw at you if you really want a challenge.

I hopped out of that and into the Purify mode, where I had to clear constantly emerging “dark” blocks in a punishing three minutes. If you’re not looking to push yourself with these challenges, Tetris Effect also offers more traditional Tetris experiences and ways to play through groupings of your previously completed levels. Playing any of these Effect modes might unlock special avatars that swim around in the online hub, so you can show off to people playing around your approximate geographical location.

Tetris Effect is coming out on the PlayStation 4 and PlayStation VR on November 9, and a limited-time demo is running from Thursday, November 1, to Monday, November 5, where you’ll have access to three Journey mode levels and the Marathon and Mystery Effect modes. For anyone looking to to find out more about the game, Game Informer recently sat down with Tetsuya Mizuguchi and Mark MacDonald to talk about Tetris Effect and we show off some Effect modes in our New Gameplay Today.