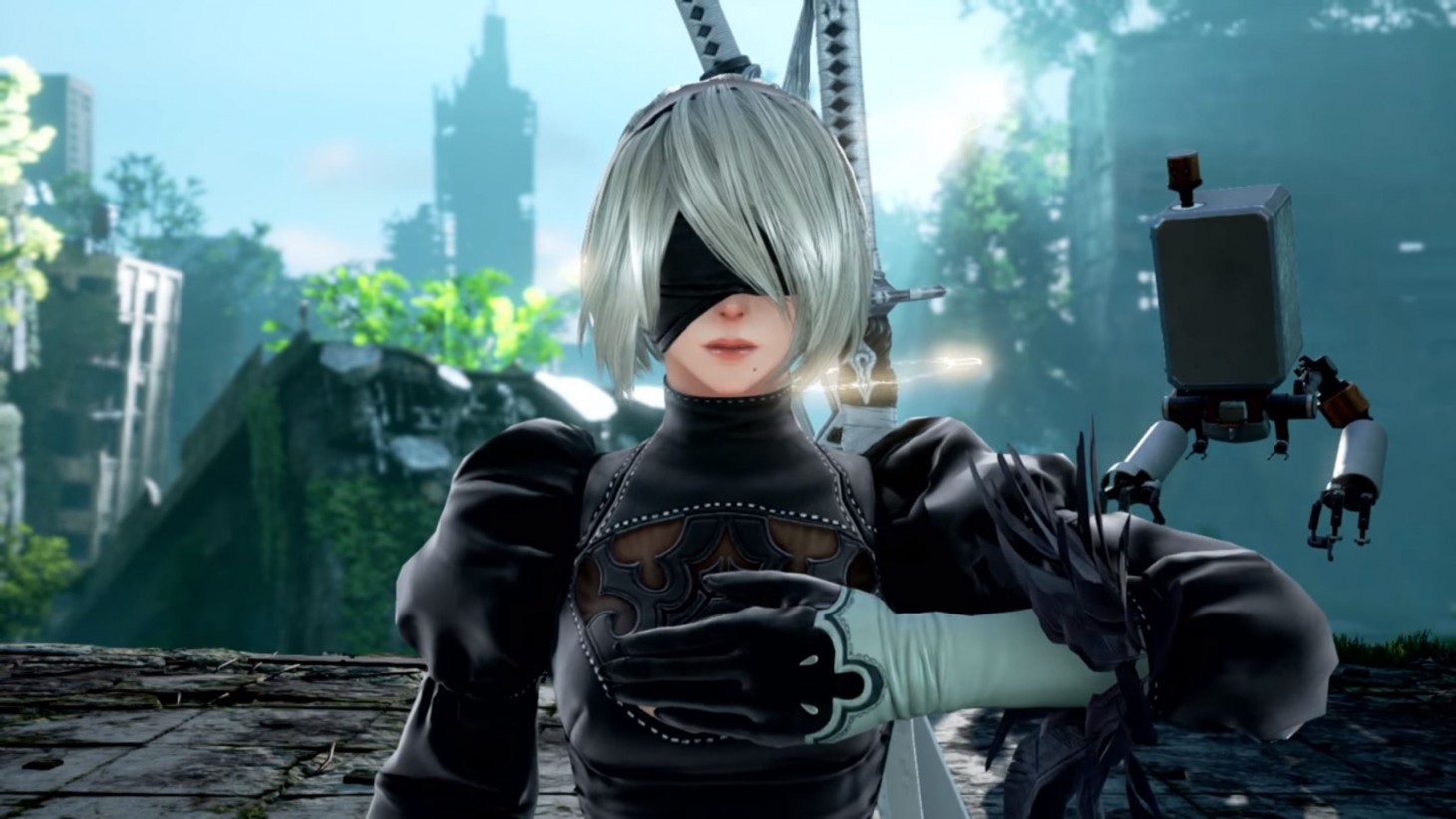 NieR: Automata's 2B Is Coming To Soulcalibur VI

Bandai Namco has announced that everyone's favorite android who kills lots of other robots but ends feeling kind of bad about it, 2B, is coming to their weapons-based fighter.

The company dropped a trailer featuring NieR: Automata's 2B (a Square Enix crossover character) as she encounters Ivy in the far-off future, then facing off against various characters. She looks to have a number of air combos and a dodge, similar to what she used in NieR:Automata. Accompanying her release will be new parts for the character creation tool, new music, and weapons. You can watch the trailer below.

Bandai Namco stated the character is "Coming Soon," and will be part of the game's Season Pass, along with Tira and two other characters.

For more on Soulcalibur VI, check out our review, as well as our collection of all the silly user-created characters we've seen so far, one of which actually was 2B.