Ion Maiden Blasts Onto PS4, Xbox One, And Switch 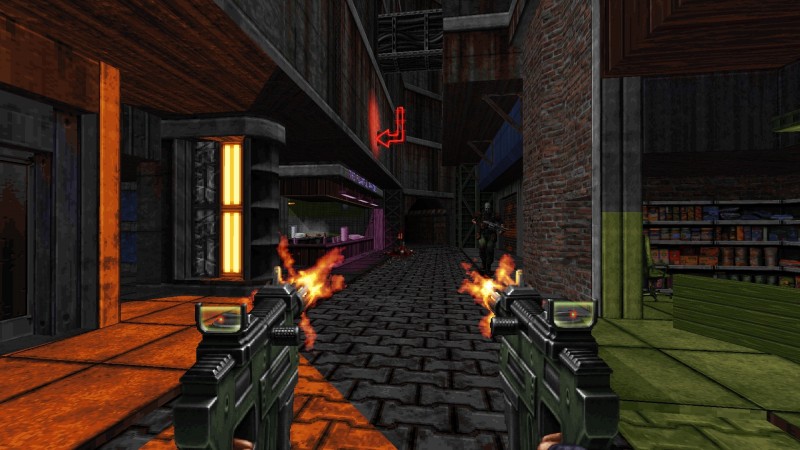 Earlier this year, we got a solid look at Ion Maiden, 3D Realms and developer Voidpoint's new first-person shooter. Ion Maiden attempts to capture the glory days of shooters like Duke Nukem, Blood, and Shadow Warrior, right down to the pixelated art style, ridiculous number of secret areas, and frantic action.  3D Realms just confirmed, after much teasing, that the game will be arriving on PlayStation 4, Xbox One, and Nintendo Switch as well.

According to a press release, 3D Realms is teaming up with Russian publisher 1C Entertainment to bring the game to consoles in Q2 2019.

For more on Ion Maiden, check out our impressions here.