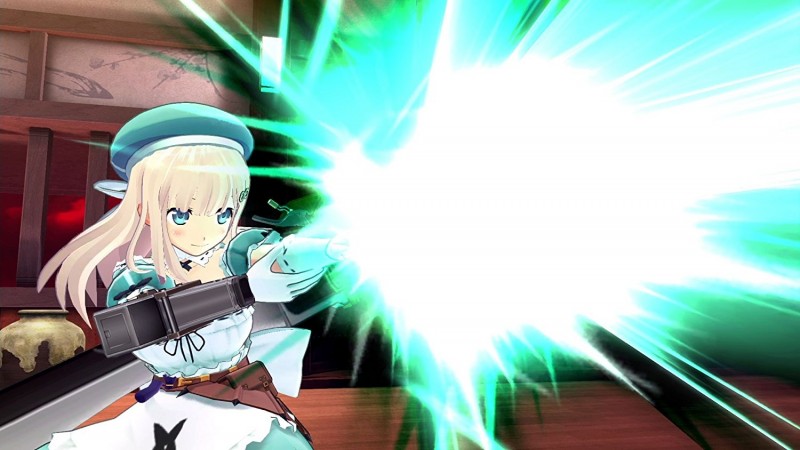 When it launches sometime this fall, the PS4 and PC versions of Senran Kagura Burst Re:Newal, a remake of the original Senran Kagura game, will have at least one major difference, as the PS4 version will lack the series' "Intimacy Mode."

The mode, which has players dressing characters up in various outfits (including bathing suits and other intimate attire) and using their hands and other objects to massage or caress the game's young (and frequently underage) characters, seems to have crossed a line for Sony. Publisher XSEED games announced the removal of the mode from the PS4 version with the following statement:

The release of Senran Kagura Burst Re:Newal will be slightly delayed as we remaster to remove the interactive "Intimacy Mode" from the PS4 version. The Steam version will release with that mode intact and will launch simultaneously with PS4. We are looking forward to sharing the release date shortly and appreciate your patience.

In a follow-up tweet, the company quickly alluded to this being Sony's decision. "We respect the wishes of the platform holder," it tweeted.

Intimacy mode was part of previous Senran Kagura releases, including last year's Senran Kagura: Peach Beach Blast, which released on PS4 intact. When asked why previous titles were able to include the mode but not Re:Newal, XSEED localization producer Tom Lipschultz stated it's "because this is a brand new policy."

Earlier this year, Sony blocked the release of Omega Labyrinth Z from in the West, likely due to the game taking place in a high school setting and placing its underage characters in risque situations. It also pulled the release of seduction game Super Seducer back in March.

It's likely they're joking, however.

While I can definitely see fans being miffed about Re:Newal having to drop the mode, I'm not against Sony taking more of an active role to control what games appear on their platform and blocking games it deems too explicit for whatever reason. It's their platform after all. But as with the Steam debacle over a similar issue earlier this year, I hope Sony has at least made what it will and won't allow clear to its developers, so they know ahead of time what they can and can't on Sony's ecosystem.
.
On
On
Off
Off