Nintendo Invented Bowsette Years Before The Internet Did 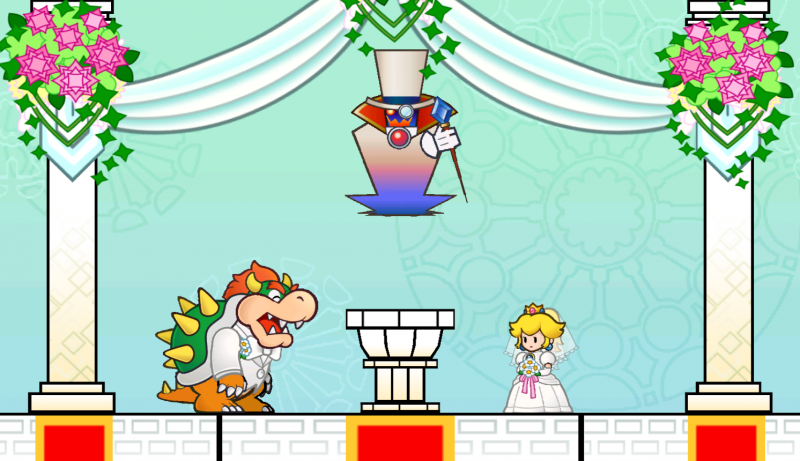 If you've been on social media in the last week, you probably know about Bowsette. As a result of the Super Crown introduced in New Super Mario Bros. U Deluxe turning Toadette into Peachette, an artist concepted out a Bowsette who undergoes a similar transformation (spoilers for the ending of Super Mario Odyssey). The resulting fervor for the character reached astronomical levels among Japanese artists, leading to a Bowsette fan meetup in Japan being planned. Normally internet trends are their own thing and not always worth reporting on, but an added wrinkle came this week with the release of a Super Mario Odyssey art book.

Art books tend to have a lot of concept art for things that don't make it into the game and The Art of Super Mario Odyssey is no exception. As pointed out by Twitter user Nao @Sakusuru, one of the pieces of art seems to show Bowser with his own cap-turing ability being used on Princess Peach.

So in THE ART OF SUPER MARIO ODYSSEY that came out in Japan today, there's an scrapped concept of Bowser taking over Peach's body with his own version of Cappy.

Kind of surreal how there could have been an "official" Bowsette long before the fan one took over the internet. pic.twitter.com/gSMOqNDKKf

When Mario throws Cappy at enemies, he takes them over in a way that makes the target resemble his visage. Possessed targets often grow mustaches, for example, so it makes sense that Bowser possessing Peach would result in a combination of the two.

Video game concept art is often made for concepts that don't make it into the game or are otherwise just seeing how an idea looks on paper. Obviously this part of the game was cut, though I kind of wonder if Nintendo regrets that after seeing the fever pitch that Bowsette art has seemingly hit. There is a report going around that Nintendo's stock went up due to Bowsette art, but closer inspection reveals it to just be coincidental timing and the rising stock value is due to the extra revenue gained from Nintendo Switch Online.

The Art of Super Mario Odyssey also includes some other interesting cut concepts, like New Donk City originally having humans that were proportioned like Mario and was themed after early-90s Nintendo. It would be interesting to see whether these concepts make it into later games.