10 Guaranteed Spoiler-Free Screenshots From Our Time With Spider-Man

There is a lot to say about Spider-Man, but unfortunately, ahead of release, talking about those things would lead to far too many spoilers and I know you don't want to read those. But I bet you want to read something about Spider-Man before you actually get your hands on it. To help you with that, I have put together a collection of screenshots I took while playing, but have been very careful to avoid any and all spoilers, so feel free to look at these images guilt-free. 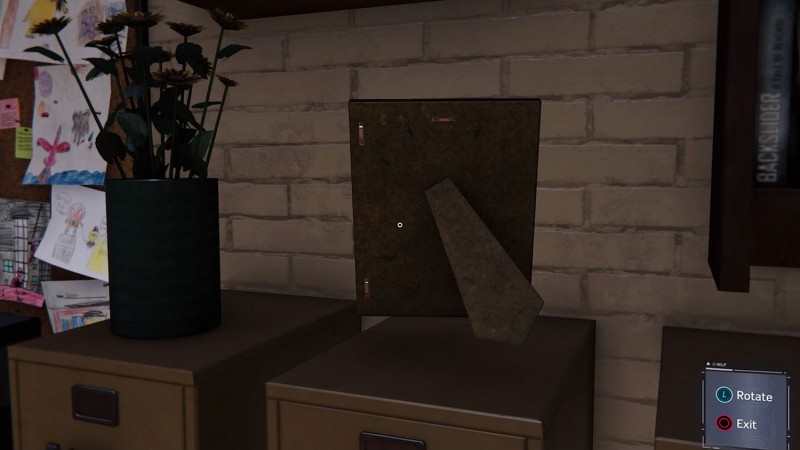 If you were to flip this around, there might be something really important in the frame. Or Spider-Man could just be doing some frame-shopping. You won't know until the game comes out! 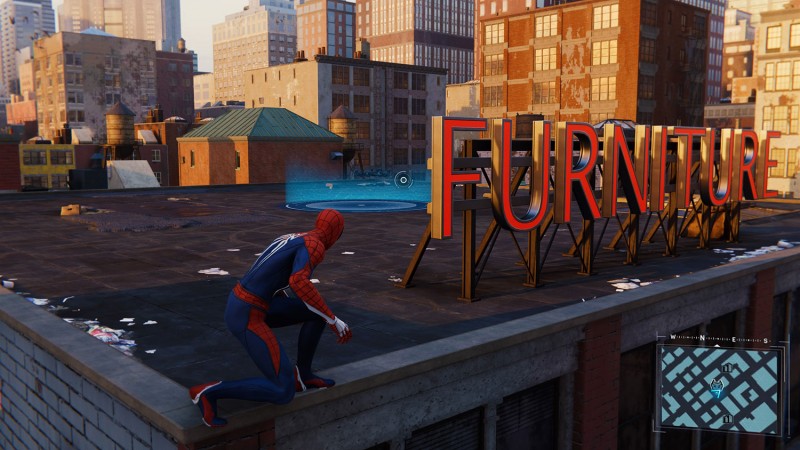 This is a big one that I was hesitant to include, but this world does in fact contain furniture. 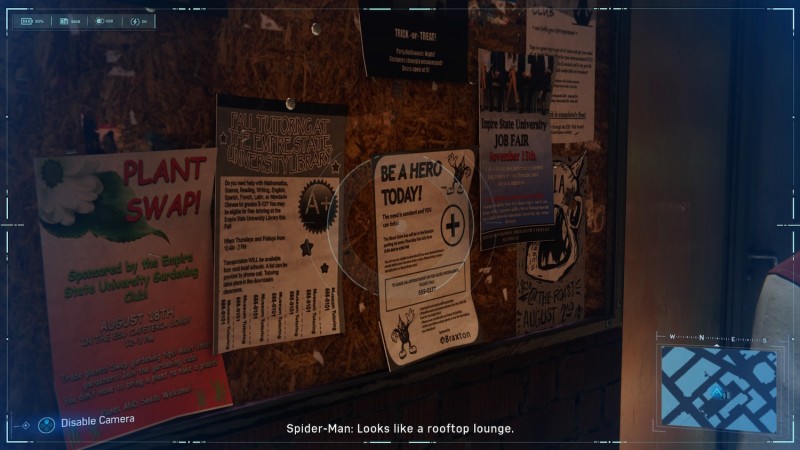 I didn't mean to grab the screen when Spider-Man confirmed there are rooftop lounges, but this is a good reminder that you don't need spider powers to be a hero! But they do help. 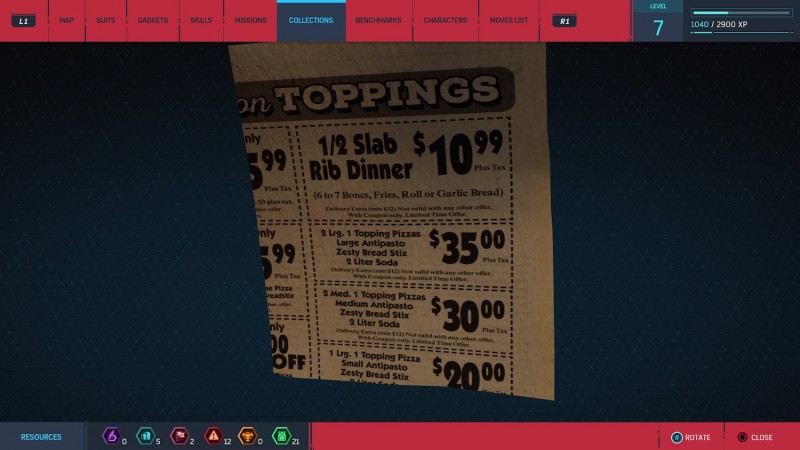 Unlike the front of this newspaper clipping which contains some fun Spider-Man lore, that rib deal should not be ignored. 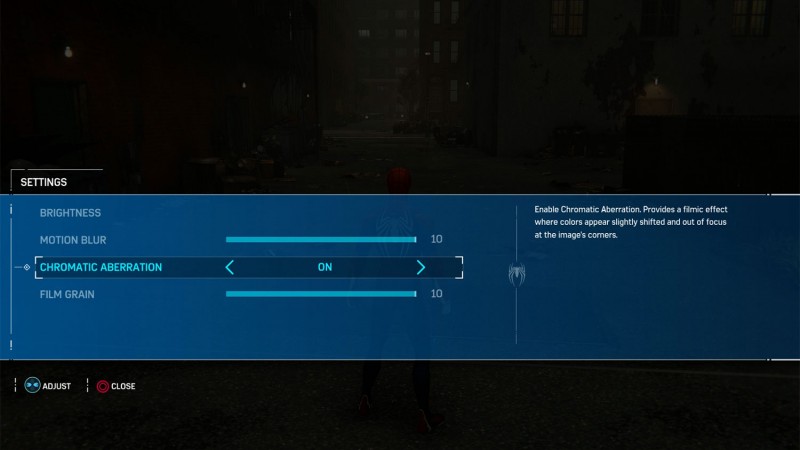 Your biggest question finally answered: yes, you can turn the chromatic aberration on and off. You can finally stop asking the devs about it on twitter. 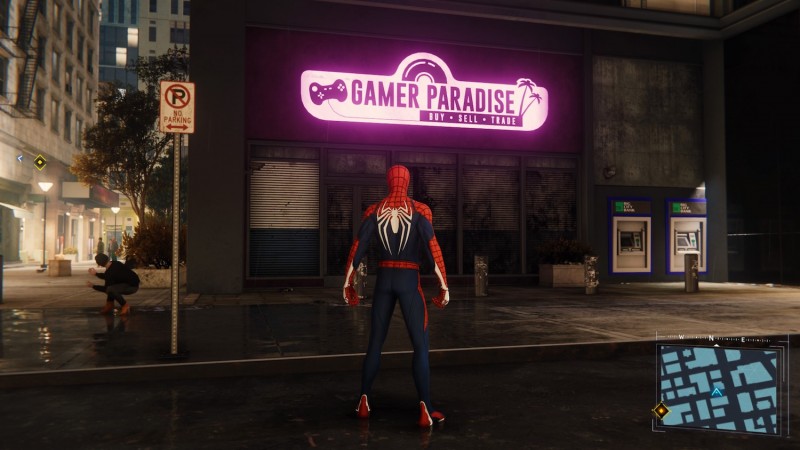 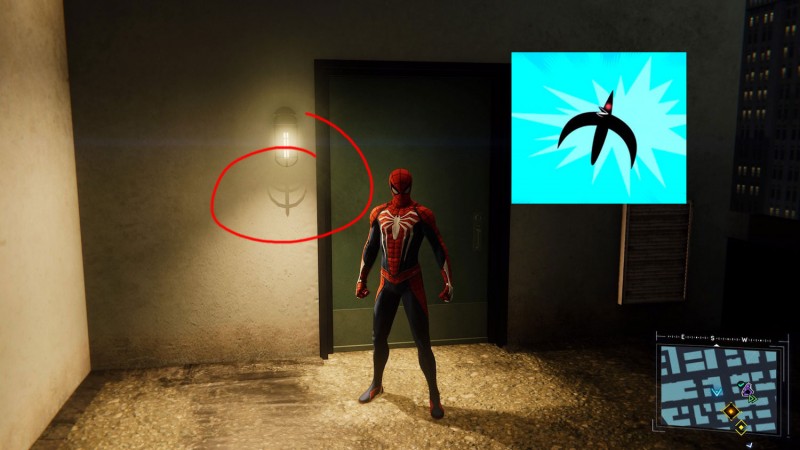 Is that a reference to Birdarang from Teen Titans Go!? Probably. 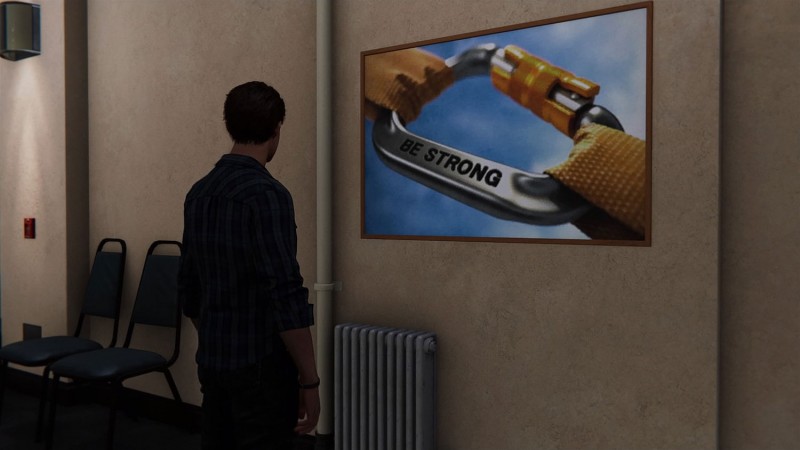 Even Peter Parker (who is Spider-Man) needs a little poster motivation sometimes. 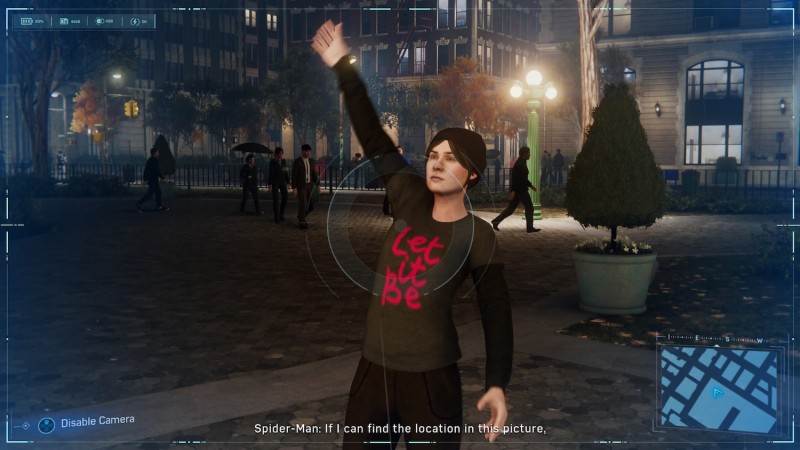 With Paul McCartney's in-universe appearance in a Destiny music video, it has long-been debated whether or not The Beatles exist in that universe. That debate will not occur around Spider-Man. The Beatles exist, and this woman is clearly a huge fan. 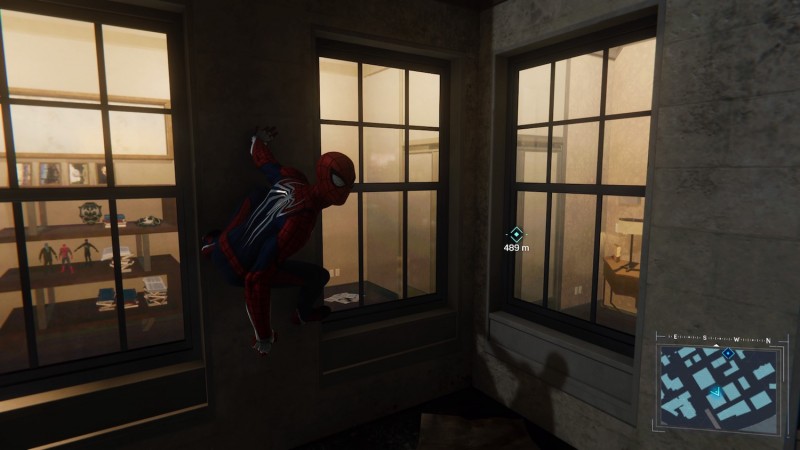 Action figures exist! And people put them on shelves!

So there you have it! You have now looked at an article about Spider-Man, but have not learned a single new detail about the game. Congratulations. For some real information about Spider-Man (that is also spoiler-free), you can read Reiner's review right here. We will also have plenty more features about the game in the coming days so keep an eye out!