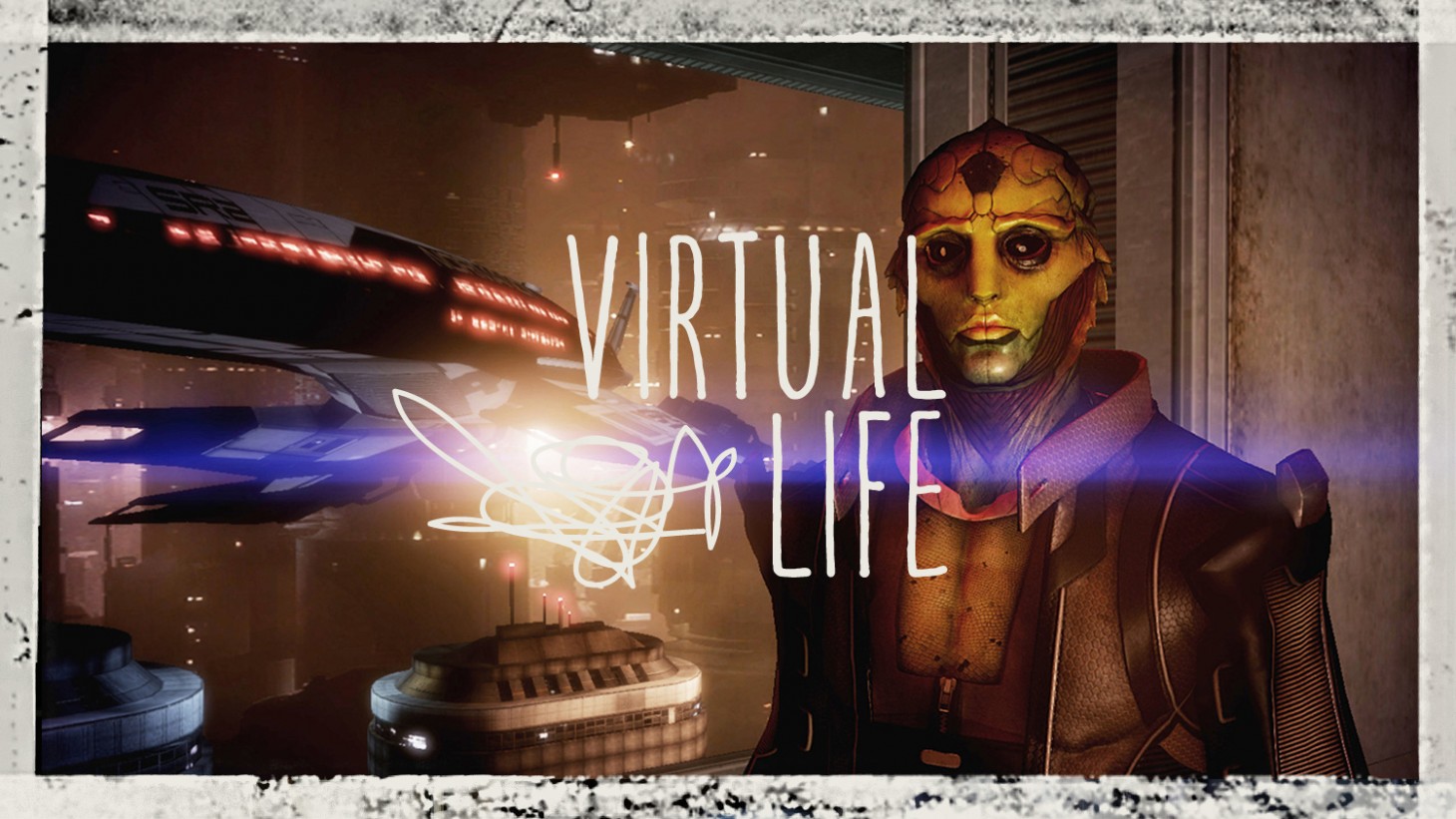 Let's Talk About Why Gaming Rituals And Routines Are Important

Getting a job in games journalism was an interesting experience in that it meant that one of my biggest hobbies, timesinks, and forms of escapism had suddenly become a 9-to-5 job. I had worked as a full-time freelancer for a couple of years and that was pretty labor intensive, but there was still this notion in my head that I was just someone who played games and happened to get paid to write about them.

Moving to a new place and having a desk in an office where I sat and wrote about video games shifted my mental landscape in ways good and bad that we don’t necessarily need to go over here in detail. However, the key point is that this amorphous, shifting element that had been a focal point in my life was now firmly entrenched in the professional.

A while ago, I ditched playing games as the thing that I use to blow of steam, dedicating too much of my time to games. I told myself I’d only play games for work reasons and find other things to do in my free time. I worked on a visual novel I’m making with some pals,  and I started climbing for exercise, watching a bunch of classic movies, and reading novels daily. I was filling in my life with non-gaming hobbies.

However, I recently started missing playing games for non-work reasons, so I came back to them with the promise that I would only spend one or two of my personal hours playing games to strike a balance. First, I replayed all of The Witcher 3: Wild Hunt, wandering the continent and solving people’s pest problems for them for a couple of months. It was a nice way to settle back into the idea that games could be a fun thing I still do in my life without danger of my professional career tampering with that or soiling my enjoyment. After my travels with Geralt, I brushed off the dust on my Switch and started going to sit in cafés every other day or so. 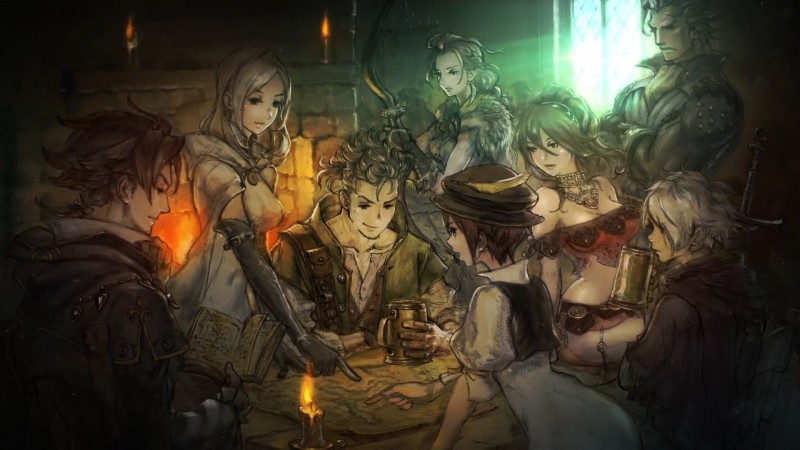 I’ve been going to a place down the block from where I live that has all these leather chairs and a very quaint, brown oak aesthetic. The past two weeks I've been a fixture there, sitting down with a cup of black coffee next to me and Octopath Traveler in my lap (and maybe a side of Dead Cells). In that time, I’ve been thinking about rituals. Not the sacrifice-innocent-lives-to-The-Dark-Lord-for-dollops-of-power kind of rituals. But instead, the sort of routines that we fall back into, sometimes day-to-day, other times year-to-year, for whatever reason.

I used to dismiss these sort of these things as an open-shut case of escapism. I’ve written before about needing to get lost in Hyrule when the world sucks and I’m sure there are countless people who disappear into World of Warcraft or Destiny every day to get away from their problems. However, there’s a bit more there than just getting away from your troubles. At their best, rituals are little acts of magic that pull back the cover of our terrifying world to reveal the tunnels of goodness beneath. When I’m sitting there in that café, drinking from a cup of coffee someone has made for me just moments ago, enjoying a game that hundreds of people whose language I don’t speak spent years making, there’s some serious harmony going on there. The coffee, the game, and these things that these people made have value in my life, and I am taking the next 120 minutes to enjoy them as much as I can.

The wonderful thing about rituals is that everyone has them and they’re different from person to person, with every routine designed by that person’s values and interests. It’s a fascinating thing to me. Gaming rituals, in particular, are important because it’s easy to get swept up in the idea that games are products, priced and put out on a storefront, a catalyst for that classic gamer customer dilemma: “Is this thing I’m going to buy worth the 30 hours I’ll get from it?” They are those products because of the very nature of our international interconnected economical systems, sure, but they also exist as cultural artifacts, things that shape our day to day lives. 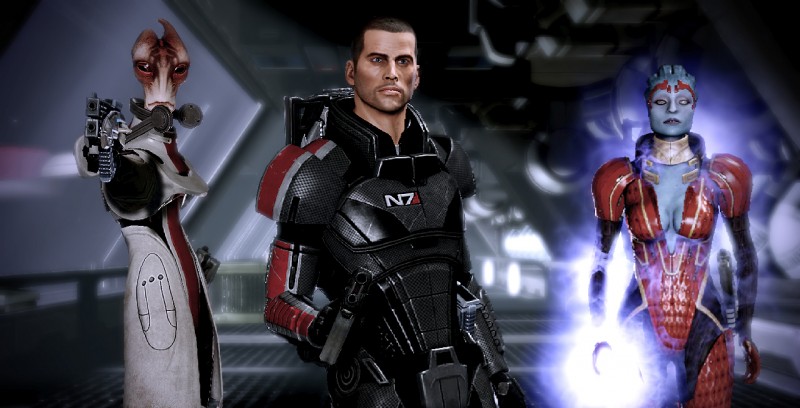 I play through all of the Mass Effect trilogy every year, once a year. Mass Effect 2 is my favorite game of all time. It’s the game that got me back into video games after being away for a while, that showed me the power of well-written cinematic sequences married to branching game design and just how complex the interactive adventure had grown in my absence. I’m never going to be able to experience replaying Mass Effect 2 for the first time again, but I can still feel echoes of that incredible experience whenever I see Shepard and company storming the metal shore of the Collector Base or when she's bonding with Garrus in the Normandy’s engine room. That magic is important to me.

This digital pilgrimage reminds me of the passion in the world in a way quite like nothing else does. That reminder is important because it means rituals and routines aren’t just escapism. They also help give your world structure – meaning in small moments that might otherwise frustrate because they seem so mundane and petty compared to personal ambitions or worldwide events. But just because something is small doesn’t mean it's insignificant. I love sitting there in that leather chair, playing the hell out of games on my Switch or my annual war with the reapers because it’s time carved out to pay respect to the things that I love most in the world.

I asked some of my co-editors for their favorite gaming rituals and they chimed in. I want to hear from you too, if you’re willing. Let us know in the comments below if you have any special routines with games that enrich your life in some way. 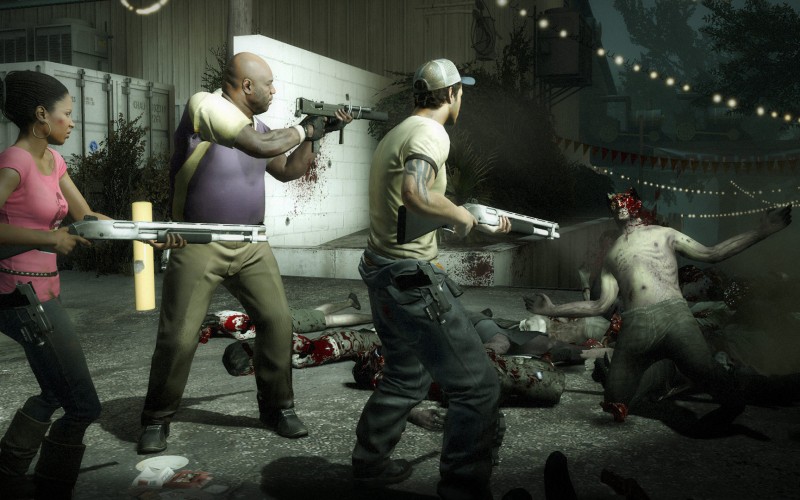 Brian Shea (Digital Editor)
For a long time now, my girlfriend and I have played games together for a few hours almost every evening as a way to unwind from the day and spend time doing what we love together. We have two TVs right next to each other, and we often play the same game together, which ranges from Splatoon 2 and Plants vs. Zombies: Garden Warfare 2 to our longtime and current favorite, Overwatch.

Kyle Hilliard (Senior Associate Editor)
Whenever I would rent a game back in the day, I would have to watch the full attract-screen loop before I started playing. Attract screens have pretty much disappeared at this point, but when they were present, they were the closest thing to getting a trailer for what you were about to play in the pre-video Internet days.

Imran Khan (West Coast News Editor)
I used to play Left 4 Dead 2 with friends every night for something like two years. We accumulated thousands of hours in the game each and at some point it became less of a game and more just a way to hang out, chat, and trash talk each other jovially. It was basically a gaming poker night.