Since its days as a Half-Life 2 mod, Insurgency has built a reputation for its hardcore, realistic combat focusing on modern warfare. Players will get the chance to take on the latest entry in the series and put their tactics and twitch skills to the test when Insurgency: Sandstorm launches on September 18.

Developer New World Interactive also revealed there will be two beta events before the game's release. To get into the beta, you have to preorder the game. The first beta runs August 9-August 13 and the second is scheduled to start through weeks before launch, though no specific date range has been given.

Sandstorm Initially was supposed to have a singleplayer component but New World canceled it to focus on the multiplayer core of the game. For more on Sandstorm's beta, you can read New World Interactive's full rundown here, which includes what maps and modes can be played in the beta.

Insurgency: Sandstorm is one of our most anticipated shooters of this year. Here's why. 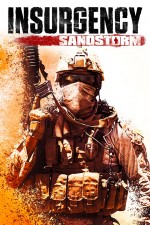