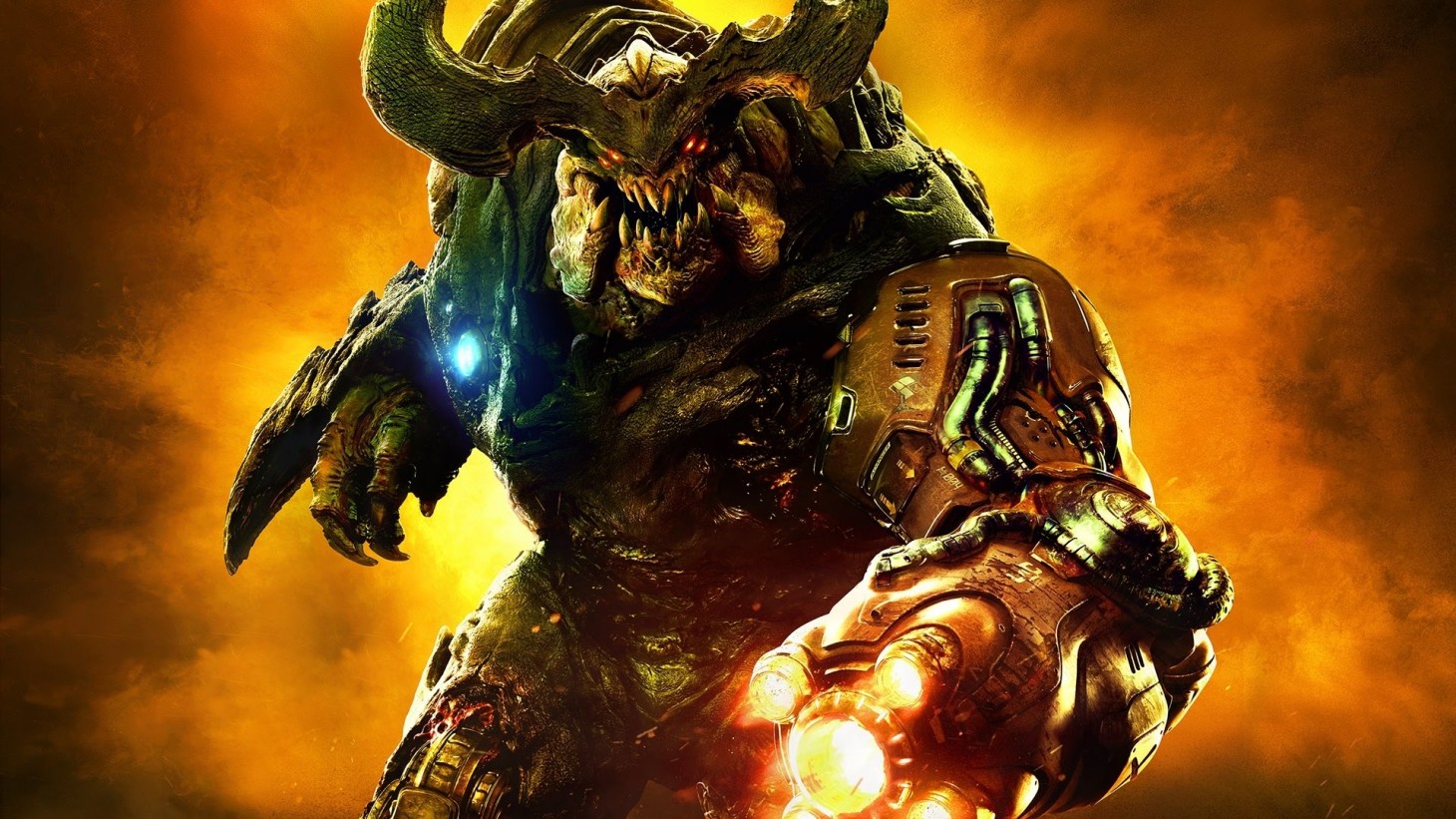 What We Want From Doom Eternal

Doom’s 2016 reboot could have been an utter failure. After a mixed reaction to Doom 3, id Software went back to the drawing board and stayed there for a long time. Struggling to find a place for the classic shooter in the modern gaming climate, the studio initially started work on the colloquially-titled “Call of Doom.” Taking a page from the gritty, realistic military titles of the day, this version would have seen fighting across grey cityscapes and lots of ducking behind waist-high walls.

Call of Doom never saw the light of day. Instead, we got a loving throwback to the series’ roots: no reloading, no cover, no fluff. The Doom reboot ignored many of the conventions that define this decade of first-person shooters while adding just a few key elements of its core formula. In doing so, id created an experience that felt both new and excitingly primitive. We said it was an “unrelenting, kinetic, and obscenely bloody return to form.”

This E3, Bethesda and id announced Doom Eternal, a sequel to the 2016 reboot. The teaser showed off a massive city enveloped by hellish energy, with fleshy vines wrapping around skyscrapers and every manner of demon rising to meet the iconic Doom Guy.

At QuakeCon, id will give us a deeper look at the first gameplay footage from Doom Eternal, but we can’t wait that long to start talking about the game. Instead, here’s our hopes for how this infernal follow-up can improve on the originals.

Fans were initially apprehensive about the introduction of “glory kills,” scripted melee takedowns, into the legendarily fast gameplay of Doom. In addition to the normal shooting and chainsawing, any enemy could be weakened enough that they player would be prompted to approach and rip them apart by hand. Although the brutality was appropriate, early demos looked sluggish. But upon release, glory kills were fluid, responsive, and an invaluable addition to the player’s toolkit.

The kills are wonderfully over the top, and the game even factored in direction and perspective into the animations; approaching from different angles provide a variety of ways to end that demon’s life. But glory kills also serve an important gameplay purpose, rewarding far more health and ammo than other methods of dealing death. This encourages near-death players to make even riskier decisions, running right into the fray to regain HP instead of hiding around a corner.

Although glory kills are endlessly satisfying, there’s still room for improvement. In games like Far Cry or Shadow of Mordor, melee kills can be chained to nearby enemies in a graceful dance. Doom should implement a similar ability – if we stun a whole group of imps, we want to be able to smash through every member of that group like a wrecking ball. Similarly, different types of enemies could be used against each other, like throwing a Pinky demon at a horde of baddies or stuffing a possessed soldier into the mouth of a mancubus. Doom Eternal could take a page from God of War and let us use grunts as a battering ram and/or a fleshy meat shield. The possibilities are disgusting and endless, and we want all of them.

A Story That Knows Its Place

Doom isn’t subtle about the temperament of its protagonist. In the beginning of the 2016 reboot, you’re greeted by a robot voice.

“Welcome. I’m Samuel Hayden,” he says through a monitor. “I think we can work together and resolve this problem in a way that benefits us bot-”

And then you throw the computer screen into a wall. The story of Doom is that you don’t care about anyone else and everything on Mars should be terrified of you. Then, you kill everything on Mars. And it rules. Id also hid documents, audio logs, and other files in the game if you have a desire to learn more about the world, but they never get in the way of the carnage.

Doom Eternal doesn’t need a lot of setup, nor does it need extensive dialogue. Over more than 20 years, we’ve learned that the Doom Guy is a singularly violent force of nature who exists almost exclusively to kill demons and smash anything else that stands in its way. This is as pure a story as exists in games, and it doesn’t need reworking.

Here’s our pitch for Doom Eternal: Doom Guy comes home to earth, only to find out that demonic hell energy has taken over most of the planet. With a well-timed pump of his shotgun, we can tell that he’s determined to take it back. That’s it. 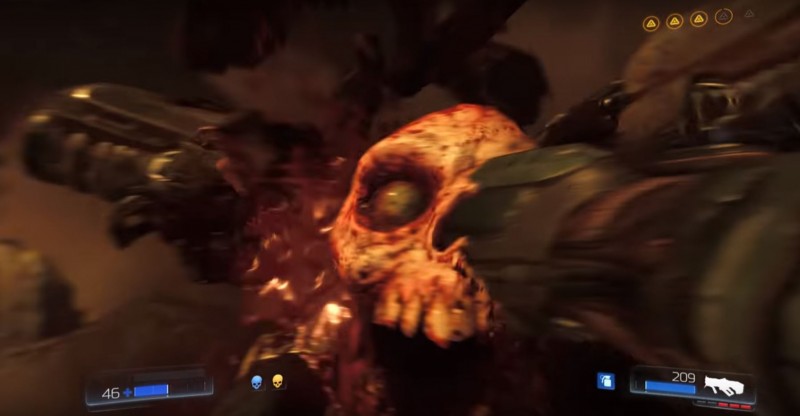 To go along with Doom Eternal’s perfectly written story (you’re welcome, everyone), id needs to keep its gameplay consistent. We don’t want moments where control is wrestled away from us, or long stretches where we must stumble forward slowly. God of War this is not. For as much of the game as possible, we want to be running forward at what feels like 50 miles per hour, swapping between all our weapons, and tackling scenarios in the way of our choosing.

However, we don’t want too much choice. Doom Eternal’s landscape looks vast, but we’d hate to see it become an open-world title. Part of the thrill of Doom is impeccably designed “kill rooms;” you enter a room and leave when everything is dead. Although a bit artificial, these rooms allow for tight level layouts and enemy patterns, promising an interesting fight every time. We have Rage 2, Mad Max, and plenty of other games where you can drive around a giant wasteland. We want Doom to be a tight rollercoaster ride that we want to experience again and again.

Although arcade mode wasn’t included at launch, it quickly became one of our most-played aspect of the reboots. The mode adds an ingenious scoring system that rewards quick chains of kills, creative weapon swaps, and thorough knowledge of the levels. It also removes all of the non-combat portions of levels, stripping Doom down to its essential parts.

Doom Eternal should go wild with this concept. We want to be able to play levels of the campaign as a score-attack challenge, and we’d love for id to experiment with different rulesets for specific scenarios. Maybe one level only includes a chainsaw and a rocket launcher, or requires constant glory kills to make up for slowly draining health. This is the place to play around with fun gimmicks and require further mastery of various mechanics.

A separate mode a la Resident Evil’s The Mercenaries would be even better. Discrete arenas with timing challenges, resource management, and infinitely spawning foes could taunt players with high scores and medals just a little bit higher than their current scores. Any place where you could kill infinite demons would fit right in with Doom’s sensibilities. 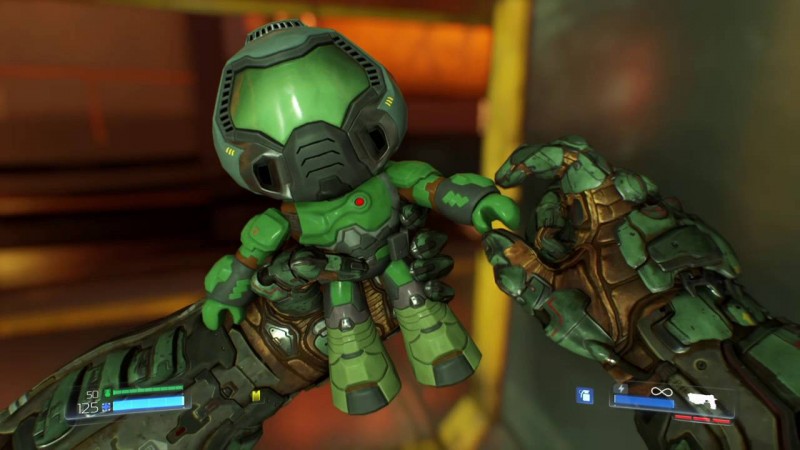 Doom is not Quake, so Doom shouldn’t have a similar approach to competitive multiplayer. Seeing a bunch of similarly-suited space marines bouncing around and firing rockets at each other for XP isn’t a power fantasy, it’s a goofy emulation of more successful series. The 2016 reboot’s multiplayer was designed by a completely different studio, and it was utterly forgettable.

But that doesn’t mean Doom Eternal should be limited to its solitary experience. Instead, new co-op modes could allow the game to throw even more insurmountable odds against you and a friend. This would work best in the previously-mentioned arcade arenas. Performing combos and glory kills in coordination with your friends would offer even greater flexibility in combat strategies. Maybe one player could handle the cacodemons flying in from above, while the other could mop up all the imps and soldiers on the ground. Even better, two players shooting their BFGs into each other could trigger a chain reaction of unimaginable devastation. Plus, how cool would it be to look behind you and see your buddy tearing apart a cyberdemon? The answer is incredibly cool 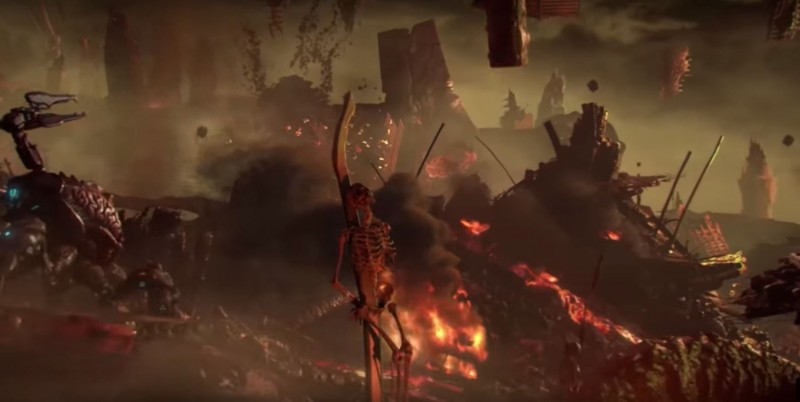 1993’s Doom has experienced 25 years of the best mod support a game could ask for. From a western shooter to Ghostbusters simulations to a full 3D Sonic title, Doom was the school where many modders taught themselves. Unfortunately, the more recent titles haven’t kept up that legacy. 2016’s reboot shipped with “Snapmap,” a level creator intended to encourage user content, but the tools given to players weren’t powerful enough to create anything as exciting as the original game.

Full mod support for Doom Eternal would ensure a constant supply of new weapons, bizarre enemies, and cool twists on the formula. Imagine having access to every model of BFG from every version of Doom, or adding all the 1993 sound effects back into the mix. Demons could spout rainbow blood from their wounds while Doom Guy flies around on a jetpack. The possibilities are endless.

Although video game sequels are sometimes criticized for being too similar to the original, there still isn’t much on the market like 2016’s Doom. Even if Doom Eternal repeated the reboot’s speed, brutality, and combat flexibility, it’d still stand apart from most shooters on the market. With these tweaks to the formula though, Doom Eternal could be a landmark demon-slayer for years to come.

Just, for the love of all that’s unholy, don’t change the soundtrack.