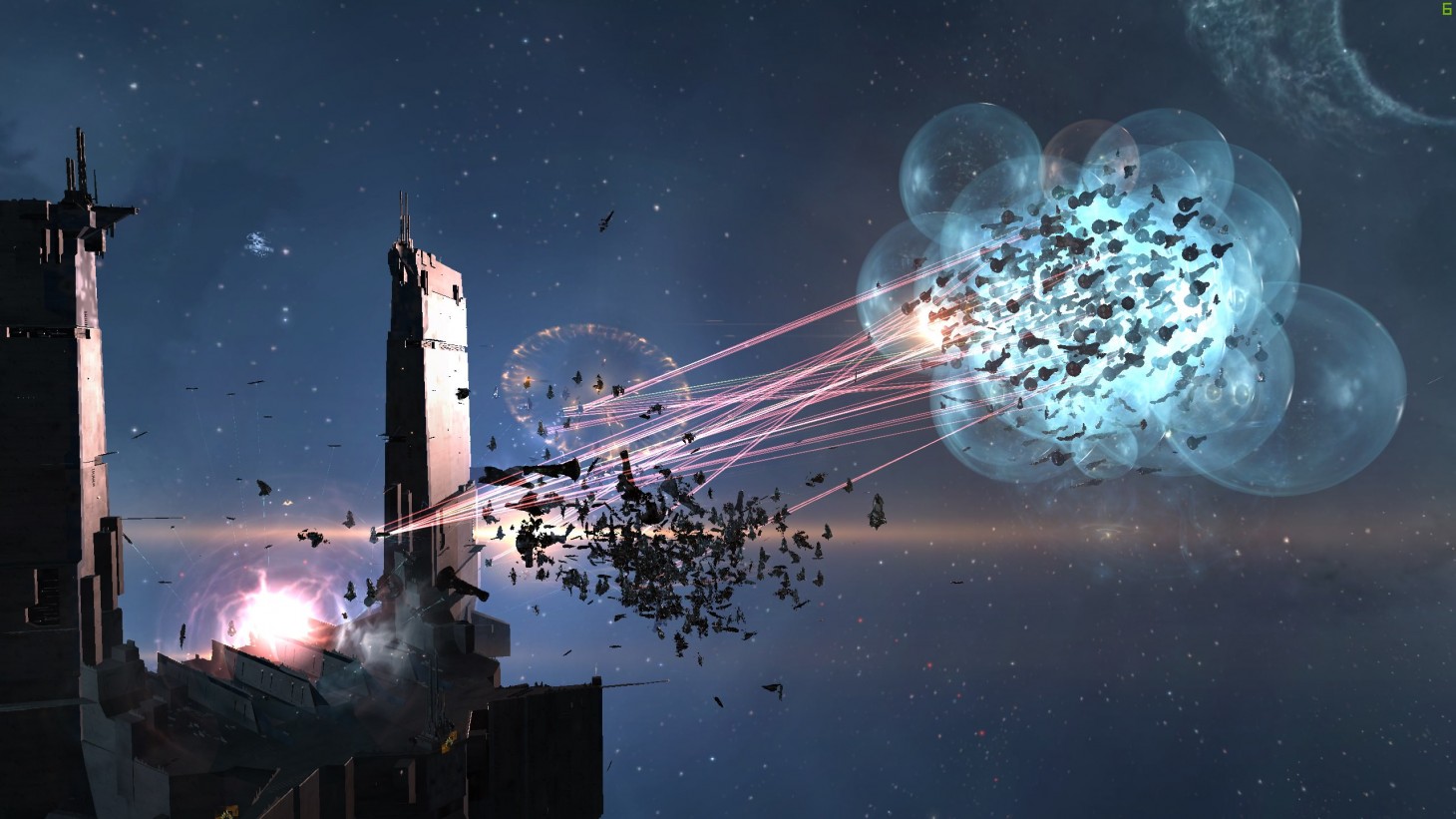 EVE Online is an intimidating MMO. On one hand, it routinely creates extraordinary space battles between thousands of opponents, each of whom pilot ships that took hundreds of real-life hours to create. On the other, high-level play often looks like a series of spreadsheets instead of any Han Solo-esque maneuvering.

Yesterday, the game's massive scale was put on full display. The Imperium Faction attacked a vulnerability in a Northern Coalition's Keepstar (essentially a Death Star-scale station), and the Northern Coalition and their allies showed up to defend it.

The largest pilotable ship in EVE is a Titan. Obtaining one of these behemoths takes hundreds of real-life days of work, and in this clash, both sides lost dozens of them. At last count, Imperium was down 27 and Northern Coalition was down 29. The currency in EVE Online can also be roughly converted into US dollars; current estimates have the total damage from the battle at somewhere between $80,000 and $120,000.

Our Take
We can't know how this will change the larger ecosystem of EVE Online, but it's always exciting to learn that even the wealthiest pilots won't hesitate to throw their ships into the fray.