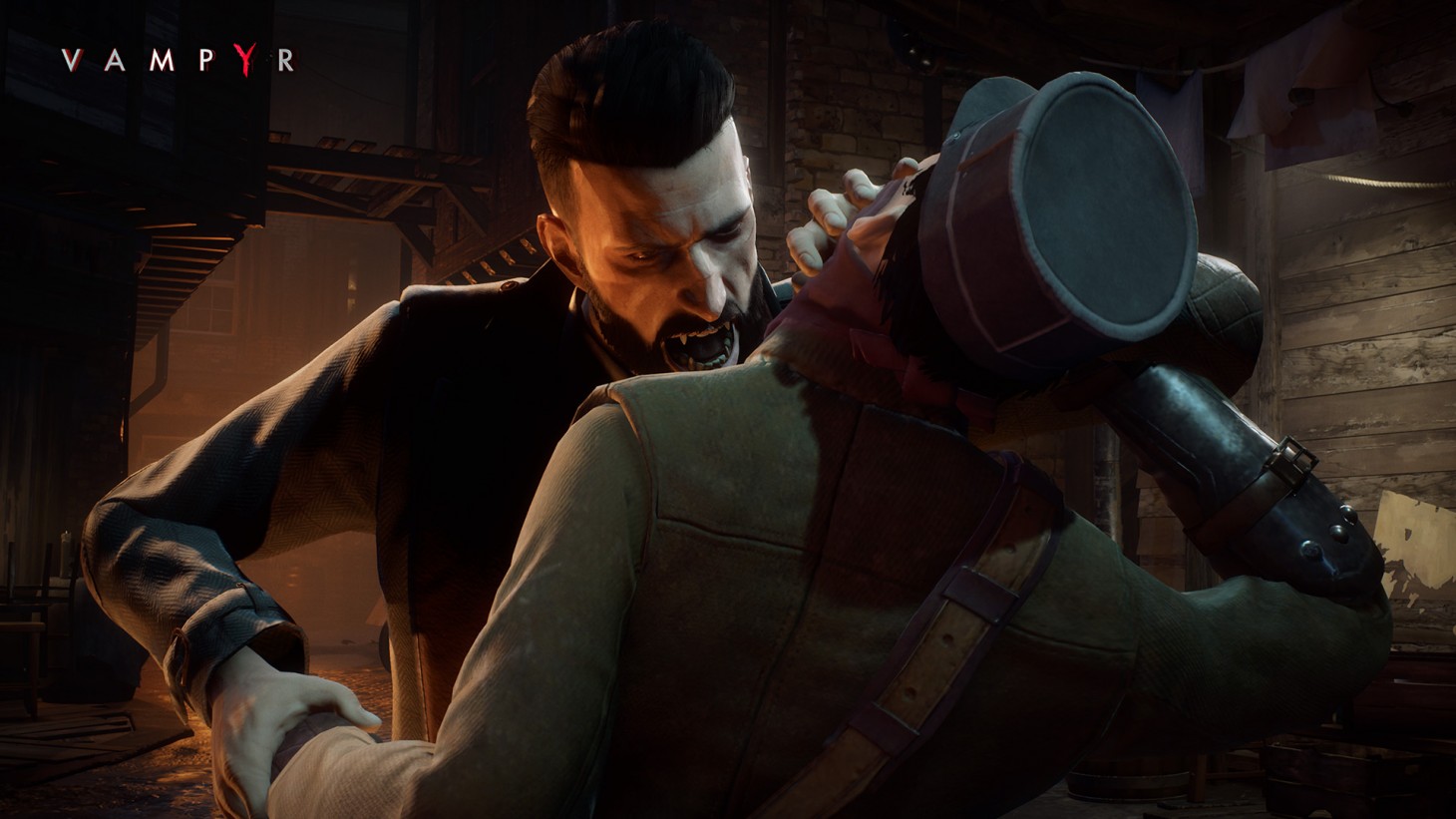 Return To London With These New Vampyr Difficulties

Vampyr is getting two new difficulty modes later this summer. The open-world vampire simulator will allow you to experience the story again (or for the first time) with a new hard mode and a story mode. Both of these are new difficulty options, where the game previously had none at launch.

The hard mode amps up the challenge of encounters and gives you fewer experience points for defeating enemies, forcing players to "embrace" (Vampyr's jargon for suckin' blood) more citizens in their playthrough. The story mode de-emphasizes combat greatly, allowing players to go through the story with much less difficulty. The original title had some odd spikes in challenge, and the combat could become very tedious, so the new mode is appealing for those wishing to replay the story to see all the many, many story permutations.

The update comes alongside more optimization for the game and a 25-percent off sale on Steam, so those waiting jump in can get to being a pale spooky man on the cheap now.

I really enjoyed Vampyr immensely, and I would love to jump back in to see more of the story. On top of that, I wish the game forced you to have to embrace more citizens, so both of these difficulties appeal to me. The story mode is definitely a boon to the game, as many found the combat a slog.
On
On
Off