Microsoft revealed a new narrative drama, As Dusk Falls, during its Xbox showcase this morning. The game, which is set in the American southwest, is being developed by Interior/Night, a studio led by Quantic Dreams' former lead game designer Caroline Marchal.

The title follows a pair of families who were trapped in a hostage situation, and then explores how that event changed them over the course of several decades.

As Dusk Falls is being published by Xbox Game Studios. 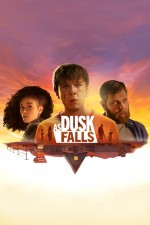