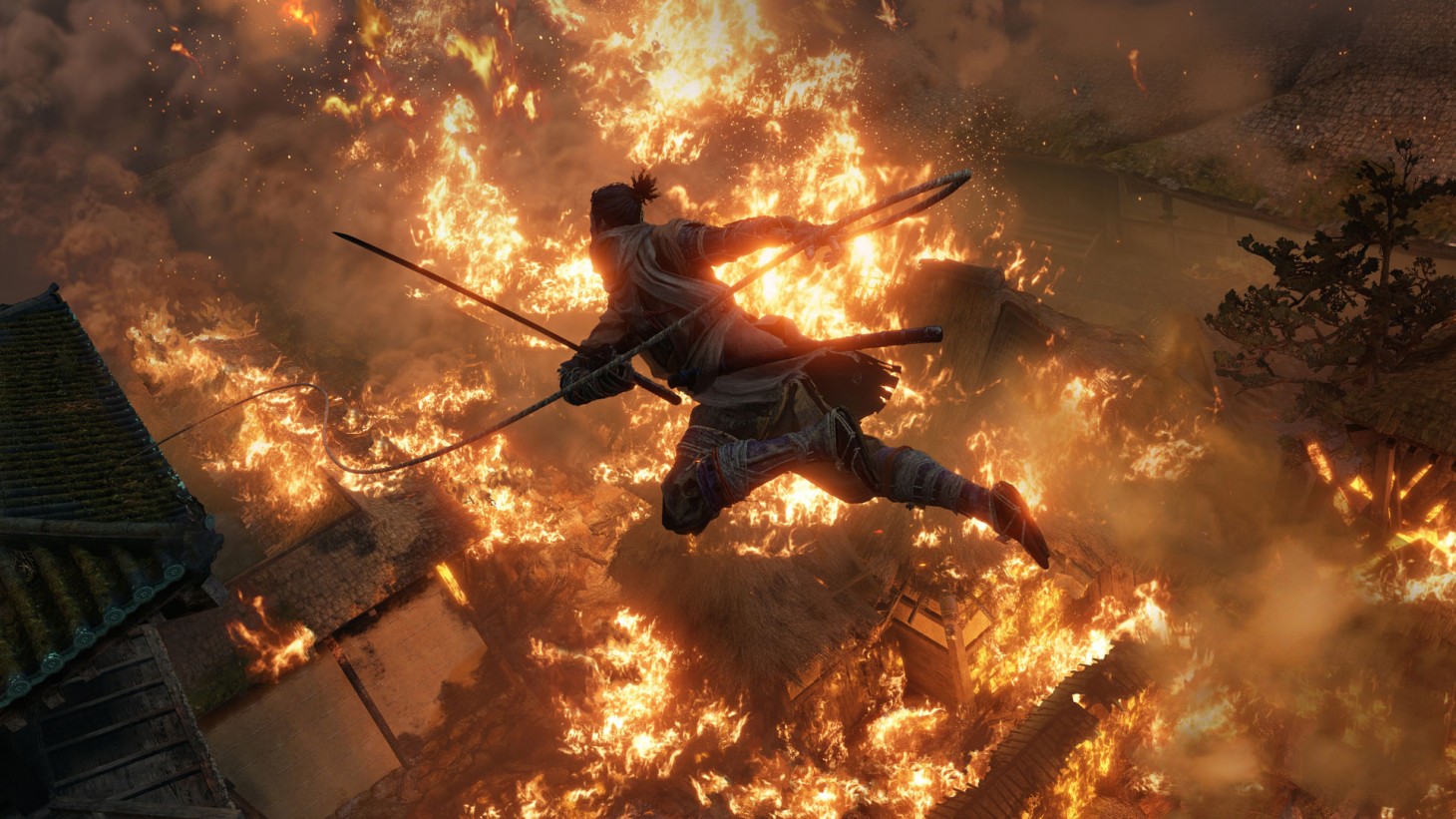 The Division 2 and Sekiro are hot right now at the Game Informer office. Some of us are still in The Division 2's early hours, while others are grinding for gear in the endgame. Our office masochists, meanwhile, are tackling the unforgiving Sekiro, learning that the journey of a thousand miles begins with a single step. And also a thousand deaths. And maybe swearing.

What are you playing this weekend? Drop into the comments and tell us your plans!

Javy Gwaltney — my weekend is comprised of pupsitting my partner’s shiba, watching Ingmar Bergman movies, and slashing my way through Sekiro.

Ben Hanson (@Yozetty) – The weekend is here! I’m ready to play some more Baba is You on my Switch, and hopefully I'll find the time to keep playing The Division 2 on PC. I was skeptical about whether I’d get into The Division 2, but Ubisoft eases you into that game like a smooth, bubbly hot tub. Really smart on-ramp for that thing. Other than that, I might check out this RPG called Outward that people are yelling at me about on Steam. Oh, and I’ll be playing more board games like Sheriff of Nottingham. Have a good weekend!

Jeff Cork – I finally got The Division 2, and I can already tell that it’s going to be where I live for the next few weeks. I’m only about an hour in so far, but that number’s bound to increase dramatically (depressingly?) over the next couple of days. Here’s hoping the turret remains viable as long as possible, because right now the feeling of “Press button, clear room” is wickedly great. And I’ll probably play a few rounds of Overwatch, because it’s just part of my life at this point, like breathing.

Leo Vader (@LeoVader) – I will continue blasting in The Division 2! The whole endgame control point loop is so smartly designed, fun, and rewarding. So I will continue grinding for blueprints there! Beyond that, new old Hitman Elusive Target and maybe more Sekiro if I'm feeling strong and brave! HAGS!

Kyle Hilliard (@KyleMHilliard) – I thought I would be seeing Dumbo tonight, but while driving my daughter to school this morning, we listened to a negative review of the film and that made her lose interest. Or maybe she wants to go even more now? I guess I will find out tonight. I know Tim Burton has become one of those creators that are hated because they made a bunch of things and a few of those things were not as good (or significantly worse) than the things he made first, but I still generally like him. I’m curious to see what his Dumbo will look like, but my bold prediction is that I won’t like it. Also, video games, I guess.

Suriel Vazquez (@SurielVazquez) – Hiking in the mountains of Japan with my girls Jade and Skarlet.

Nathan Anstadt (@NathanAnstadt) – This weekend, I’ll be spending time with my brother going to a Twins game and a concert, but when I’m not busy being social, I’m sure I’ll find some time for video games. I’ve been playing through Shenmue, and while it isn’t the best, I’m committed to seeing it through. And if I squint real hard (like all the way shut), I can pretend it’s Sekiro.

Hunter Wolfe (@Hunter_Wolfe) – I have a fun weekend planned! I'm moving to Minneapolis once the internship ends, so I'll be doing an apartment tour and, if I'm really awesome, mattress shopping. In gaming, I'll be shootin' and lootin' in The Division 2, which I'm really loving. And Shadow of the Tomb Raider got some hot new DLC that I'm eager to explore. Lava! Tombs! Yeet!