In today's NGT, Dan Tack takes Leo and me on a dangerous expedition in Curse of the Dead Gods. The dungeon crawler/roguelike is coming soon to early access, and the version Tack plays hasn't been completely tuned and balanced. That's all to say that he dies. But he does it for you!

In the finished game, players will be able to carry over small elements of their progression between runs, which should help alleviate some of the difficulty. Even in its early form, you can get a nice sense of what Passtech is going for, however. Traps! Cool weapons! ...Corruption? It's all here and more!

Curse of the Dead Gods is coming to early access on PC soon - you can check out the new trailer below! 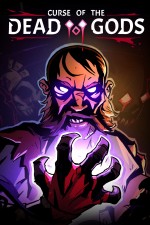