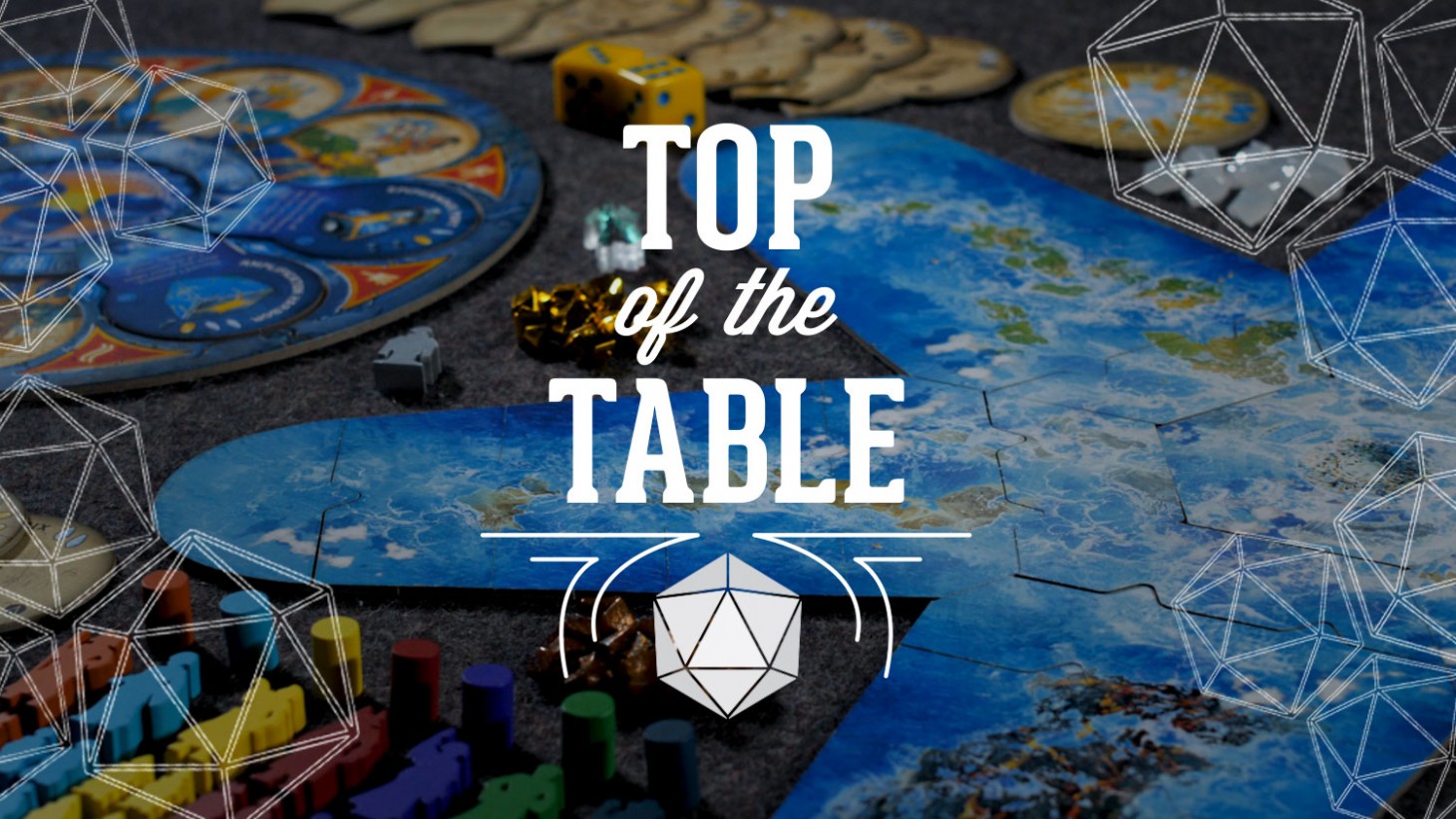 It’s a good time to focus on working together, and there are some tremendous board games that focus on just that experience. Cooperative tabletop gaming has been on the rise for years; a wealth of great options are waiting to be discovered.

Highlighted here you’ll find seven very different takes on the cooperative gaming experience. Any one of them could be a good fit for you and your group. Most folks are spending a lot of time at home these days, and these selections should be ideal fits for a family, friends, roommates, or any other group that might be in isolation together. 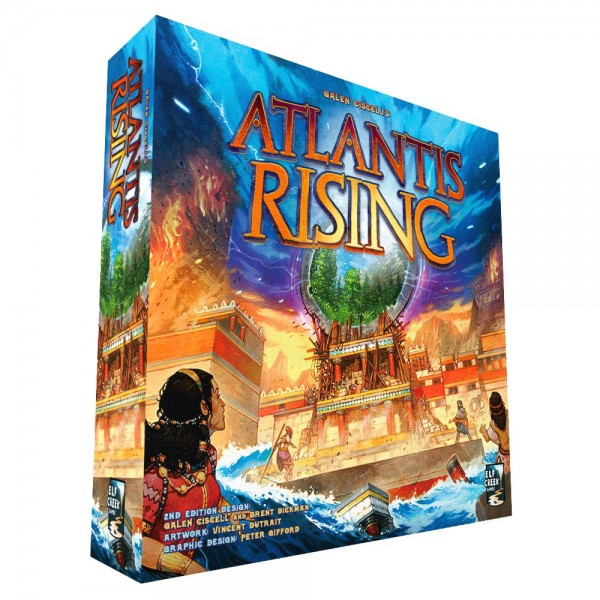 The gods are angry! Atlantis has grown too powerful with its mix of mysticism and technology, and the island is now sinking beneath the waves. As leaders of this grand civilization, you must build a cosmic gate through which the population can escape, or face defeat as the island is lost to the ocean amid the endless assaults by vengeful deities. Employing a fascinating mix of worker placement, push-your-luck, and dice-rolling mechanics, it’s a game of tension and thoughtful planning, filled with evocative art and a captivating setting, built for one to seven players to enjoy as a group.

As each turn passes, the most valuable spaces to collect new resources fall into the sea, demanding hard choices about where you go to gather the essential pieces needed to craft the gate. As a bonus, Atlantis Rising also supports a broad range of player counts, from solitary play all the way up to seven simultaneous teammates. If you’re looking for a cooperative game unlike anything you’ve played before, it’s well worth trying to save this doomed civilization. 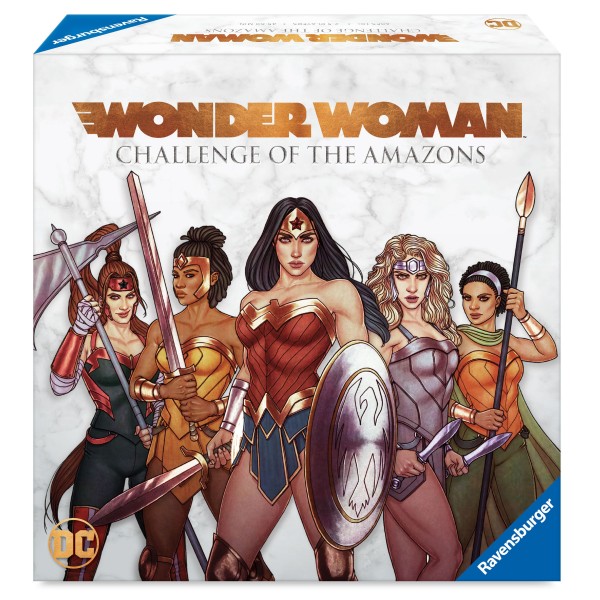 DC’s most well-known superheroine finally has an excellent game to call her own. In this brand-new cooperative adventure for two to five players, Wonder Woman teams up with her fellow Amazons to take on the likes of Ares and Cheetah. The game plays out on the mythical island of Themyscira, and demands that all players capitalize on their unique abilities as they collect ancient and powerful relics like the Lasso of Truth. Challenge of the Amazons features an extremely clever design twist: Players can strategize together at the start of a round, but then additional card options come into play once the fight begins, representing each character’s combat instincts, sometimes allowing an individual player to go rogue from the plan to enact a brilliant strategy of their own. The Wonder Woman board game features gorgeous character art and components, including some especially striking bronze-colored miniatures that lend the whole affair the appropriate mythological flair. 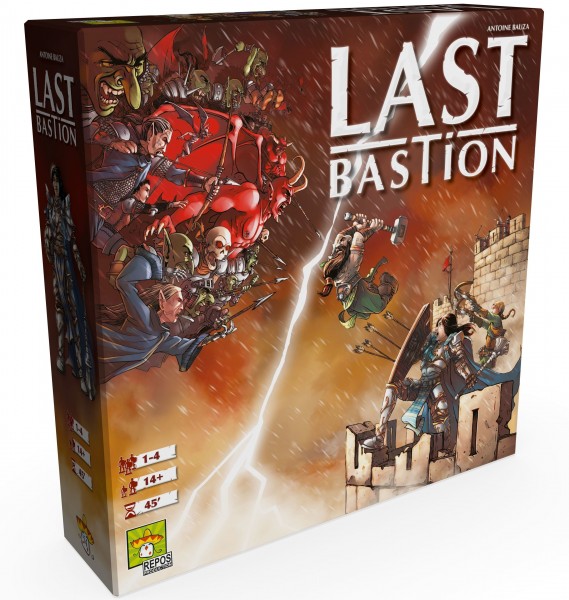 Based on the mechanics of the classic cooperative board game, Ghost Stories, Last Bastion casts you and your friends as mighty fantasy heroes ensconced in an ancient fortress while hordes of undead monsters and demons assault the walls. Playable in about an hour, Last Bastion is one of those rare games that offers an accessible learning curve, but is also carefully balanced to be challenging to win. Sturdy components and attractive miniatures help bring the game to life, even as the smartly paced turns and limited action choices demand nearly constant difficult decisions for every player at the table. Win or lose, the constant sense of encroaching danger perfectly captures the vibe of the desperate final stand against the odds. Anywhere from one to four players can enjoy an attempt to hold down the fort. 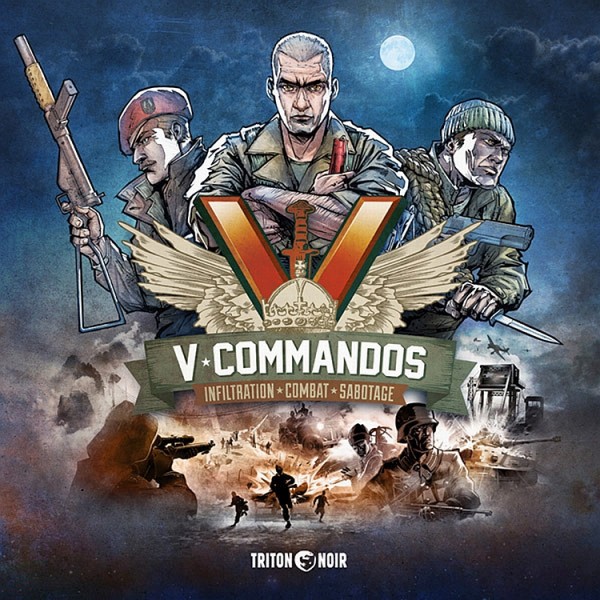 Do you have a group of military history buffs? Then V-Commandos might be the right fit. This engaging and tense strategic game for up to four players casts the players as World War II commandos from a variety of allied nations, sent out to accomplish specialized objectives across the theater of war. Your commandos are always outnumbered, and must move stealthily but quickly to accomplish their tasks, and then get out alive. Tons of randomly dropped items (like German uniforms for disguise, or additional weapons) lend variety to the experience. It’s great fun to see the game transform from a careful stealth approach to a wild action shootout as enemy soldiers swarm the area.

V-Commandos has a straightforward approach to action and turns, so the focus can remain on the unique capabilities of your different soldiers, as well as forming a coherent strategy for tackling each objective. The modular tile-based board allows for a tremendous array of potential scenarios, and the game includes several dozen terrains to tackle in quickplay format; once you know the game, you can get through a terrain’s encounters in about 30 minutes. For more ambitious play sessions, you can tackle a whole operation of linked terrains. Fast-playing, tactical, and rooted in the flavor of WWII action movies, V-Commandos is well worth an engagement. 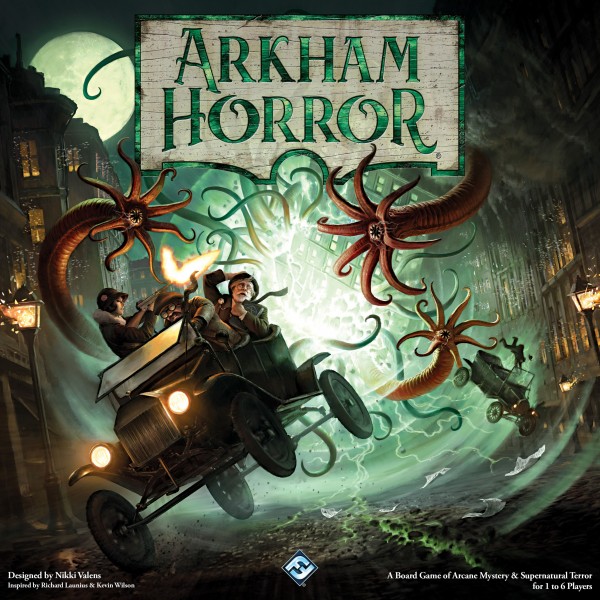 Arkham Horror holds an important place in the history and popularization of cooperative gaming. Not only did the earlier editions help fuel the rise of cooperative play, but the game (and the Call of Cthulhu RPG that inspired it) also deserves a lot of credit for the growing popularity of the Cthulhu mythos in the tabletop hobby. The newer third edition of the game is a worthy follow-up, maintaining the focus on existential horror, narrative choices and progression, and a constant sense that defeat is just around the corner. But the revision also features streamlined play with faster overall game sessions, a modular board that makes for more varied setups, and an approach to scenarios that leads to more dramatic shifts over the course of the session.

Like in previous versions, players take on the role of investigators who have come together to halt the rise of some ancient and inscrutable evil in the small New England town of Arkham. Up To six players move between locations, confronting encounters and uncovering clues, even as they face off in battle against cultists and horrific monsters. For groups that relish the tension of always being under the blade of defeat, and the sense that their characters are just barely making it out alive, Arkham Horror delivers exciting defeats, and every once in a while, a slim and satisfying win.

If simple party games are your thing, but you’d like a cooperative option in the mix, then go ahead and snag a copy of Just One as soon as possible. This incredibly simple but deeply fun word game challenges players to work together to guess a series of mystery words. One player draws a card  (without looking at it) that includes the mystery word, and the other players must write down a clue that will help that player guess what the word is. The twist is that any repeated clues are disqualified – so you must think carefully about how to help out. Try to get as many successful mystery word guesses in a series of 13 cards, and see how you do!

Just One is one of those games you can pull out and start playing, almost without introducing the rules at all. And, unlike many party games, it’s non-competitive, which can be very appealing to certain player groups. You’ll need three to seven players to make it work. 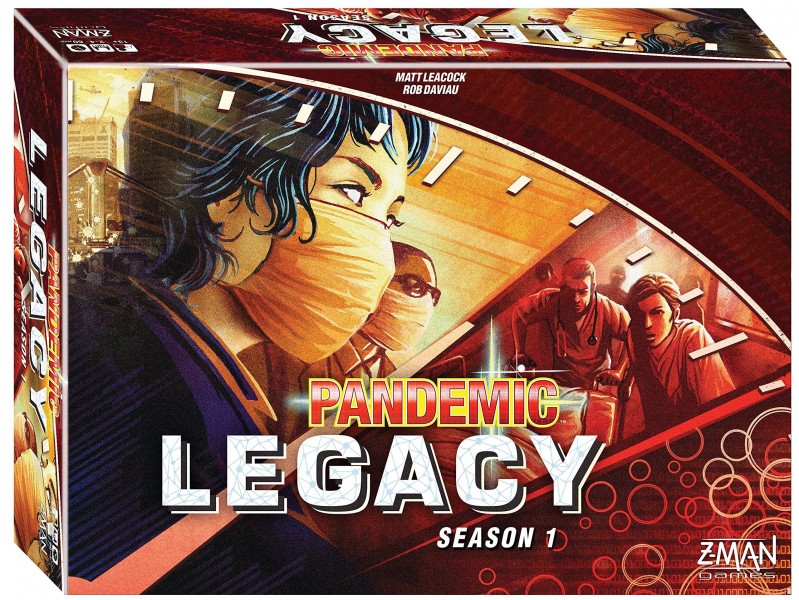 A lengthy catalog of games awaits players who are eager to explore the Pandemic game series. While a playthrough of one of these games might hit a little too close to home given the current health crisis, other players will find that Pandemic’s themes of cooperation to overcome a rash of worldwide diseases to be an empowering experience amid the present situation.

While Z-Man has produced a number of games within the series, Pandemic Legacy deserves special recognition for its depth and long-term play possibilities. Players work together as doctors and scientists to limit outbreaks and find cures, traveling around the world to trouble-spot cities even as the pandemic continues to spread. Unlike other games in the series, Pandemic Legacy has a linked story and events that play out over the course of multiple play sessions. The outcomes of one session carry over to the next, and create an emergent story that is unique to your group’s playthrough. It’s great fun, challenging, and an ideal option for player groups who want something to return to for multiple game nights in sequence. If you really love it, Season 2 is also available, continuing the story of humanity’s struggles with disease, but set several decades later.

These days, there’s no shortage of great cooperative games to try out, and I’ve only highlighted a few of my recent favorites here. Feel free to recommend your favorite cooperative tabletop games in the comments below, or if you’re looking for something different, don’t hesitate to drop me an email for a personalized recommendation. Happy gaming!