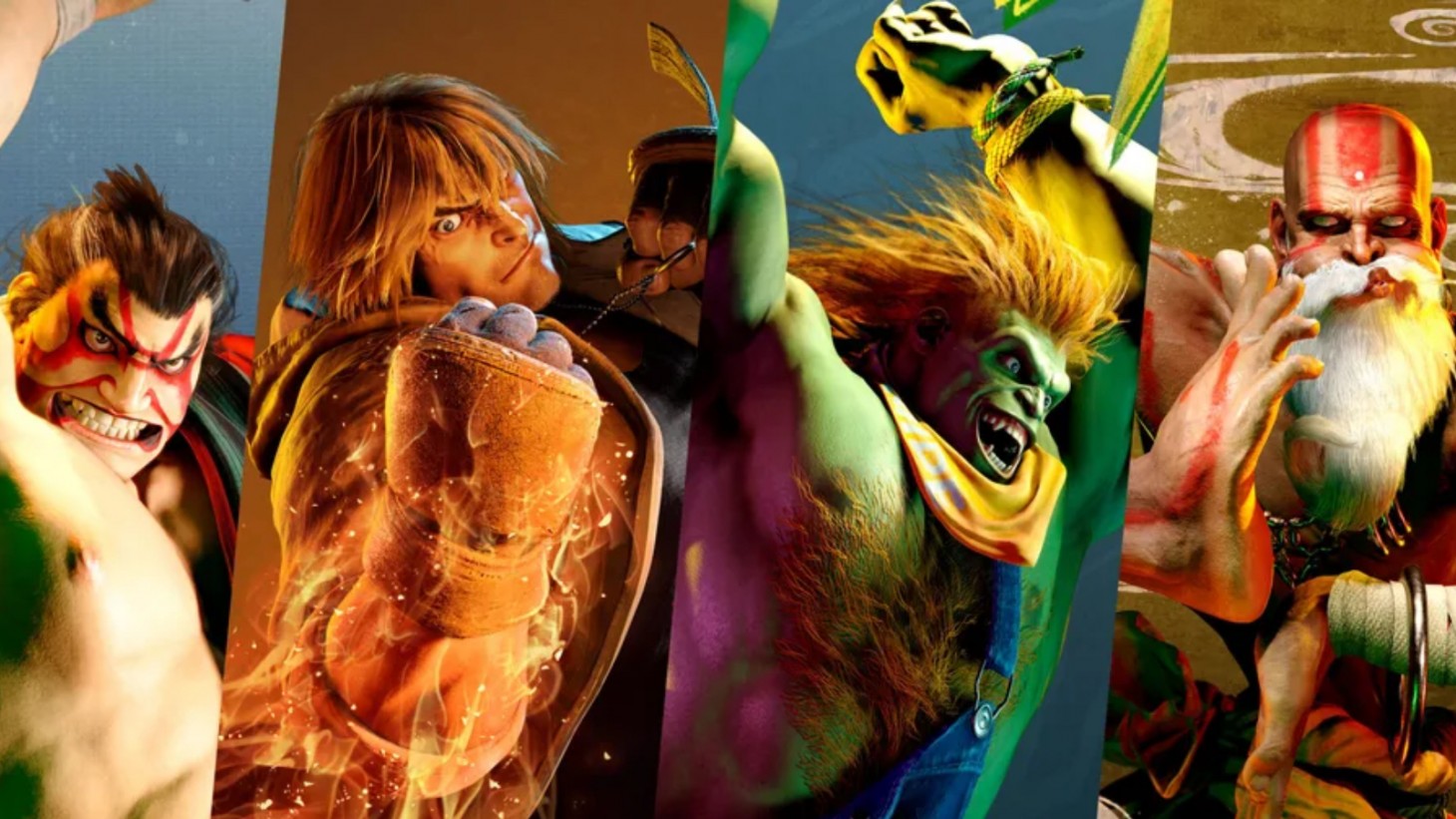 All of this Street Fighter 6 news came during Tokyo Games Show, which officially began today, and if you’re a fan of Capcom’s long-running fighting game series, strap in because there’s a lot.

Let’s start with the fighters.

Joining the Street Fighter 6 roster of fighters is Ken Masters, the former US National Fighting Champion and ex-VP of the Masters Foundation, Blanka, a kindhearted defender of nature and adventure tour guide, Dhalsim, a monk and yoga master, and E. Honda, a global sumo wrestler phenomenon.

Here’s what Capcom senior manager of social media and community Andy Wong has to say about each, according to a new PlayStation Blog post.

"We know the community has been waiting for this one (yes, we’ve seen the memes). Ken Masters is a former US National Fighting Champion and ex-VP of the Masters Foundation. Accusations of orchestrating a criminal plot have forced Ken to abandon his family and business to go into hiding.

As a legend in the Street Fighter series, Ken’s core move set remains similar to his previous iterations. Hadoken, Shoryuken, and Tatsumaki Senpu-kyaku? Check, check, and check. His Dragonlash Kick and Sprint from Street Fighter V are also now special moves rather than V-Skills. New to Ken is the Jinrai Kick, a forward-moving roundhouse kick that can be followed up with three different options to reflect Ken’s quest to clear his name." 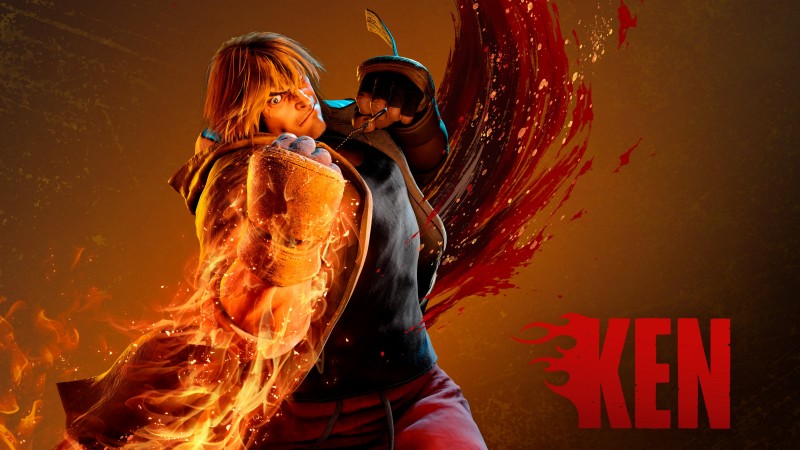 "A kindhearted defender of nature, Blanka has become an adventure tour guide, confident his intimate knowledge of the jungle will serve as a springboard to fame—and a comfortable life for his beloved mother. You can visit Blanka’s tour in his Ranger’s Hut stage by the river where village life is set on a lush green backdrop.

Blanka wouldn’t be the wholesome beast he is without his usual Electric Thunder and various Rolling Attacks. But his time trying to sell Blanka-chan dolls in Street Fighter V has altered his move set due to the surplus of the adorable plushies. He can now use Blanka-chan Bomb to toss a doll to the ground. When Blanka touches it with an electrical special move, the cute little thing will run towards the opponent in a mad rage and explode." 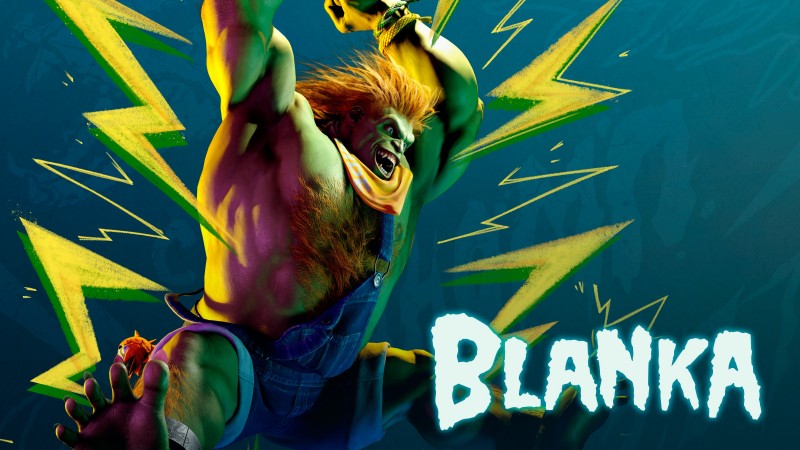 "Dhalsim is a monk and yoga master who has served as a guide for countless suffering souls. He prefers to avoid conflict when possible, but his innate hatred of evil compels him to dispense stern justice. The elephants return in the Dhalsimer Temple stage where monks study yoga amongst the candles in a peaceful setting.

Dhalsim channels his familiar fire techniques from past games, but has also mastered alternate ways to release the flames to cover all angles. His Yoga Fire travels horizontally again, Yoga Arch fires the ball of flame in a similar arc trajectory like in Street Fighter V, and Yoga Comet is fired at a downward angle when Dhalsim is in the air. Yoga Flame is back as Dhalsim blows a large ball of flames in front of him while Yoga Blast blows at an upwards angle as a good anti-air counter. Additionally, Dhalsim can still teleport and float his worries away." 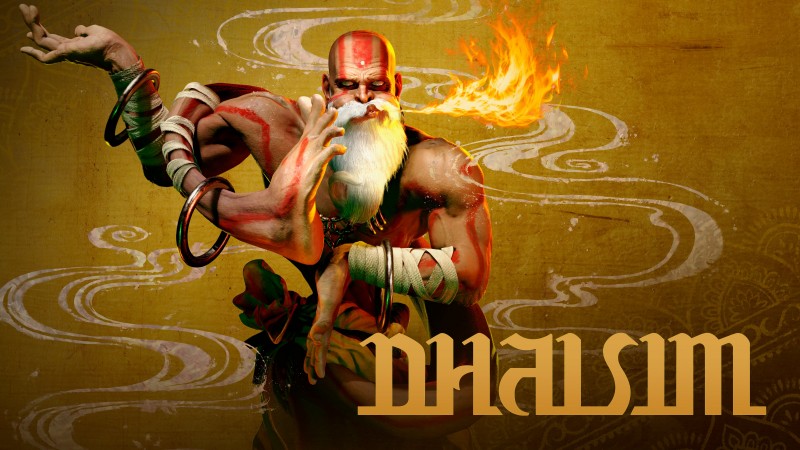 "A sumo wrestler looking to bring the sport to a worldwide audience, E. Honda has the skills of a Yokozuna, but his constant globetrotting has prevented his promotion to the rank. He’s also an expert chef renowned for his mouthwatering chanko stew.

Much like the previous three World Warriors, E. Honda fans will feel right at home with his move set. His trademark Hundred Hand Slap, Sumo Headbutt, Sumo Smash, and Oicho Throw return. His two V-Skills from Street Fighter V, Neko Damashi and Sumo Spirit, are now special moves. E. Honda’s new move is Sumo Dash, where he moves forward with a traditional sumo shuffle and can be followed up with more pressure or a launcher." 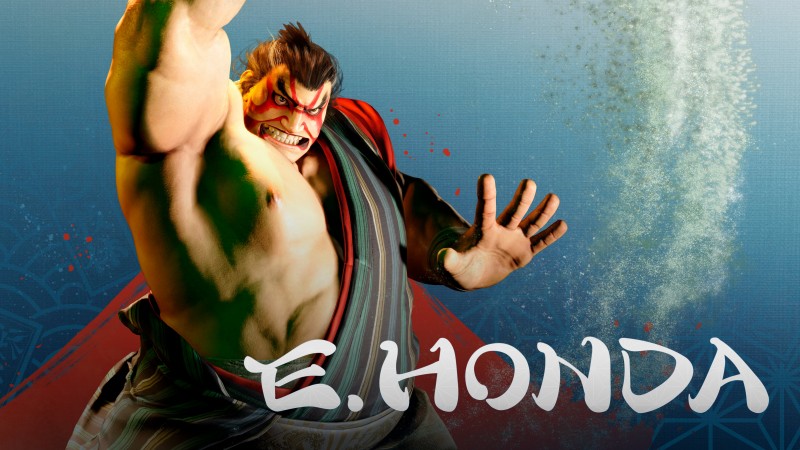 Capcom revealed World Tour back in June, calling it an “immersive single-player story mode that would push the boundaries of what a fighting game is.” Now, the company has provided some more insight into what this mode will be in Street Fighter 6. You begin at Buckler Security, which is located in Metro City. Here, Luke acts as your coach and this is where your story truly begins. 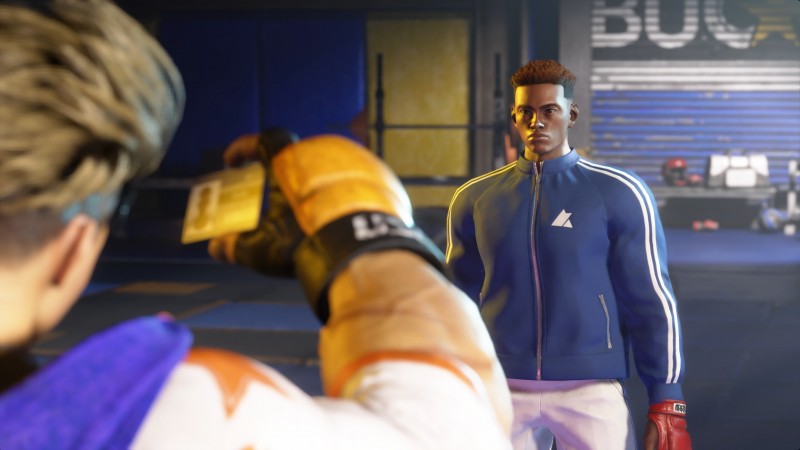 “World tour offers the most robust Avatar Creation features that stretch the limit of what a character creation tool can do,” Wong writes. “There are tons of customization options to reflect your personal style and flair. That avatar creation menu contains several pages of options you can tweak.” 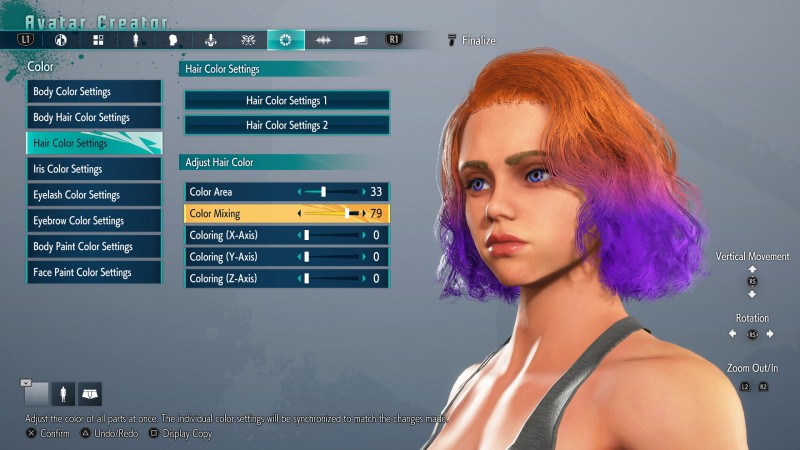 You can freely change your avatar’s gear in Street Fighter 6 by buying new gear at shops or earning it by progressing through the story mode. Categories for gear include head, upper body, lower body, foot, and entire gear sets. Plus, gear isn’t just cosmetic – it affects your strength and other stats.

“Luke (call him ‘Coach’) will be your World Tour Guide as you begin your adventures in Metro City,” Wong writes. “As you progress through the story, you’ll meet Masters who will take you under their wing and teach you their style and attacks. As your bond with them grows stronger, you can also learn Master Actions from their repertoires, like a Shoryuken from Ryu and a Spinning Bird Kick from Chun-Li. Use them to open a battle, and you’ll kick things off with an advantage, or some of them can even be used to destroy wooden boxes and barrels, or leap to faraway platforms. Master Actions, while convenient, do consume Drive Gauge, so always keep an eye on how much you have left in the tank.”

The avatar you create and build upon in World Tour can be easily taken into the Battle Hub, another core mode of Street Fighter 6, according to Wong. It seems this is the hub for all things Street Fighter 6 online. 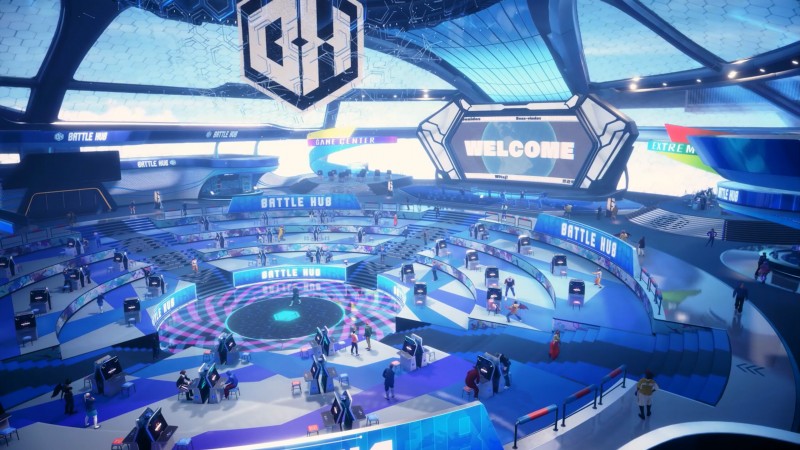 “One Battle Hub can host up to 100 players at the same time,” Wong writes. “Players can use emotes or chat to communicate with each other. Of course, make sure you check the Hub Good Shop to show off your fashion when you’re out on the floor. There are a host of Arcade Cabinets that you will find in the Battle Hub. Take part in arcade-like Battle Hub matches on cabinets that are placed back-to-back. A match will begin when two players sit on both sides. Having audiences change everything…and turns a mere fight into a thrilling spectacle. Spectate a Battle Hub Match, and bear witness to glory.”

You can play various Capcom classic arcade games at the Game Center cabinets, such as Street Fighter II and Final Fight. There’s also the Event Counter, where scheduled tournaments will be held, and finally, there’s a DJ Booth, where you can select your favorite tracks to listen to in the Battle Hub.

Extreme Battle is a new addition to the Fighting Ground of Street Fighter 6, and each of these battles contains a “Rule” and a “Gimmick.” A “Rule” is the condition that must be met to win the match. For example, one rule might be “first to get five knockdowns wins.” A “Gimmick” is different. For example, a bull might run through a level, dealing damage to anyone who cannot jump over it. Capcom says this mode is for people looking to shake things up from the traditional Street Fighter 6 fighting experience. 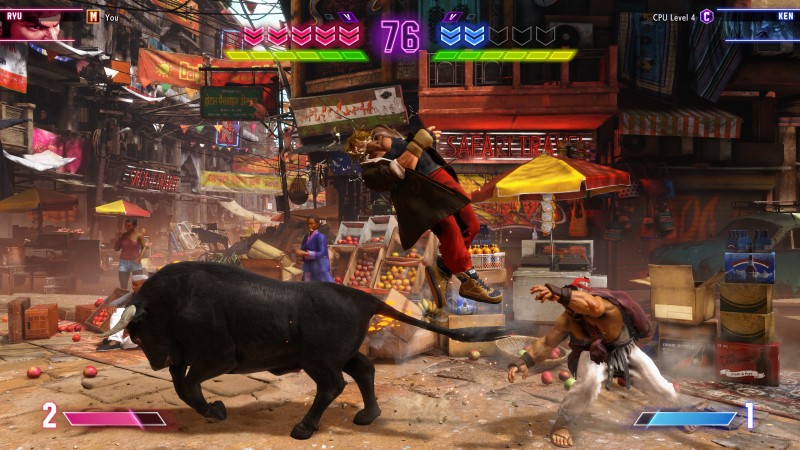 Capcom has announced a closed beta for Street Fighter 6 that will run from October 7 through October 10. It will feature cross-play for PlayStation 5, Xbox Series X/S, and Steam, and it will include ranked matches, casual matches, battle hub matches, open tournaments, extreme battle fights, the game center, and Street Fighter 6’s training mode. As for the playable characters, the roster will be eight: Ryu, Chun-Li, Luke, Jamie, Guile, Kimberly, Juri, and Ken. 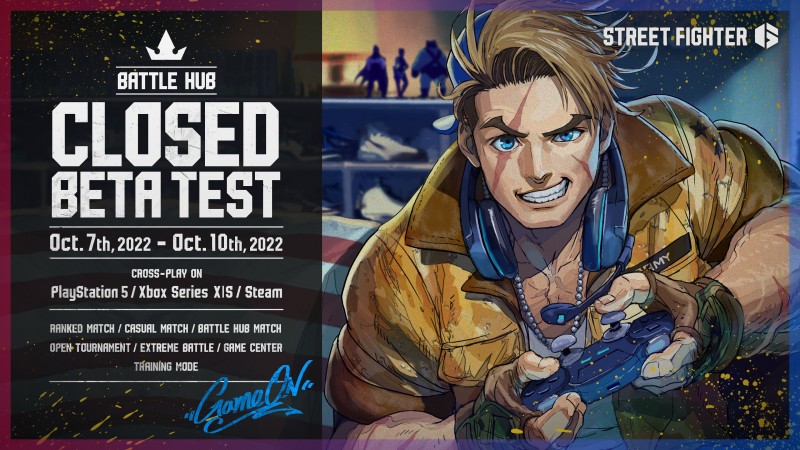 While waiting for more about the game, read why one Game Informer editor believes Street Fighter 6’s modern controls make it fun to play against rookies, and then check out this exclusive interview with Street Fighter 6’s producer and director, Shuhei Matsumoto and Takayuki Nakayama.

Are you hoping to hop into the closed beta for Street Fighter 6? Let us know in the comments below! 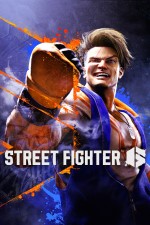