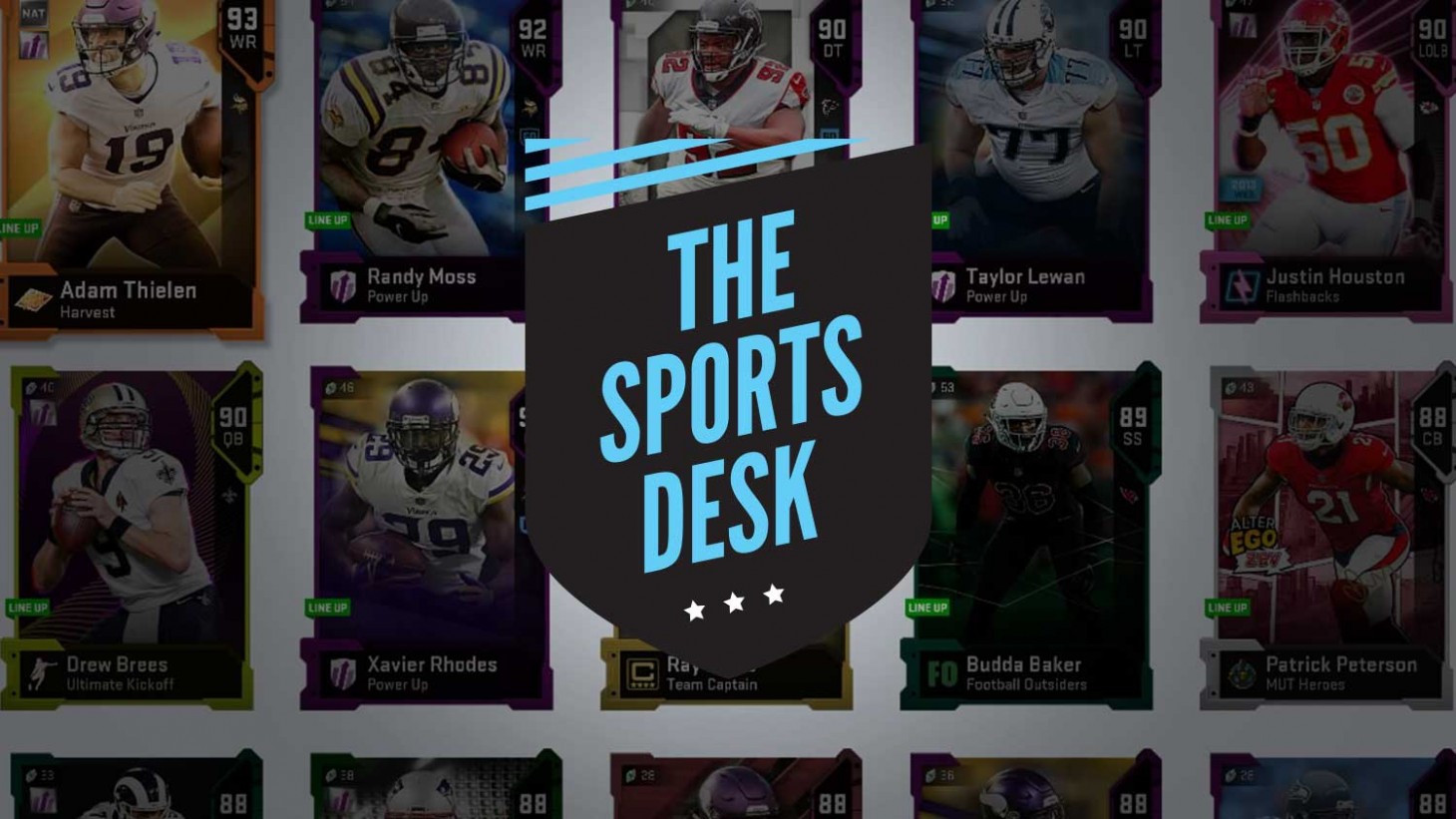 I’m a big fan of franchise modes in sports games. Playing GM and building a team (and hopefully a dynasty) are often just as fun as playing the game on the field itself. But some sports series’ franchise modes have gone stagnant, with more attention paid to fantasy card modes like EA’s various Ultimate Teams. The two shouldn’t be in opposition – and series like NBA 2K still put out new features for both every year – but more and more it seems clear that developers and publishers are having to choose which one to devote time and money to. It should come as no surprise that fantasy card modes, with their random packs buyable with real money,  are winning out.

Given this, you’d think that I might be resentful of these fantasy modes, but I’m not. More and more over the past few years, I’ve gotten into them and discovered that a well-designed fantasy card mode contains many of the same elements that interest me in a franchise mode. I still want – and expect – my sports games to contain a fleshed-out and supported franchise mode, but in this fallow time I can still have fun acting as a GM.

A good GM scouts future prospects and puts a plan in place for not only the current season, but years down the road. This mindset is achievable in many fantasy card modes by not only identifying the strengths and weaknesses in your current roster and where you want to take it, but by careful planning. MLB the Show 19’s Diamond Dynasty shows you the contents of its Choice packs, letting you know what you’re working toward. I also like to identify specific players in games’ marketplaces to target for purchase, which also gives me a relatively short-term goal of having to earn X amount of coins through completing challenges or flipping cards. Scouting in these modes also involves analyzing cards’ abilities and attributes to decipher how that player is going to fit in my team.

Although fantasy card modes often have multiple versions of the same player at different tiers, that doesn’t mean there isn’t player growth – a component that is often associated with franchise modes. Madden’s new player Power Up system lets you invest Power Up points to improve certain players’ overall rating, giving you that feeling like you’re grooming a player and not just tossing them aside for the newest card. It’s not always about having the highest-rated card, either. I often find myself holding on to players sentimentally just because I’ve played with them a lot – similar to becoming attached to certain players in your franchise mode.

In a larger sense, naturally both a franchise mode and a fantasy card one are about building a team, and a well-constructed fantasy team works well together. NBA 2K has a duos system that increases the stats for specific pairs of players, while Madden gives increasing bonuses the more players of the same real-life team are in your squad.

I can even see the drafting and free agency aspects of franchise modes within the marketplaces of fantasy card modes. You have to set a reasonable price you’re willing to pay for any particular card – and particularly if it’s an auction – know when to walk away when a card gets too rich for your blood. This is just like avoiding a bidding war when it comes to signing a free agent for your franchise. You also have to be quick on the draw, knowing when you should grab a player even if you weren’t initially intending to (similar to being on the draft clock and picking the best player available).

When it comes to franchise or fantasy card modes, some fans have put down a flag on one side or the other, but it doesn't have to be that way. I hope that franchise modes make a resurgence soon, but in the meantime, there are lots of opportunities to play GM with card modes.

Road To The Madden Bowl Docuseries Has Started