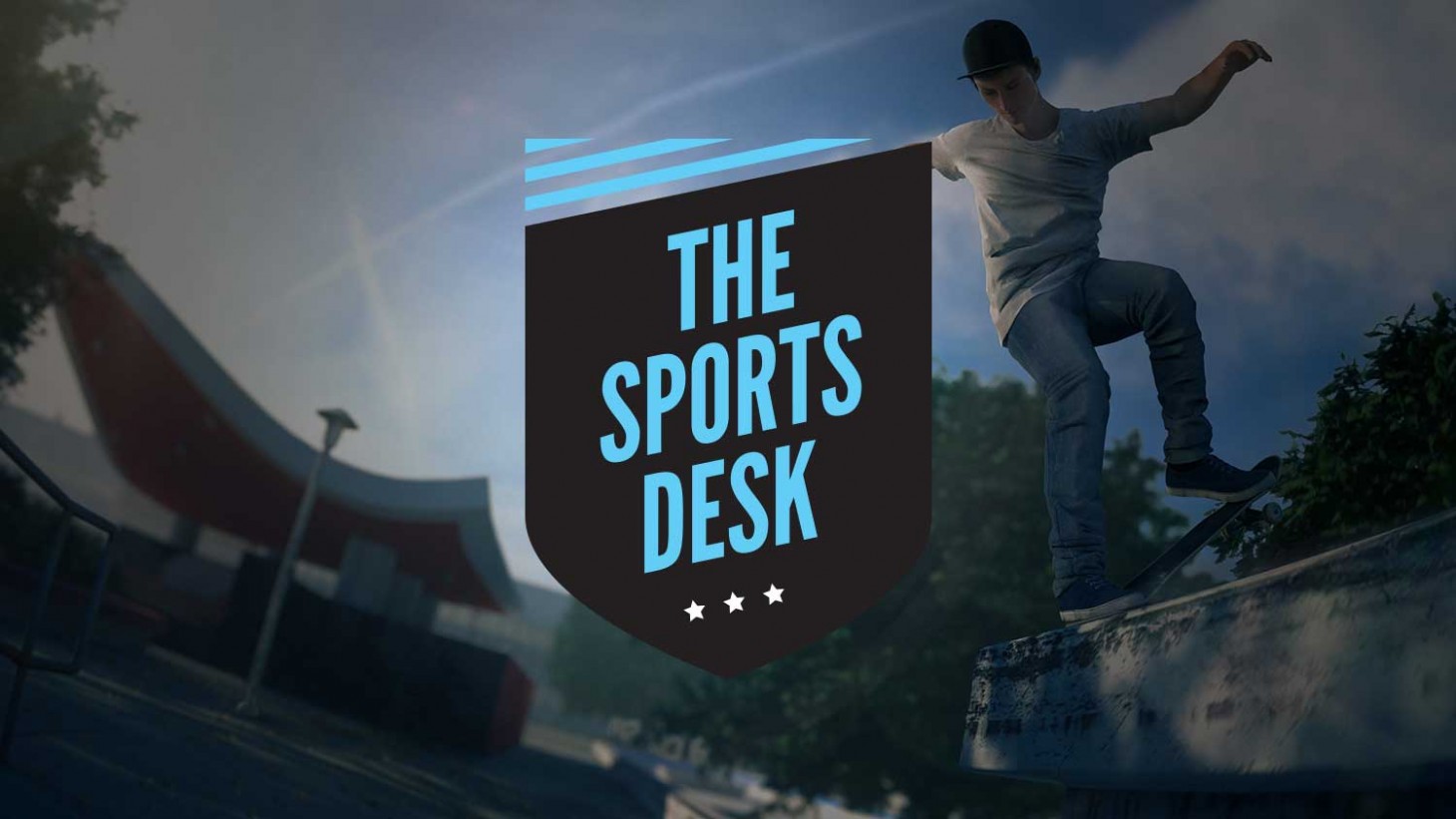 Today we take a playable tour through upcoming skateboarding title Skater XL from Easy Day Studios. A slice of the game is available via Steam Early Access, with more features such as character customization, more spots and gear, and video editing/exporting expected as the game continues to a hopeful late-2019 release.

The game maps each foot to an analog stick, but despite how possibly complicated this may sound, what struck me when I first started playing was how relatively smooth and easy the gameplay felt. Furthermore, this control scheme already enables a variety of tricks and creativity. We can't wait to see what else gets put into the game as time goes on.

First off, I sat down with fellows Jeff Cork and Leo Vader and played the title in this special New Gameplay Today/Sports Desk crossover. Enjoy.

Then, after the jump, get more details on the game from a conversation I had with Easy Day director and co-founder Dain Hedgpeth.

Skater XL developer Easy Day Studio has skate video game experience thanks to its mobile title Skater, but certainly Skater XL is a different beast. Obviously skateboarding games on home consoles owe a huge debt to the Tony Hawk and Skate franchises, which Hedgpeth graciously acknowledges. But he thinks Skater XL can be the next step in the genre's evolution.

"[Skater XL is] physics-based, but it’s not absolutely grueling. Physics doesn’t mean it’s a sim, and simulation is not a designed experience. This is a designed experience where we pick which parts of the physics you actually engage in and how that mapping actually goes from the user's intent into the gameplay to make it fun, make it feel like skateboarding.”

Although you might not notice it from our gameplay video, the game feels neither like the hard-coded trick animations of a Tony Hawk nor a physics free-for-all where you can't even push your board without falling over. And yet the game lets you experiment with how you pull off tricks. For instance, you can control board rotations by flicking your foot with the analog sticks slower or faster. You can also perform board catches by pressing down on either R3 or L3.

Hedgpeth says the team is working on new gameplay that would "unlock a whole bunch of extra, very organic gameplay," including wallies (a trick to pop up/over and off walls), and during the Early Access period they want to add video editing/sharing, and character/board customization.

Customization is already occurring thanks to fan mods, and this points to the direction the dev team would like to take a little further out in Early Access before the game's hopeful late-2019 full release date. Modding, board grabs, and multiplayer (competitive and social aspects) are also being worked on.

More up-in-the-air, however is transition skating. "Everyone's super-keen to have it," says Hedgpeth, "but we want to get that right." He says it "kind of half-works with the existing physics" at the moment.

Other questions such as the size of the game's world or levels, any kind of scoring systems, or using real-life licensed gear or skaters, the dev team (made up of devs based around the world) are still being discussed and finalized. Hedgpeth says they have talked to the original EA Skate team about the size of their worlds and what it took to make them, and the impression I get is Skater XL is not an open-world game, but a more curated experience.

"People want new things to skate on fairly rapidly, and we have plans to move forward to not only build new environments," says Hedgpeth, "but to keep the existing environments fresh by altering them in certain ways, so to have the LA courthouse there are a million different ways to subtlely change that to bring out new lines."

Skating is all about making your own lines and moving forward in your own way, and that's exactly what Skater XL hopes to do.