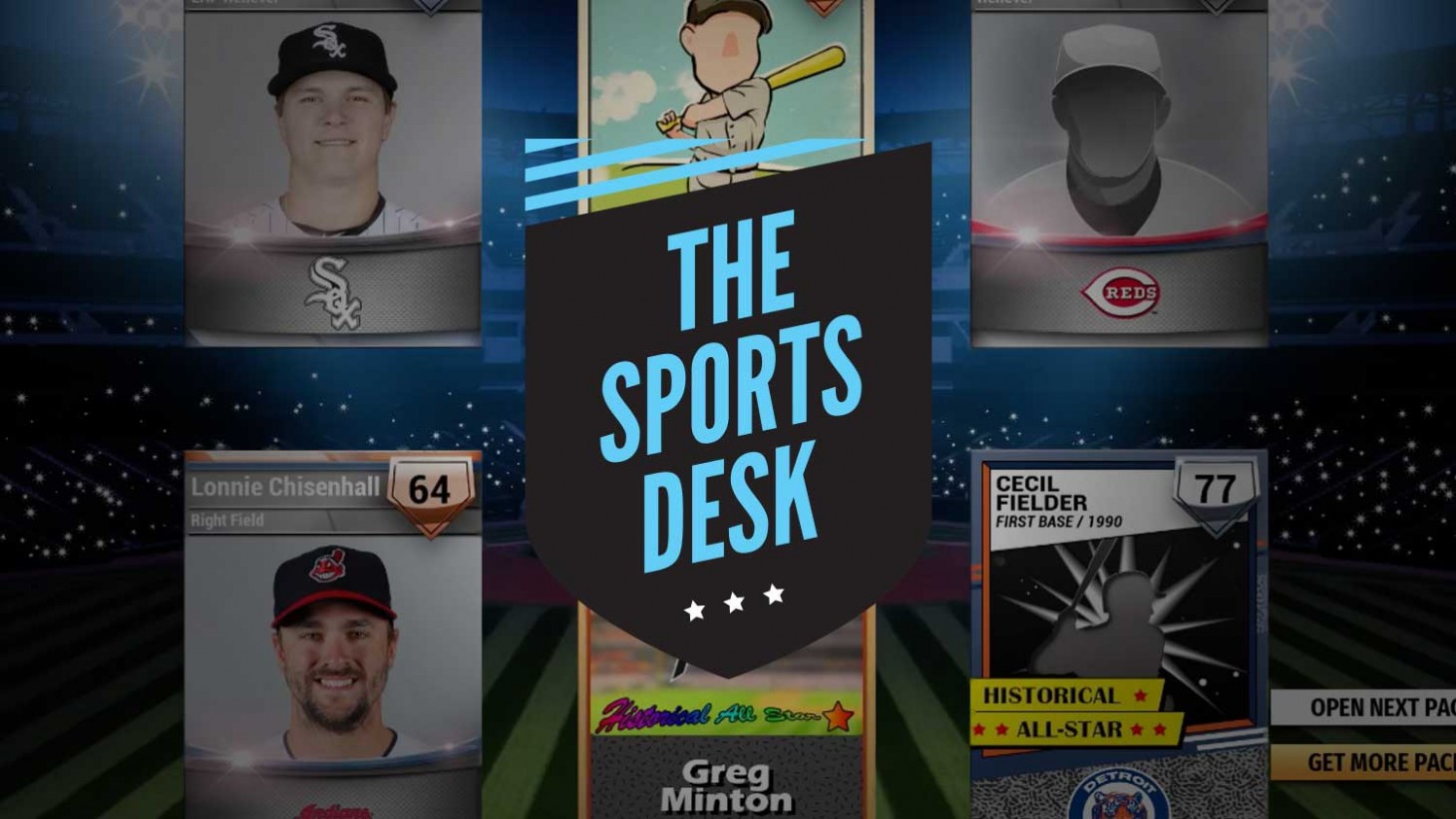 After some teasing, OOTP Developments is set to release Out of the Park Baseball 19's free fantasy card-collection mode – Perfect Team – in November. I recently got my hands on the team-building mode via a closed beta, and although not all the parts are in yet, it's a promising addition built on the back of the game's already extensive sim options.

Setting up your team through your initial six packs is pretty straightforward: You'll get enough players to jump in and play no problem, and it's up to you to determine your starting rotation and batting lineup, and tweak the strategic knobs as little or as much as you want to (more on this later).

This is a standard pack costing 1,000 perfect points. Points are earned in the game for your accomplishments, and can also be bought with real money for approximately 99 cents for 1,000 points

What makes Perfect Team different and interesting is that all the games in the current league format are simmed. Games start every 30 minutes, giving you time in between to scout your opponent, buy packs of players if you want, and make adjustments to your team and strategy. The countdown aspect of the mode adds real-time drama to what can be a hands-off experience, and since it runs whether you're actively playing the game/mode or not (there are many aspects that can be set to be automated), you're not sweating the loss of a particular game but rather concentrating on the factors that can turn you into a winner in the long run as you try to get promoted all the way up to the majors (and avoid relegation from season to season).

Of course, adding new players to your team through packs of random players (current and historic) is the main way to do this, but I wasn't as fixated on this initially as I was trying to decipher how to setup my players for success. I admit I'm not a big baseball fan or expert, but I was intrigued by the avenues available.

After consulting with my colleague and baseball fan Brian Shea about some of the basics, I made sure I was setting up my lineup versus right- and left-handed pitchers correctly as well as the general batting order (there are no injuries in the mode, but fatigue has to be watched). Doing this and setting my overall team strategy to "traditional" produced some instant wins, and the game has other strategy presets like "small ball" and "sabermetric" that set sliders like how often you sacrifice bunt or use infield shifts which you can also tweak yourself. Going a layer deeper, individual players can be put on a pitch count, have an aggressive attitude towards base stealing, and much more. While my lack of expertise restricts specific conclusions, I venture to guess that there's a big enough sandbox for more savvy players than myself to make meticulous use of their rosters and to build a side capable of getting wins regularly.

I guess for me the next step would be to find a team strategy that fits my current roster better or dip into the marketplace and see what players I could buy to suit whatever strategy I choose. Unfortunately the marketplace was disabled in the beta, so I can't comment on it, but it will be very interesting to see if gamers can identify and utilize specific types of players to suit their needs, hopefully opening up the viability of Moneyball situations and enabling different paths to winning rather than just owning the "best" cards.

Unwanted cards can be auctioned off and points to buy new packs or cards are awarded based on your achievements – whether you win or lose or if you're present for the sim or not. My team didn't win a ton, but I managed to get points for packs for achievements like a hot hitter, home runs, and milestones large and small.

Going forward, I'm curious how the marketplace settles and if selling unwanted cards or flipping in-demand cards is a viable strategy to make points in case you aren't winning lots of games. Similarly, the question remains whether buying packs (you can see pack odds) is a worthwhile way to spend your points versus being savvy in picking up key individual players.

As many options as there are in the mode (including being able to watch replays or highlights of past games), since it sims games naturally you lose a measure of control such as being able to micromanage your bullpen during games. Out of the Park Developments is planning to add a live head-to-head component to the Perfect Team which will solve this, and looking further out, we'll have to keep an eye on how the mode continues to grow and offer new experiences to players.

To close, here are some questions regarding the mode answered via email by OOTP creator Markus Heinsohn.

Will individual players or packs be given out as rewards, or just points?
You also sometimes get packs when you play OOTP in offline solo Challenge Mode and unlock achievements there... In the future we will add “Missions” related to collecting (e.g. have a rotation of '90s Braves pitchers, collect all 2018 Yankees, etc.) whose completion will generate Perfect Points or exclusive cards or packs. We have not decided yet. Likely all of them.

Is there any farm system/minor leagues for players in your reserve roster?
No. This is not planned, and it would slow down simulations, and that’s crucial. We will have hundreds of leagues and they all will have to be simulated in 30 minutes.

Do you intend to release different versions of player cards already released? (i.e. Will there be bronze, silver, gold, etc. versions of the same player?)
Historical players sometimes do have various different cards, although those are most likely Silver or better. For example, we have four different Babe Ruth cards, all from our different historical card categories (One Hit Wonders, Rookie Sensations, Historical All-Stars, Record Breakers, Top WAR, Historical Legends and (still in development) Unsung Heroes). Live cards will only have one per player, plus special cards for special events, like All-Star Game, World Series, etc."

Will you allow user-created leagues? Will you create more leagues than the ones at launch?
User-created leagues: No. We will however have a feature that lets you tag other users as friends, and when the new leagues are set up, the server tries to combine as many friends into leagues of the same level as possible.
More leagues? This is a dynamic system... Ex: Once we launch PT, we will wait 3-4 days while the Entry Pool fills up with new users/teams. Then we will start the regular League play, and all Entry Pool users get promoted to Rookie League. While the first season runs, new users enter the Entry Pool, and once the first season is over, the top four Teams from each Rookie League will get promoted to Single A and the Entry Pool team will go to the Rookie Leagues. After a few seasons ( = weeks) we’ll have a league structure that will resemble a pyramid with X Major Leagues at the top. The system will dynamically evolve over time.

For more on Out of the Park Baseball 19's Perfect Team, check out this FAQ from the OOTP Developments official forum as well as some more screens and info.

Fight Night Champion Has Been Added To The EA Access Vault

Out of the Park Baseball 19