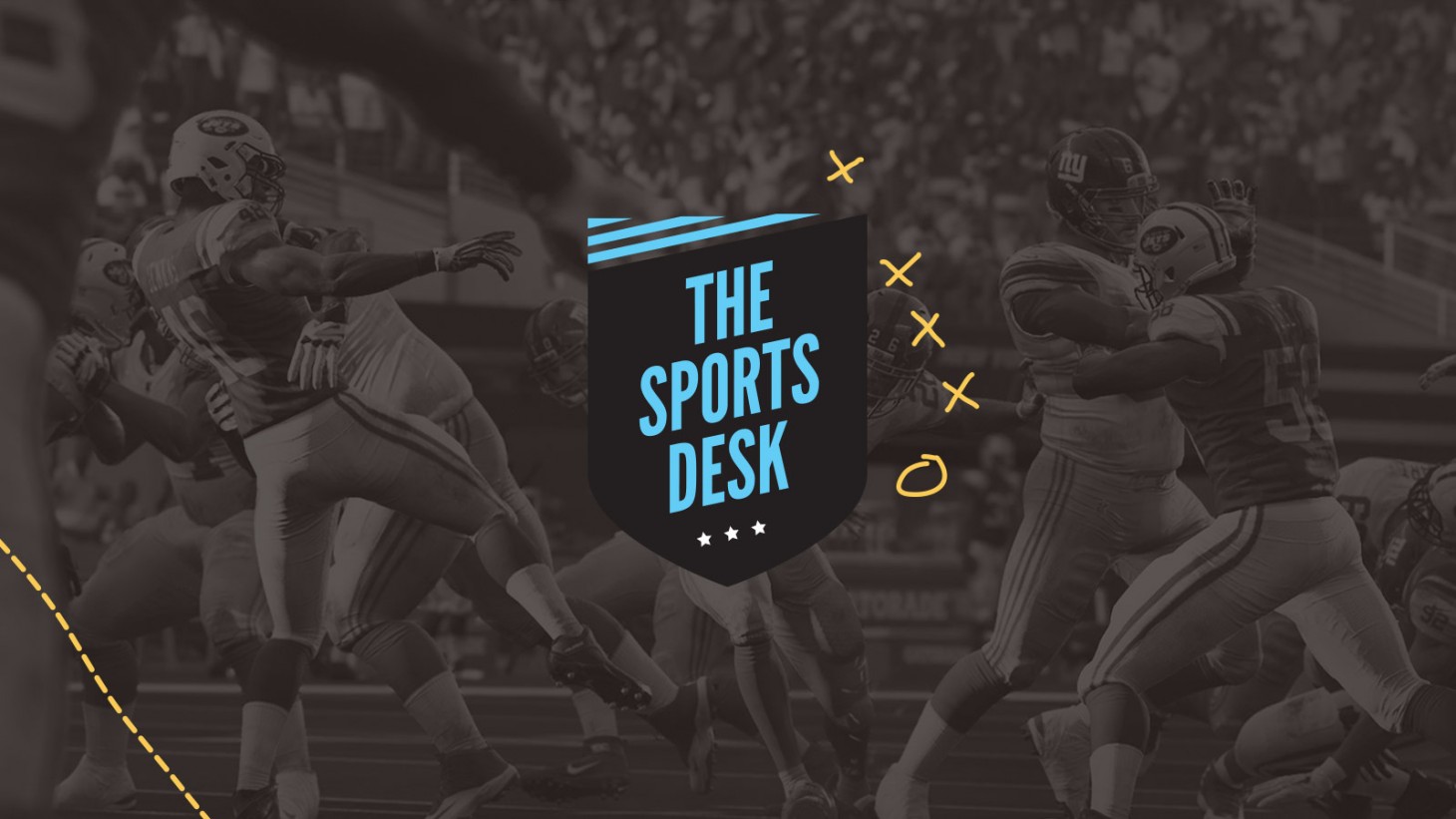 A New Field Of Play

Nearly everyone who plays sports dreams of being a pro athlete, but the numbers of those who actually make it that far is extremely small. With each step up from high school to college to the pros, the number of athletes who continue their journey shrinks. For instance, according to NCAA research published in 2017, only 6.8 percent of high-school football players go on to play in one of the three divisions of college football. The number who then go on to the NFL shrinks again to 1.5 percent.

Clint Oldenburg beat the considerable odds to crack an NFL roster, carving out a five-year career after the New England Patriots picked him in the fifth round of the 2007 draft. Like many late-round picks, Oldenburg ended up being a journeyman: a perennial backup who showed enough value to be signed by teams but was never considered a starter except for in an emergency. It’s not a glamourous situation, but it still made Oldenburg special. He got to play pro football for six different teams, while many didn’t get to play at all. After his chances in the NFL dried up in 2011, he signed a contract with the Saskatchewan Rough Riders of the Canadian Football League, but his heart wasn’t in it.

“I made that decision that I was tired of chasing, tired of moving around from team to team,” Oldenburg says. “I didn’t want to go to [the Canadian Football League]. I’d already lived in six different cities in the last five years, and it was, ‘How deep are you going to chase this with your prospects dwindling?’ I knew that I had skills that were valuable in other areas, but I just didn’t know if I had what it took to make that transition." 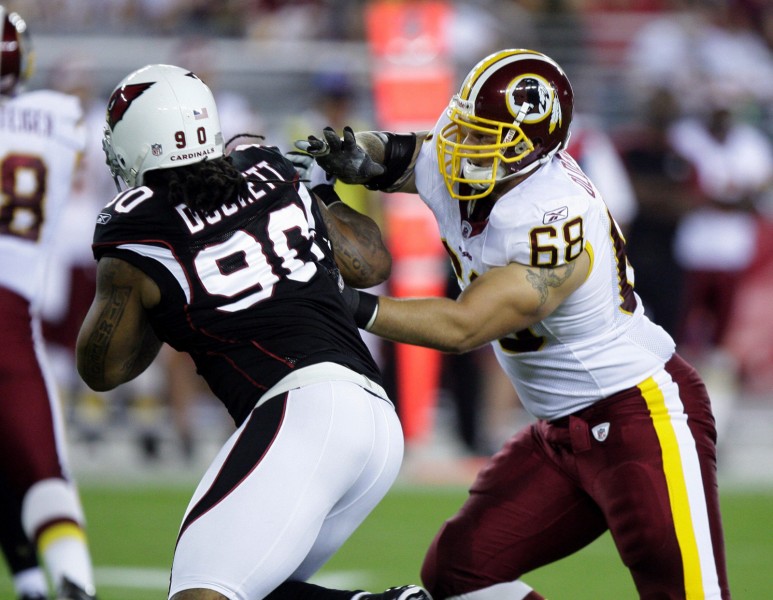 Starting over after spending your life focused on being a professional athlete is difficult. For every star player like Kurt Warner, who steps off the playing field and seamlessly transitions to being an analyst or color commentator in the booth, there are many who struggle or can’t find a fulfilling role once they’re not encased in the athlete’s world.

A 2018 survey by the Professional Players Federation in the U.K. found that out of 800 former pros polled, half felt they didn’t have control of their lives within two years of retiring, and 54 percent had concerns about their emotional and mental well-being at some point after retiring. Depression, financial problems, and addiction can become deterrents as athletes attempt to find a new identity and a second career.

Fortunately, Oldenburg had an idea of what he wanted to do after football – video game development. He joined the NCAA Football development team at EA Tiburon as an associate design intern working with the team’s engineers in 2013, three months after he stopped playing. Former players like Oldenburg are taking the invaluable experiences they had on the playing field and turning them into something you can understand and enjoy in a video game, calling upon the qualities of inspiration, intelligence, dedication, and teamwork that sports and game development share.

EA Sports NHL series producer Sean Ramjagsingh followed a similar path. Ramjagsingh started playing hockey in his native Canada at a young age, switching to basketball after a number of broken bones. After playing a year of international basketball at Taranaki in New Zealand, where he got a taste of the pressure to perform and pro sports’ ruthless business side, Ramjagsingh’s prospects of continuing to play pro ball started to dim.

A contract to play in the U.K. had fallen through, so Ramjagsingh’s agent was looking into other basketball opportunities when Ramjagsingh met Sean O’Brien – a fellow alum from Simon Fraser University in Vancouver, Canada – who had left Radical Entertainment (Prototype) to work at Electronic Arts. O’Brien left Radical’s NBA Basektball series in the hands of Cam Weber, another Simon Fraser alum who is now an executive vice president at EA Sports. 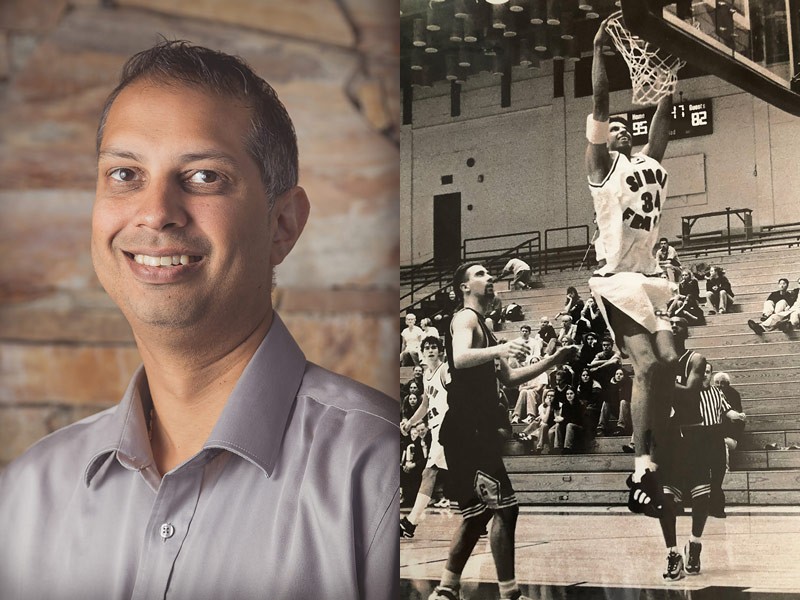 "I thought that once I was done playing team sports at a competitive level, that would be my last opportunity to be part of a team," says former pro basketball player and current NHL series producer, Sean Ramjagsingh.

At Radical, Ramjagsingh’s job was to watch games and make plays for each team. “I loved everything about it,” he says. “I talked to my agent about it because this experience had raised the bar in terms of what it would take for me to go back and play basketball.”

As enthusiastic as Ramjagsingh was to join the Radical team, with its laid-back atmosphere that took him by surprise, he quickly realized that even though he was in a position that catered to his basketball background, in some ways he was a rookie all over again. “It took me three months before I understood what a software engineer does because I was always looking for the programmers, and when people talk about software engineers, I thought that was a whole other group of people. I didn’t want to let my teammates down, so I learned as much as I could and spent time with the engineers to understand how they work,” he says.

Oldenburg recalls a similar culture shock when he started his internship. “The first six weeks was really just me trying to learn what people do here,” he says. “Everyone here speaks in acronyms all the time. I was sitting in meetings and I had no idea what anyone was talking about – I really wasn’t sure if I could cut it here.”

Meanwhile, Oldenburg and Ramjagsingh’s pursuit of new careers is mirrored across the industry. Competitors Visual Concepts hired former international basketball player Scott O’Gallagher as a producer for their lauded NBA 2K franchise as well as commentator for the series’ ambitious esports initiative. O’Gallagher had previously started a video game website (the now-defunct ogsports.com) as well as worked for the NBA Live series.

Despite the unsure start, Oldenburg was offered a full-time job as an associate designer 10 weeks into his internship, and started overhauling the blocking system for Madden 25. When Oldenburg was working on the offensive linemen, he had the team build him extension tools so he could tweak blocking and set the defensive gaps via selecting animations and assignments from drop-down menus for each player.

He also worked on linemen’s initial moves, which is still in the game, something he wanted to do without making it too confusing for gamers. To do this, he thought back to his fundamentals as a football player. “‘When we were installing pass protection with the Redskins, what did we do?’” he said to himself. “On the first day of practice the first thing we did was our first step. ‘What is your first step based on the depth of the QB’s drop, and which guy are you trying to block?’”

Making Madden starts with what he’s learned playing the game in real-life and goes through the translation process into a video game. “It pretty much starts with, ‘Here’s what I’d like to do,’ and [the engineers] come back with, ‘Here’s some of the things it can do and what it can’t do,” Oldenburg says. “We design something that meets in the middle of what we can actually support and what I need. The engineers are so good they give me about 80 percent of what I ask for.”

After years working on Madden’s blocking, Oldenburg’s responsibilities with the series’ gameplay grew, and have earned him the job as the creative leader of the entire gameplay team.

Oldenburg’s colleague, Madden game designer Larry Richart, is a former quarterback from the University of Florida who backed up Doug Johnson in the team’s win in the 1999 Orange Bowl versus a Donovan McNabb-led Syracuse. Richart started in testing working on the playbooks (“We had a lot of checklists.”), and went on to include new tools over time, creating features that allowed players to do things like add audibles corresponding to their current formation and personnel set. 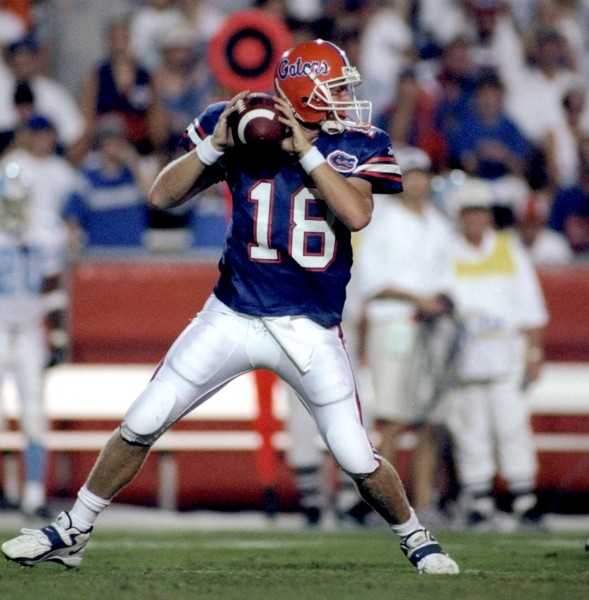 Later on he would leverage his experience as a quarterback to help revamp the passing mechanics, giving players the ability to throw different types of passes as well as tune their trajectory and feel against various defensive coverages. He currently works on the series’ franchise mode, where he’s worked with the likes of Oldenburg on the mode’s game-planning feature. Between them, they’ve had a big influence on some of the game’s core components.

Along the way, Oldenburg, Richart, and Ramjagsingh all continued to hone integral sports skills like teamwork, leadership, the competitive spirit, and communication in their development careers. Oldenburg says as much as it is the gameplay engineers’ job to make his vision happen in the game, it’s on him to present it to them in the best way possible. “What we have to be really good at to work with engineers is take sometimes really complicated things – nothing in football is overly complicated – and find a way to break them down into simpler terms… I think that’s how [Richart and I] learned playbooks,” he says. “All the plays and formations in a playbook are just basically a coach trying to figure out what the simplest way is for us to remember what our jobs are. If I want to design a two jet protection, I’m not going to throw a bunch of verbiage around that an engineer’s never heard before. I’m going to try and explain it in a way that makes sense to him so that he can see what I’m trying to see.”

“One of the things [EA Tiburon] were really afraid of – and still to this day about hiring football players – these guys are going to come in and big-time everyone here just because they played, right?”

Legacy and mentorship are also integral to sports, whether it’s a successful coach teaching coordinators under him who then go on to put their own stamp on the game or a smart veteran showing a rookie how to be a pro. Both Oldenburg and Ramjagsingh have worked with current pros to show them what game development is like, creating a pathway should they be interested in also making the transition into the industry once their playing days are over.

Oldenburg invited some Raiders players out to the studio to attend design meetings and learn about all of the game’s different development disciplines. On the last day of the boot camp, he had them pitch a feature for Madden. “It was really cool for us because they started talking a very similar language,” he says. “They started to think about a lot of the things we were thinking about…” In the future Oldenburg says he would like to get together with the NFL Players Association and each team and make it a yearly occurrence.

Oldenburg says shortly after he retired from football he had some chances to get back into the game, including an open invitation for a spot on the now-defunct arena football team the Orlando Predators, but his retirement from the sport didn’t mean he had to leave the sport behind. It just meant he would influence it in a different way – as a game developer. “I don’t want to just be known as the football guy working on Madden. I want to be known as a Madden guy.”

This article originally appeared in the September 2018 issue of Game Informer.

Club Soccer Director 2019 Is Out Now