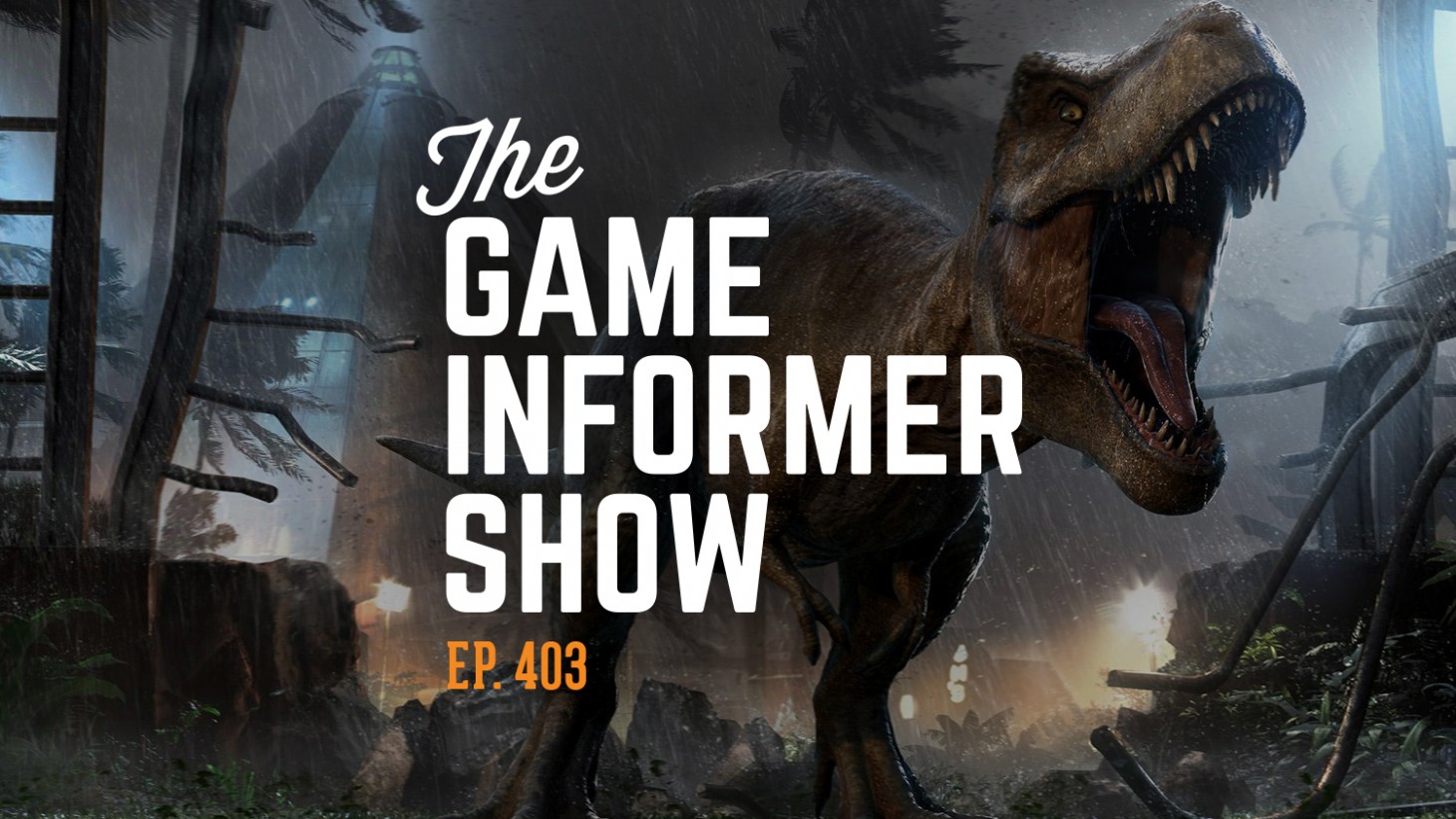 Game Informer's Ben Hanson, Andrew Reiner, and Dan Tack talk about Frontier Developments' Jurassic World Evolution and how satisfying the game can be as a Jurassic Park fan. We also talk about the new, free-to-play battle royale game from Hi-Rez Studios Realm Royale and what it gets right. Then Kyle Hilliard joins the show for Mario Tennis Aces and to talk about Lego The Incredibles. After some great community emails alongside Andy McNamara, we're joined by Javy Gwaltney, Jeff Marchiafava, and Ben Reeves to mop up some promising games from E3 2018 that we didn't get a chance to cover on the show.

You can watch the video below, subscribe and listen to the audio on iTunes or Google Play, listen to episode 403 on SoundCloud, or download the MP3 by clicking here. Also, be sure to send your questions to podcast@gameinformer.com for a chance to have them answered on the show.