Striking Distance Studios has announced The Callisto Protocol, a new grotesque horror game. The trailer doesn't give us much insight into how the gameplay will be, but it does show an abhorrent creature kill a guy while a menacing man watches from afar.

This single-player, third-person survival-horror game comes from the new studio founded by Glen Schofield, creator of the Dead Space games. The title is set in the year 2320 on the Jupiter moon Callisto. Schofield told Geoff Keighley during The Game Awards that he wants to make the single scariest game for PC and consoles.

The Callisto Protocol is set to release in 2022. 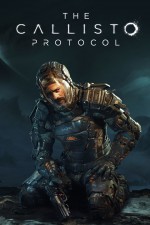