Described as an eastern-influenced online multiplayer brawler, Naraka: Bladepoint blends melee combat with parkour, pushing players to engage in close-quarters action and then dart across the terrain in acrobatic ways using a grappling hook. The title debuted today during The Game Awards and is slated to release for console and PC in 2020. It's being developed by Chinese studio 24 Entertainment.

Naraka takes place in what 24 Entertainment calls the "mysterious Eastern realm of Morus." Players suit up as sword-wielding Forerunners who can run along walls, hang off of cliffs, climb across rocky terrain, and, more impressively, can call upon an "aim-at-whatever-you-want" grappling hook to instantly be pulled to a desired spot. The combat system is said to feature unique block and parry techniques that don't utilize traditional defense tactics or even a block button. 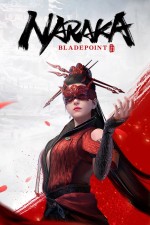