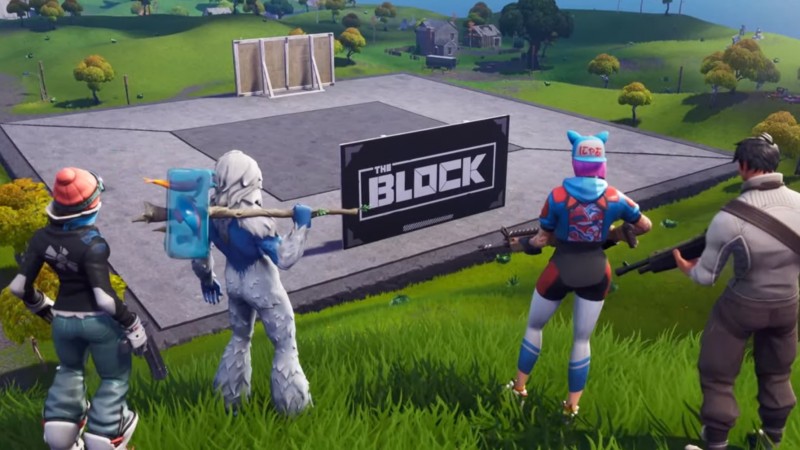 Fortnite Season 7 went live this morning, giving the players a new winter wonderland filled with planes, ziplines, new skins, and soon, even their very own islands to build up. But it looks like Epic is sneaking one more present under the tree.

Donald Mustard, Epic Games worldwide creative director, took to The Game Awards stage to announce a new zone called The Block, replacing Risky Reels. The Block is a dedicated space to show off fan-created content from the new creative mode and it is now live. Battle Pass owners can jump into creative mode now and everyone can start building gallery-worthy creations December 13.