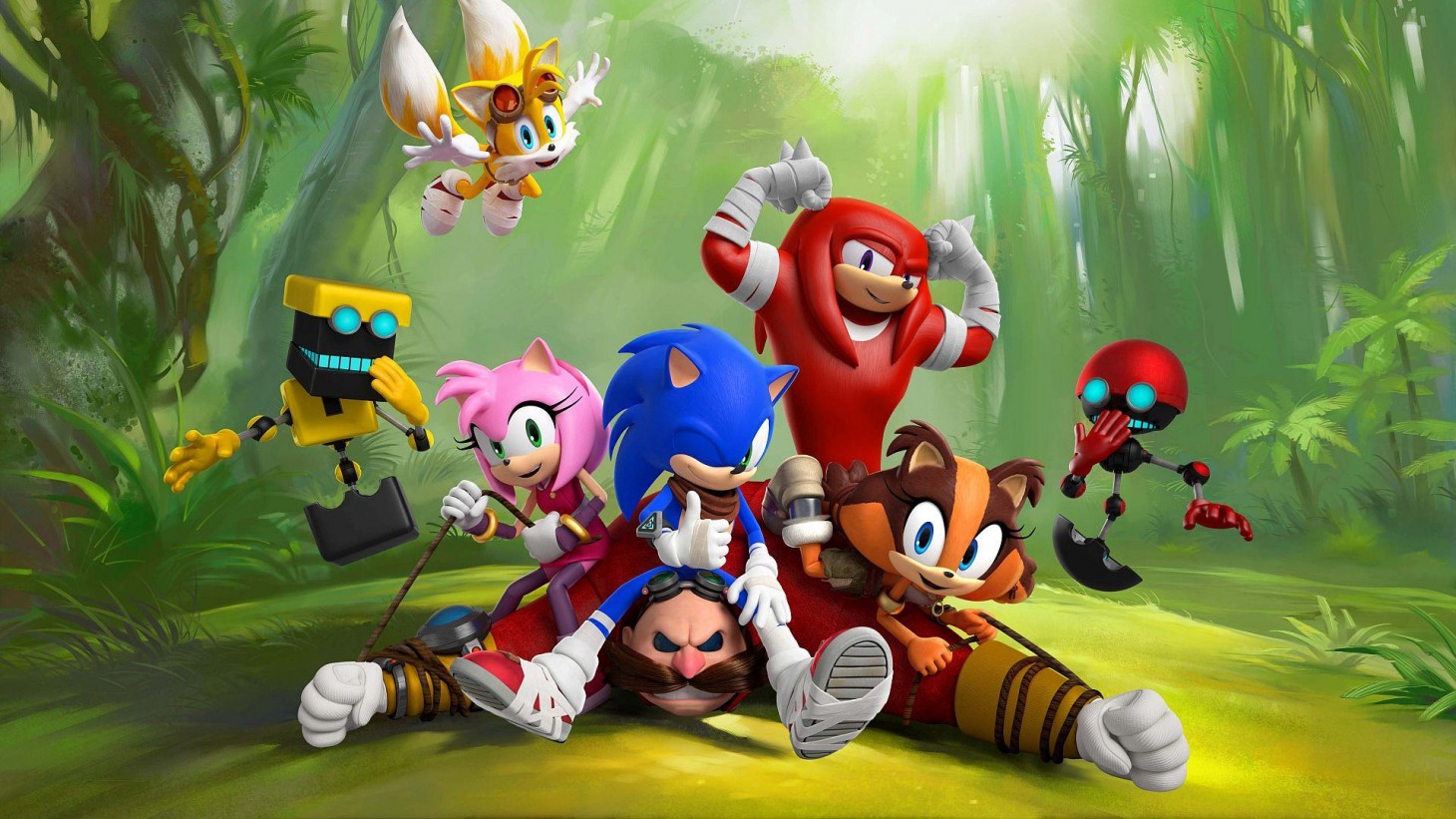 Game Informer Is Now A Part Of Sonic The Hedgehog's Continuity

If you watched Game Informer's complete playthrough of Super Metroid, you may be familiar with the jingle "Bramble Brand Bran Cookies are good for the bran children!" This mouthful of words is something Ben Reeves came up with on the spot, confusing and delighting everyone else involved in the game's recording. The saying quickly spread like wild fire in our Super Replay community, and even produced a T-shirt we still see people wearing at Game Informer gatherings.

We recently found out that this jingle also appeared in an episode of the Sonic Boom cartoon series. Thanks to a fan on Twitter who sent us the clip, you can hear it briefly as Dr. Eggman surfs the TV looking for something to watch. Sega had nothing to do with this odd Easter Egg. Game Informer didn't have anything to do with it either. This Game Informer call out comes from Felix Davin, a sound designer who worked on the show who happens to be a big fan of Super Replay. Davin did all of the sound effects for Sonic Boom.

The best part of this little joke is Game Informer is now recognized in Sonic the Hedgehog's lore. With that in mind, Sonic could conceivably watch us suffer playing Sonic the Hedgehog 06 to completion. This dumb little possibility tickles me to no end.

We haven't been able to pinpoint which episode of Sonic Boom this clip is from, but you can hear it below:

To hear the origin of this odd product Ben dreamed up, check out the video below (starting at the 29:56 mark). Reeves' mind works in mysterious ways, but he somehow came up with this jingle within seconds, along with a voice to sell the product.

We tracked Davin down to ask him how he managed to sneak this wonderful surprise into the episode, and he surprised us in saying that listening to Super Replay helped him focus.

"I've always played video games, and it makes sense most of my internet browsing has been video game related," he said in an email interview. "In 2011, I stumbled upon the news that you guys tackled this really awful game called Overblood. That was my first contact with Game Informer. I became a fan immediately and haven't missed a Replay or Super Replay since. I worked as a sound designer mostly in the field of animation. That means editing 11-minute shows over the course of three days at a steady pace, maintaining both creativity and focus. Somehow, as bizarre as this sounds, listening to past Super Replays while working helped me focus. I know, weird."

Game Informer's former features editor Tim Turi was a Sonic fan. That connection played a role in the clip getting into Sonic Boom. "Being a Replay fan, I have obviously developed sympathy for Tim," Davins added. "Knowing he is a Sonic fan, I always thought 'Well, I am working on the Sonic show, and it would be excellent if I could hide a little Easter Egg for him.' And lo and behold comes an episode where Eggman flips through a couple of channels on his TV, leaving me carte blanche to put whatever sounds I wanted. Here it was, my chance to place an ad for Bran Children's favorite cookies, and pay respect to Tim 'the man of infinite patience' Turi."

So there you have it. A fan did something for a fan. How poetic is that?

Again, take a look a the video below to discover the origin of Bramble Bran Brand Bran Cookies.