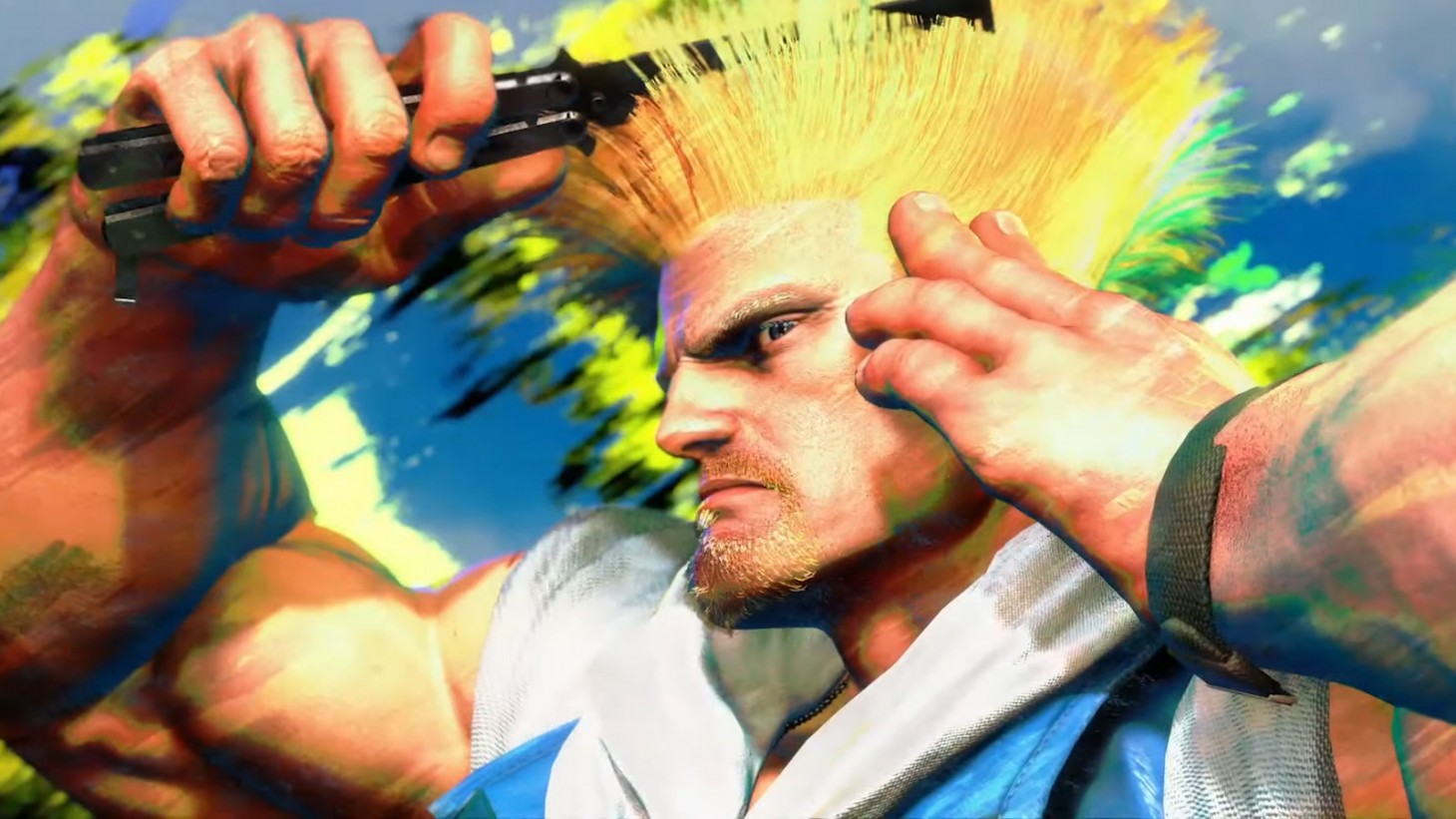 Guile Is Coming To Street Fighter 6

Last week’s Sony State of Play gave us a first look at gameplay for the highly anticipated Street Fighter 6. Today’s Summer Game Fest presentation opened with a second glimpse at the game, this time to add another fighter to the roster. Guile has entered the fight.

The news should surprise precisely no one, as Guile has been a fixture of the popular fighting game franchise for decades. However, it’s always fun to see the ways that Capcom is updating their most familiar warriors for a new outing, and the new trailer gave us a look at the well-coifed martial artist.

Guile has always had ties to American culture and military elements, and that backdrop continues in the next installment. We see Guile fighting against a background environment very reminiscent of his early appearances, with a jet in the background, and the towering structure of what looks to be an aircraft carrier in the distance. Sailors and dock workers appear to gather and cheer on the fight.

Like in the first-look trailer we saw last week, Guile’s moves feature some of the same flashy painterly effects that we first saw with characters like Ryu and Chun-Li. Those bright and colorful effects are a fun contrast to the new more realistic styling of characters provided through the use of the RE engine, the same engine used to craft games like Devil May Cry 6, Monster Hunter Rise, and Resident Evil Village.

Street Fighter 6 was confirmed earlier this week to be the farthest along in the series timeline, set after the events of Street Fighter 3. As such, this new look at Guile reflects a slightly older look for the character, but don’t worry; he still takes time before his trailer concludes to whip out a comb and fix his perfectly maintained hair.

Street Fighter 6 is aiming for launch on PS5, Xbox Series X/S, PS4, and Steam sometime in 2023. Check out the full new trailer below.