The exact point of Humanity remains unclear, but Enhance Games' press release states that massive crowds either work together or fight against one another. The concept for Humanity began at tha ltd. over three years ago, and was eventually pitched to Enhance Games and its CEO Tetsuya Mizuguchi.

"From the first early demo I saw, I couldn't get Humanity out of my head," says Mizuchuchi. "The whole look and feel of it – manipulating these teeming masses of people – was mesmerizing, especially in VR. I knew right away it could be something special, which is why I couldn't be more excited to help a visionary like [Yugo Nakamura] realize its full potential." 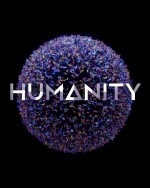