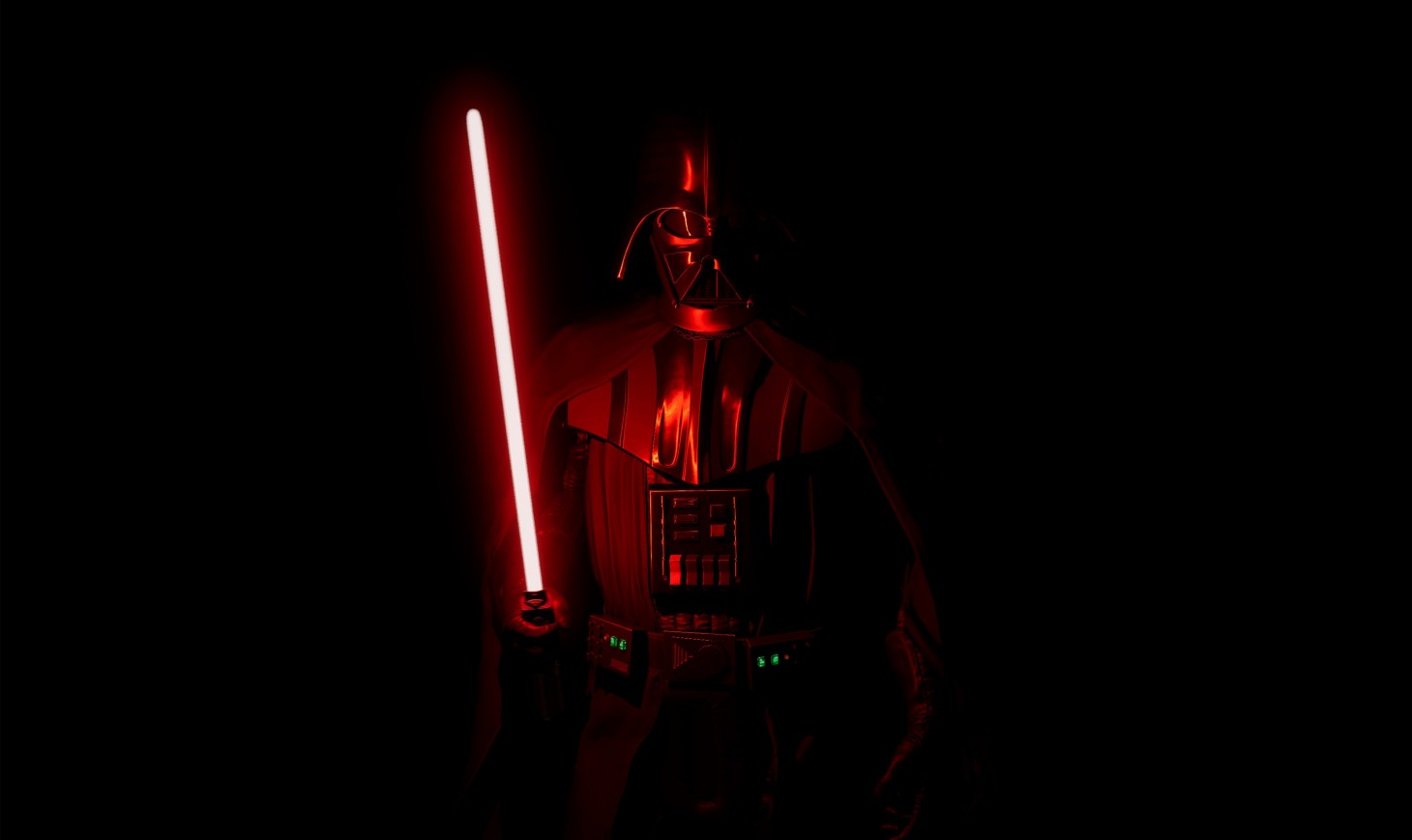 Vader Immortal is a three-part VR series for Oculus that is penned by David S. Goyer, a famed writer of movies and games like The Dark Knight trilogy and Call of Duty: Black Ops, directed by Ben Snow, who worked in film visual FX for 30 years on such films as Star Wars: Attack of the Clones, and Iron Man, and features narrative design from Mohen Leo, who recently received Academy Award and BAFTA nominations as visual effects supervisor for Rogue One: A Star Wars Story.

The name of the game delivers the thought that you'll play as Darth Vader, but you are actually a guest against your will in his fortress on the lava planet, Mustafar. You play an unnamed smuggler who just happens to be operating near the wrong planet in a ship called the Windfall. This smuggler doesn't have a voice, gender, or age, as developer ILMxLAB wants you to embody that role, but your droid co-pilot, ZOE3, will have plenty to say, and is voiced by Maya Rudolph. ZOE3 is said to have plenty of spunk.

Vader Immortal is playable at this year's Star Wars Celebration on an Oculus Quest. The demo is short, but effective, providing story sequences and an intense lightsaber training battle. The demo delivers a satisfying look into what this VR experience will offer, and even brings you face-to-face with Darth Vader, or should I say face-to-chest, given his enormous and intimidating size.

Rather than force choking you to death or harming you in any way, Vader instead hands you a Jedi Holocron. You need to reach out and grab it, and then use your other hand to interact with it. The gold-adorned cube comes to life with blue energy surging within it. This pleases Vader. You apparently have Force powers and he probably wants to turn you. When he leaves the room, the demo moves from your lovely interrogation room, complete with a chair with shackles, to an expansive training room with large bay windows giving you a scenic view of rolling rivers of lava. In front of you is a pedestal holding a lightsaber.

Nothing happens until you reach out and grab it. Then the room comes to life with metal cylinders rising from the ground, each containing a droid with a lightsaber or a Marksman-H combat remote, the floating ball Luke Skywalker trained with on the Millennium Falcon in A New Hope. With a press of a button, your saber comes to life, surprisingly with a blue blade – you'd think Vader would only keep red ones around. I ask Goyer why the saber isn't appropriately evil toned, and he said, "There are narrative reasons for it, but I better not go into it now or I could get in some trouble. Some answers to questions like this will be answered in the first episode, others will be doled out later on in the experience."

Sound design in this training area is key, as you must listen for the Marksman-H to know when it's going to fire lasers at you. If you time your lightsaber swings correctly, you can knock the lasers back into the droid, knocking it out of the fray. The other droids will approach you quickly, and you are tasked to block their saber attacks to open up a window where you can hack away at their metal bodies. This section of the demo delivered three waves of combat. 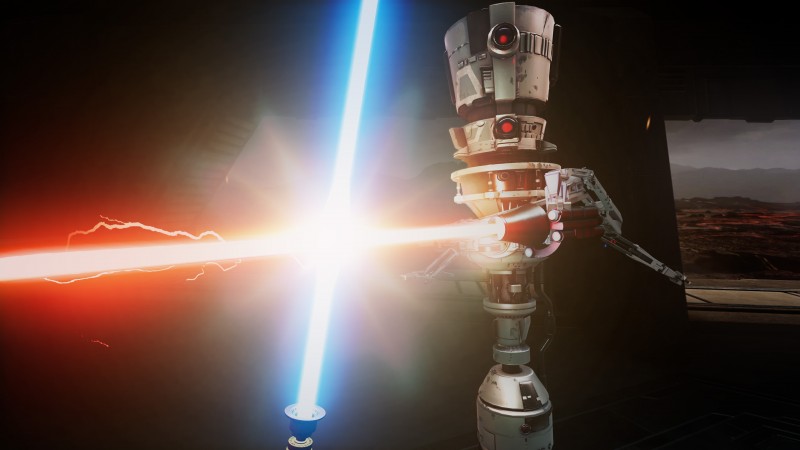 That's all ILMxLAB really needed to show to sell the concept of this Star Wars experience. "We found people liked the lightsaber experience so much that there's an extended mode where you can train as much as you want, Leo says. "In that area you'll earn different colors of lightsabers."

The entire first episode is contained on Mustafar, mostly in Vader's monolith, which you'll get to explore a good chunk of it, more than you've seen before, including some of his personal spaces. "This story will go into why Vader may have built his castle here," Goyer adds. "You get to explore a little more of a what is going on inside of his head, and you definitely get to learn more about Mustafar and what is going on on that planet – why it's been special for the last thousand years."

While the demo warped me between two rooms where I was tethered to a small circle, in the final game you will be able to move around freely using the analog sticks or teleporting. You'll also get to interact with various objects you find in the environment – probably of the Sith variety.

"I was super excited to be involved with a project with Vader," Goyer says. "VR is really good about giving you a sense of presence, and taking you to another place and making you feel like you are really there. The possibility of doing that in the Star Wars universe, and to do it with Vader sort of as your guide and to add to his lore, that was too good to pass up."

The first episode of Vader Immortal is set to release this spring for Oculus Quest and Rift.