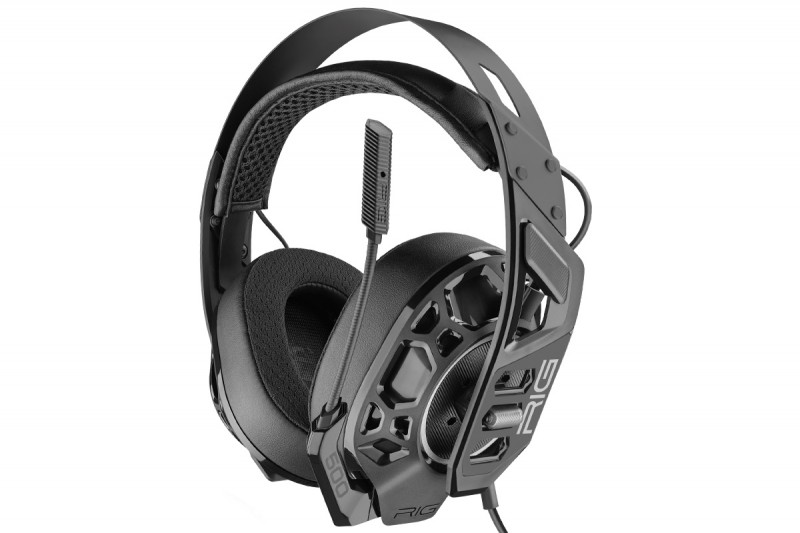 Keeping your head in the game is tough. It's even tougher when you don't have a decent pair of 3D gaming headphones that you can rely on to give you proper feedback for the virtual world around you, making it easy for anybody to sneak up and get the jump on you.

It's true: staying competitive in games like Fortnite and Gears of War 5 is nigh on impossible without the right set of gear. And when you can't even hear your opponents coming around the corner, you certainly won't be able to react to them quickly enough to evade certain death. It never feels great to lose at your favorite game simply because you aren't quite equipped to play well, which is why the Rig Gaming RIG 500 PRO HC Gen 2 may be the right Xbox gaming headset for you.

At an MSRP of $69.99, this may seem like just another budget headset, but the RIG 500 PRO punches well above its weight in more than one category. Boasting features like 3D audio when you plug your headset into your Xbox controller, high-powered 50mm drivers, and a license that grants you the ability to use Dolby Atmos® for two years, you will absolutely find something to love about the Rig Gaming RIG 500 PRO HC Gen 2, no matter who you are.

Whether you're a casual gamer who is simply looking for a nice pair of headphones with which to partake in some Stardew Valley, or you're a far more hardcore player who wants to stay on top of your opponents in a competitive Fortnite match, you owe it to yourself to check out the Rig Gaming RIG 500 PRO HC Gen 2 before settling on another headset in the same price range.

The included 3D sound and attached Dolby Atmos® access allows you to hear things with incredible precision when you hook the headset’s 3.5mm cable into your Xbox controller. This means that every sound in your game is positioned according to where your avatar is. If another player is sneaking up from behind you, that's exactly where you'll hear their footsteps coming from – just like if they were approaching you in real life!

Precisely tuned low-distortion 50 mm drivers drive powerful audio signals in every frequency of the audio spectrum. You can feel the lows while getting crystal clear mids and highs, and while those 50mm drivers add a ton of oomph to games like Final Fantasy XIV and Apex Legends, your music and movies will sound clear and balanced as well. It's hard to beat great audio at such a comparatively low price, which is why Rig Gaming is offering a steal at this price.

This Rig Gaming headset is officially licensed for the Xbox Series X|S and the Xbox One, but it is also compatible with PC, console, and personal electronic devices, as long as they have a 3.5mm aux cable input that you can plug the headset into. If so, you can enjoy stereo audio on any gaming device you own while getting the full pump of the RIG 500 PRO HC’s 50mm drivers.

In order to get your Rig Gaming RIG 500 PRO HC headset for $69.99, check out the official store page at GameStop today!