The 20 Greatest Redheads In Video Games

In honor of National Love Your Red Hair Day – which I totally knew was a thing before today – I am challenging resident red-haired Game Informer editor Kyle Hilliard for the title of ultimate office ginger. Back in 2012, he listed the top 43 redheads in video games using “science.” Today, I have reworked the algorithm to bring you the updated list of the best red-haired characters we should remember on this fantastic national holiday. 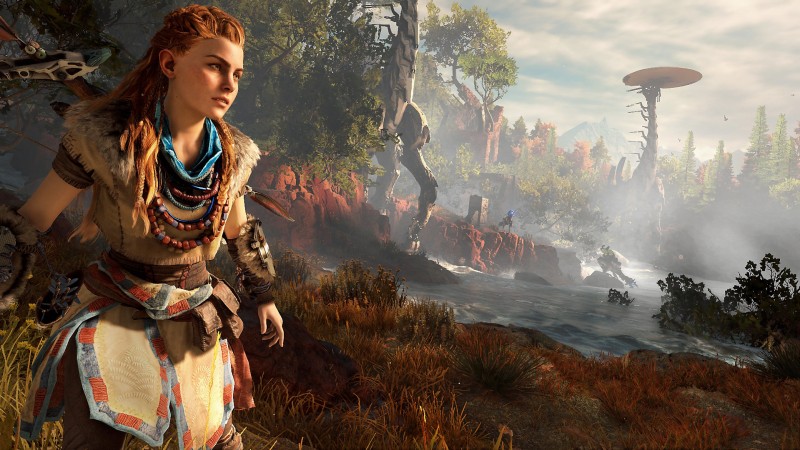 An exile-become-champion, Aloy is the best hunter of robot dinosaurs the Nora tribe has to offer. Not only that, but she is a big early adopter for technology, meaning she’s going to be way ahead of the curve in the job market if the hunting thing doesn’t work out. 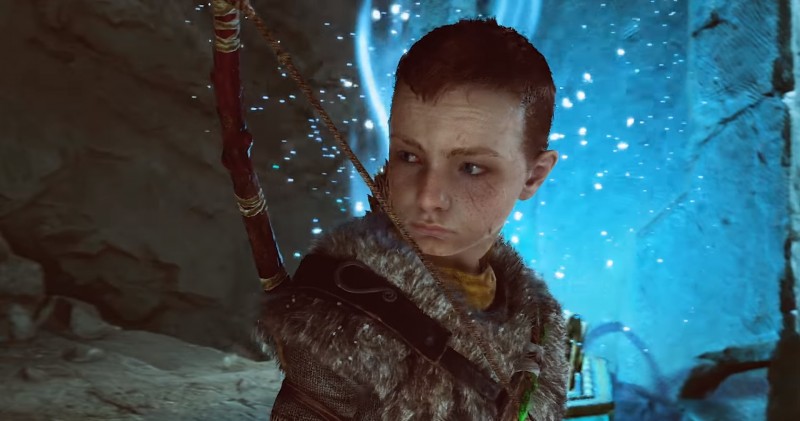 This pint-sized archer will fill you full of holes faster that you can say “boy.” One of his greatest talents is staying out of the way when the real god is throwing down, but Atreus proves his priorities are in order after finding out he’s a demi-god. Asking the important questions, Atreus immediately inquires if he can use his powers to change into an animal. Perhaps a red squirrel? 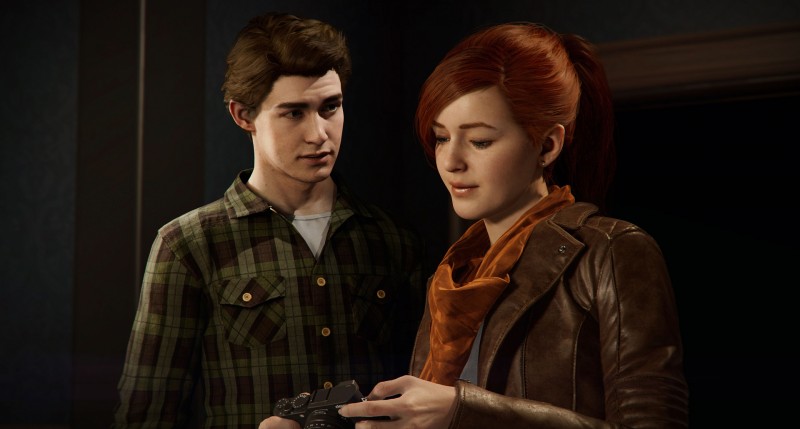 An independent woman who doesn’t need a Spider-Man, Mary Jane tends to jump into the action with only a camera. To ease his concern, Spider-Man gives her one of his gadgets in case she gets into trouble. Does the gadget immobilize foes or deploy a defense drone? No, it just makes a slightly irritating chirping noise to distract the gun-toting bad guys for a second. Also, she should look into the assassin’s order because she makes a leap of faith that even Ezio would envy. 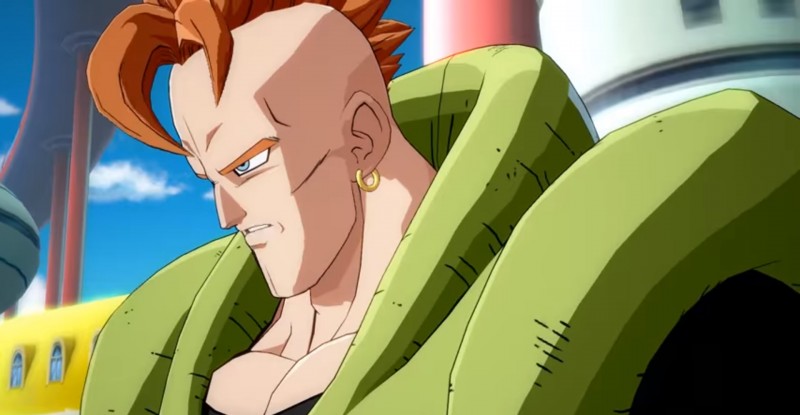 Android 16 is the kind of android who doesn’t have to rely on a twin to pick up his slack. He put aside his pacifist ideals just in time to join the cast of Dragon Ball FighterZ, which was an auspicious coincidence. He might have been a relatively useless character in the show, but in Dragon Ball FighterZ Android 16 can throw down. In fact, he specializes in grappling his opponents and then tossing them. Which means he is really great at throwing…up? That doesn’t sound right. 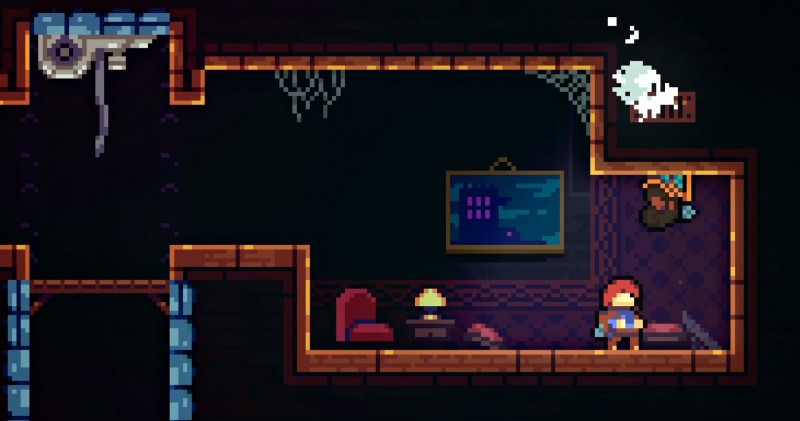 Representing the indie pixel redheads, Madeline is determined to climb Celeste Mountain. I can only assume, based on the pie she makes in the end, that she really meant to go to the grocery store, ended up on a mountain, and just went with it. 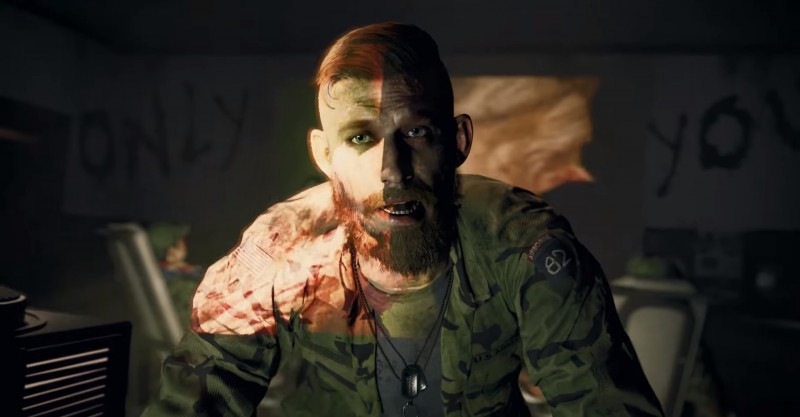 Even villains need to take time away from sacrificing the weak to appreciate their fiery locks. Jacob Seed is perhaps a little over-zealous in training would-be cultists for his brother, by making you run the same horrific drill ad nauseam and killing everyone in sight. For all that, he is a pretty even-keeled psychopath. He never loses his temper and he even goes out of his way to compliment you during his training course. However, you might want to pass on any dinner invitations from Jacob. He believes he passed his test of strength after he killed and ate his best friend in Iraq.

Red Dead Redemption or Redhead Redemption? This Rockstar series can’t seem to go by without a charming Irish character. Even hanging upside-down in an enemy camp, Sean McGuire has more good humor in his pinkie than Arthur Morgan has in his entire body, but not everyone can be a ginger. The Van der Linde Gang also boasts a second redhead: Molly O’Shea. The high-class working girl with the most Irish name ever shares Dutch’s tent. Sadly, life on the run and camping in muck and squalor isn’t her idea of a good time. 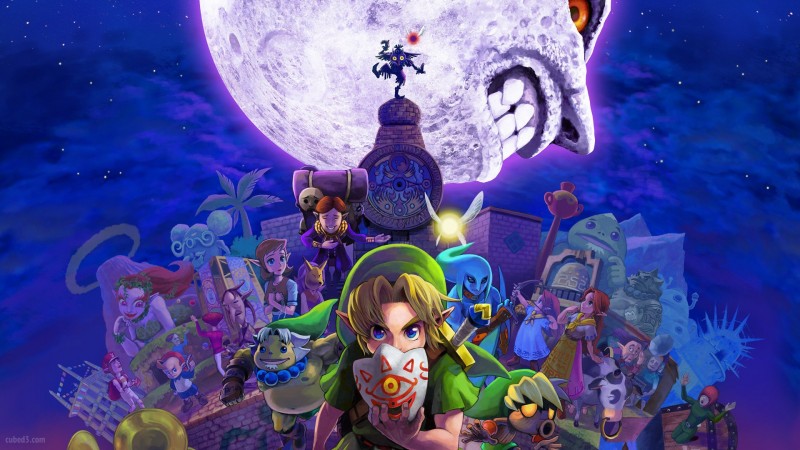 A Ridiculous Amount of Characters – The Legend of Zelda: Majora’s Mask

I guess honest hard-working redheads are beneath Game Informer’s Kyle Hilliard. He lists the moon as the best redheaded character in Majora’s Mask, but passed over the ranchers Romani and Cremia, the proprietor of the Stock Pot Inn, Anju; the Mayor’s wife, Madame Aroma; the mailman; the banker; the twin dancers; the twin jugglers; the happy mask salesman; and North Clock Town’s Great Fairy. I’m glad to be able to shine a light on these overlooked, everyday red-haired heroes. 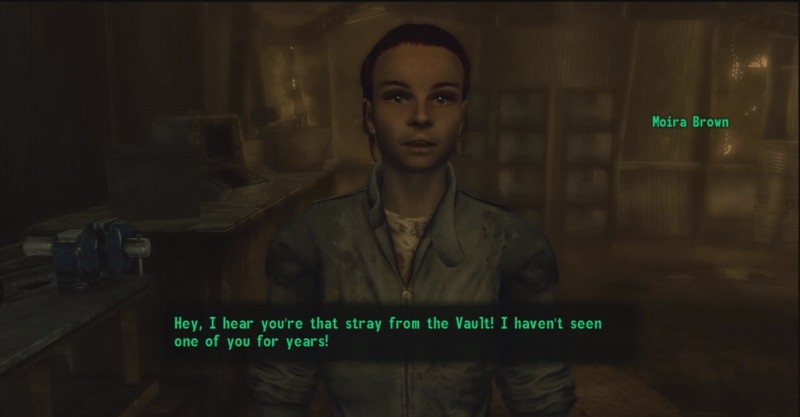 Moira is an inventor, entrepreneur, and aspiring author. She is one of the most accomplished characters on this list, if you don’t mind that she lets other people do the dangerous research for her. Hey, work smarter. 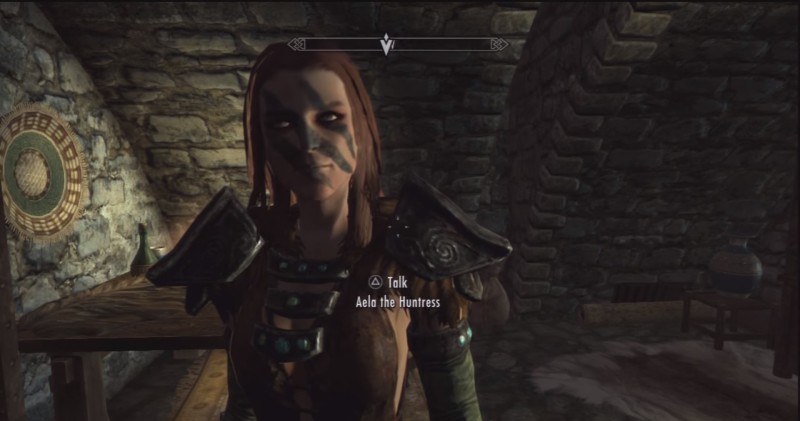 The huntress with the bluntness, Aela lets you know that the Companions don’t welcome any old “milk drinker who stumbles in.” Good news, if you manage to catch her eye, she is a prime candidate for marriage. She likes long walks in the moonlight and crunching prey in her jaws. 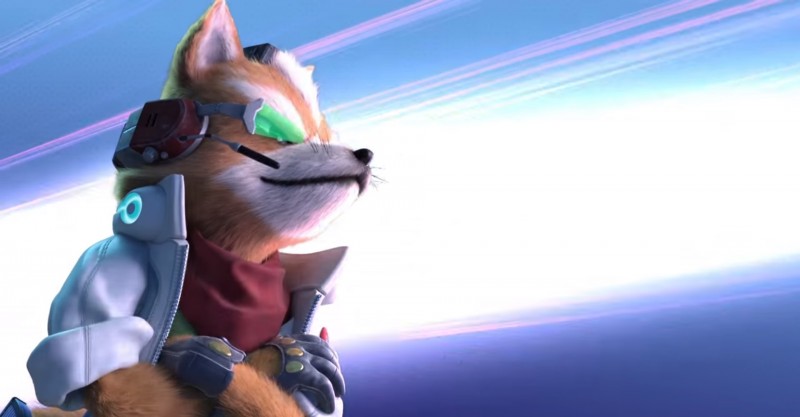 Foxes have red hair, right? Fox can fly a spaceship alongside his animal gang, so, if you’re able to suspend disbelieve for that, maybe we can skip the fur vs. hair debate and agree he is an amazing redhead. 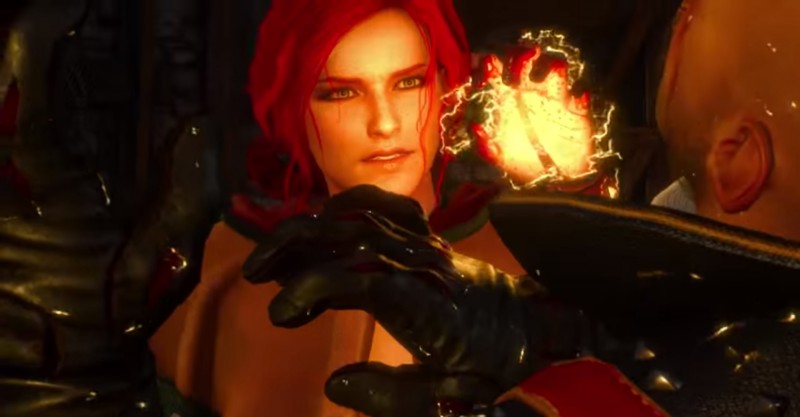 Triss has a lot going for her. She’s a powerful sorceress and the only of Geralt’s magically gifted love interests with a sense of humor. In an unfortunate twist of fate, she is extremely talented in making potions and casting spells but is horribly allergic to magical effects. 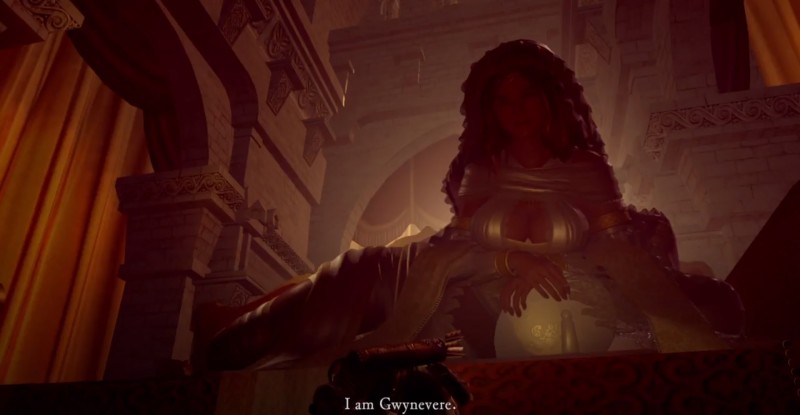 Praise the sun. This heavenly redhead, daughter of Lord Gywn, gives you Lordvessel after defeating her guardian knights Ornstein and Smough. Her shining aura is so bright it literally lights the city of Anor Londo. She takes off if attacked, and there ain’t no sunshine when she’s gone. 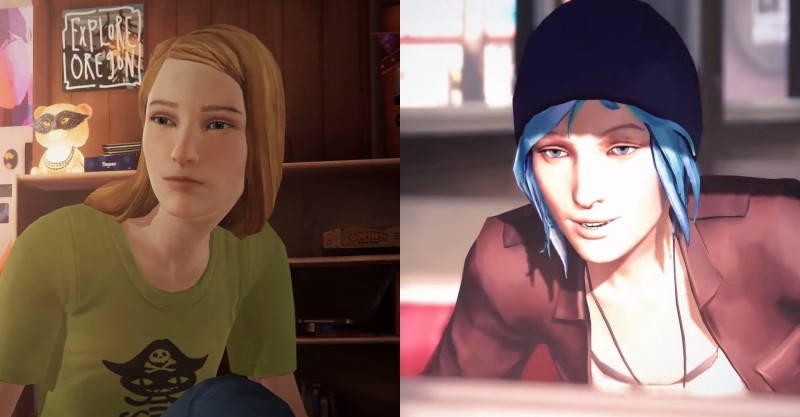 I know what you’re thinking, Chloe has blue hair. Well, a little-known fact is that’s not a natural human hair color. She began life as a strawberry blonde, which is what redheads call themselves when they don’t want to fully commit. Though she tries to color over it, I’ll turn a blind eye on Love Your Red Hair Day. 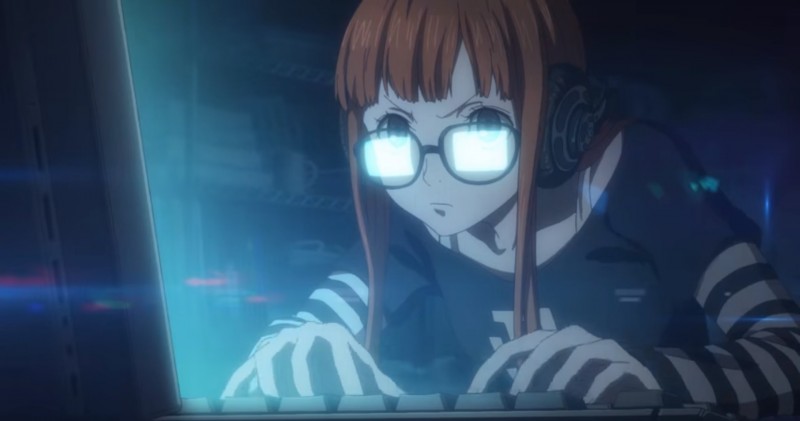 Moving on from a natural redhead hiding her color to a dark-haired hacker looking to join the ranks, Futaba Sakura dyes her waist-length hair a lovely orange. The time and effort it takes to dye that much hair should be rewarded. 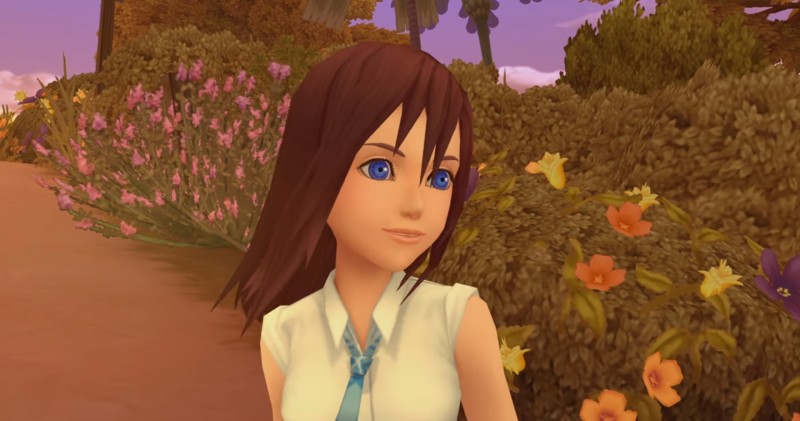 All pure-hearted Kairi wants to do is kick back in the Destiny Islands, but can anyone let her do that? She has to be applying sunscreen like crazy. Have you ever seen a redhead go that long in the sun on a tropical island without getting sunburned? 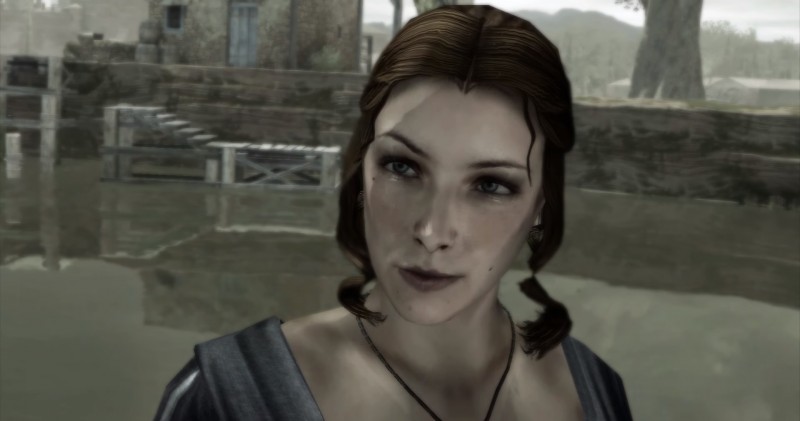 Assassins seem to have a weak spot for red-haired women. Even though Leonardo DaVinci himself warns Ezio that Caterina is "as powerful and dangerous as she is young and beautiful." Ezio goes for it anyway. Leonardo wasn’t joking, Caterina escapes from imprisonment with Ezio’s help, has her husband murdered, then leads her troops in the defense of her home. 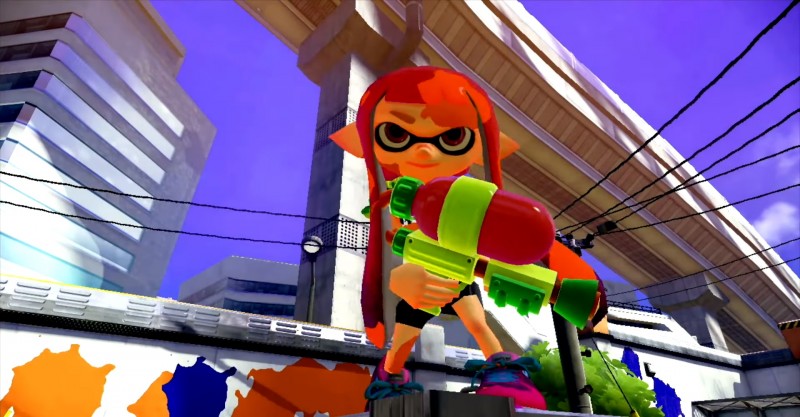 Okay, for inklings it’s not so much red hair as orange tentacles, but that’s fine – we take all kinds. Inklings know how to paint the town and are great team players, so they should take the day to let their hair-tentacles down.

The young and innocent-seeming archer rains death from afar in Banner Saga. She may never have liked sewing, but she can thread the needle – shooting all enemies in a row with one arrow – like no one’s business. 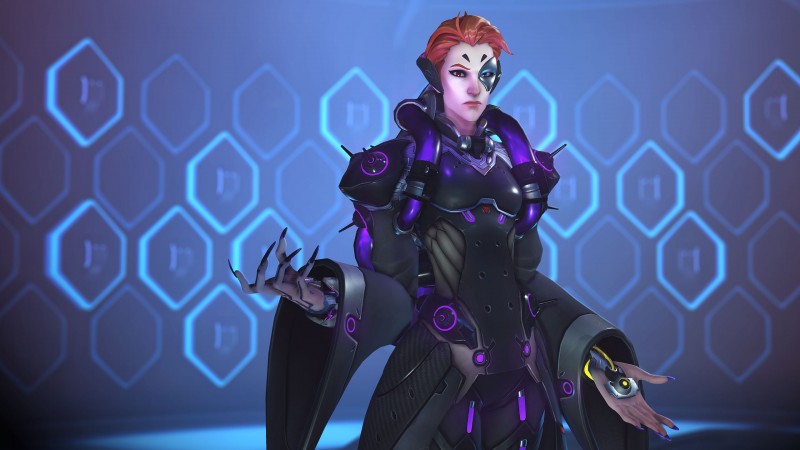 Moira’s got your back in a fight. Her biotic abilities can mess up enemies or heal allies, depending on her mood. Moira is a brilliant geneticist and her work is on the cutting edge. Really. Watch out that you don’t get cut.