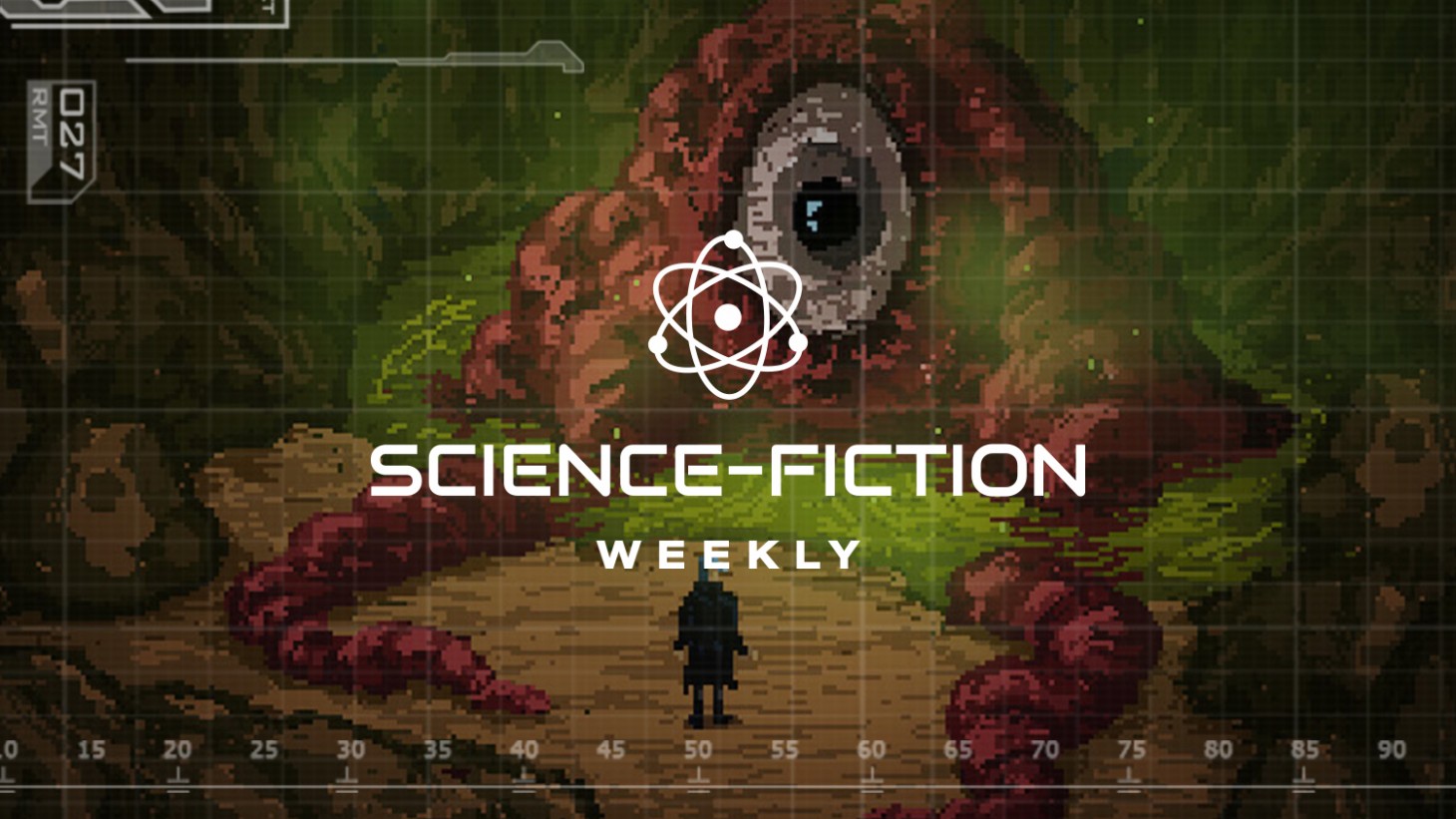 I recently had the chance to spend three hours in a post-apocalyptic version of West Virginia (which you can see and read here), and now I'm itching to launch myself into the cosmos to explore the post-apocalyptic alien world of Nexus. This distant planet is featured in an upcoming RPG called Death Trash, which is described as a combination of science-fiction, cyberpunk, horror, and black humor. Death Trash allows players to create their own character power and embraces freedom of choice throughout most of the adventure.

This game has been in development for a few years (with the footage below dating back to 2016), and the release date listed is just "when it's done." We don't know if we'll be seeing it any time soon, but the game's creator Stephan Hövelbrinks keeps his Twitter followers up to speed on the latest development progress.

Nexus is a technologically advanced planet that met its demise when robots were deployed to keep the peace. The robots became corrupted, and society fell quickly. Your journey as lowly raider will be to either heal or destroy the society that now exists. All signs point toward your choices leading to a war of the machines. This RPG experience offers item crafting, real-time isometric combat, stealth, and dialogue options that probably lead to some of the choices along the way. Again, we don't know when Death Trash will be coming, but I love the monster designs and concept of the world. Here's hoping it's not too far off. You can get a taste of what's to come in the prototype's footage.

Now imagine what it would be like to play as the robots. In Devolver Digital and No Code's forthcoming science-fiction thriller Observation, the player assumes the role of a space station's A.I. named S.A.M., and is tasked to find out what happened to Dr. Emma Fisher and her crew.

The set up for this game reminds me a little bit of the old Sega CD game, Night Trap. As S.A.M., you switch cameras to observe different areas of the ship, and can interact with some of components within them using control panels, and various tools. As the name implies, a good portion of this experience is spent observing the astronauts' actions and aiding them when you can. Observation is slated to release on PlayStation 4 and PC in spring 2019.

The first episode of Star Wars: Resistance aired last weekend on various Disney platforms and streaming services. You know I can't say "no" to anything Star Wars but I think the best approach to this show will be waiting for a good chunk of the season to release before diving back into it. I wasn't a fan of the first episode.

The racing theme is certainly different and the ocean-based location holds promise even if the supporting cast is fairly obnoxious. The tone in this first episode matches the brighter colors and is used effectively to paint a show that is more like a Saturday Morning cartoon with humor and wackiness overshadowing the serious themes. Since I have a feeling the "origin story" will play out for a few episodes, I'm waiting until the show hits mid-season. We should be able to get a good read on exactly what Disney is going for then. I like that it doesn't have a war as a backdrop, yet I question if the racing and pirates will be enough to carry it.

In other Star Wars news, Darth Vader is getting his own VR experience and so are the Porgs. Remember those little guys on that island that Luke Skywalker was hanging out on? Those annoying and somewhat cute birds are a part of a new Magic Leap AR experience called Star Wars: Project Porg. When you put the glasses on, the birds appear in the real world, as does C-3PO (who is voiced by Anthony Daniels). You'll be able to feed and interact with the Porgs using a remote control. It sounds like the Star Wars equivalent of Nintendogs.

Over the last few days movie director Neill Blomkamp has been sharing behind-the-scenes material from his canceled Alien film. One of the items is sculpture of a xenomorph that has four arms. I don't know what use the tiny tyrannosaurs rex arms would have, but it is cool to see Blomkamp's vision explore slightly new territory. You can check out a ton more stuff on his Twitter and Instagram feeds.

Amazing sculpt by amalgamated dynamics @alec_gillis @tom_woodruffjr of the xeno. I’m not working on this - it’s just in the office and I love it

That's it for this week, folks. I'll be back next week with another edition, and hopefully some impressions of the new Doctor Who season!