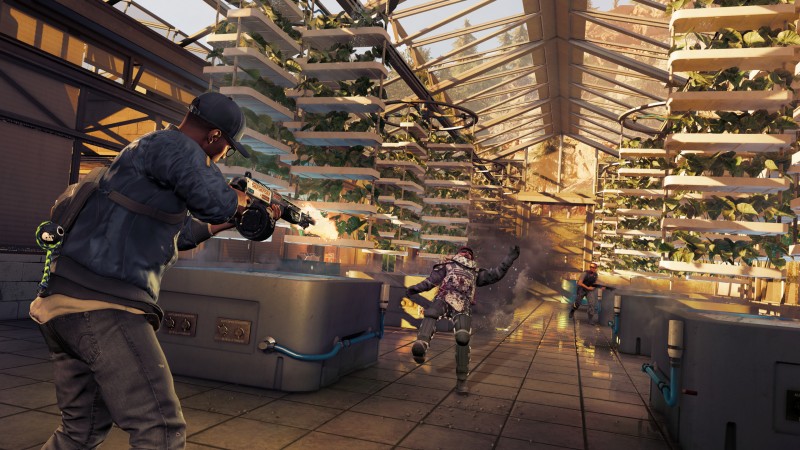 It's no real secret that Ubisoft is making a new Watch Dogs. The games have sold well and, with no Assassin's Creed game releasing in 2019, that leaves a pretty big hole for a major open-world game to fill in Ubisoft's calendar. However, it appears a retail listing for Watch Dogs may have given us an early look at the game's title and some details that kind of defy belief.

The listing, which was found by TheNerdMag and can itself be found here, refers to a new PlayStation 4 game called Watch Dogs Legion. The page was created by Ubisoft and even has a plot description that matches up with rumors over the last few months about the new game.

"Watch_Dogs Legion is set in a near-future, dystopian version of London," the plot description reads. "It's a post-Brexit world in which society, politics and technology have changed and altered London's fortunes. London is one of the most iconic cities in the world and has had a massive influence on all of Western Culture for centuries… London makes total sense for WD, as the city has one of the highest surveillce [sic] levels in the world making this the perfect playground."

The decidedly amateurish quality of that description does cast suspicion on it, but attempting to find that text string elsewhere on the internet produces no real results, even with some snipping and alterations. It is unclear where it came from if it were not originally written for this store page. For a publisher so slavishly dedicated to insisting none of their major games have political messages, directly calling out the pratfalls of Brexit by name seems strange for sure.

Most interestingly, however, is a gameplay description that seems to indicate the ability to play as any NPC in the game whenever you want.

"Play as anyone, Every individual you meet in the open world, has a full set of animations, voice over, character traits and visuals that are generated & guided by gameplay systems," according to the listing's text.

How that works in practice is another question, but it sounds somewhat similar to what Ubisoft did with Driver: San Francisco, where magic coma dreams let the playable character switch to other cars by pressing a button. With London's circuitous closed-circuit TV system, doing the same thing with the city's impossibly large camera system does indeed make a lot of sense.