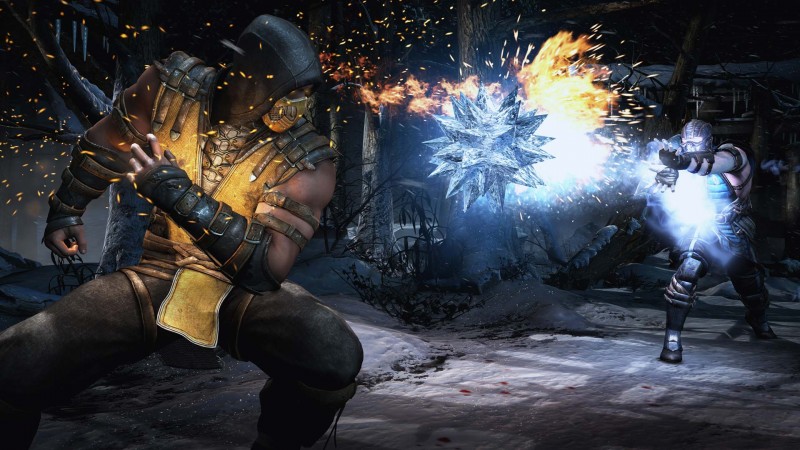 A few days ago, Spanish-language voice actor José Eduardo Garza Escudero, commonly known as Lalo Garza, went to Twitter to express his frustrations. As a common voice actor for bringing English-language properties to Mexico and dubbing them over in Spanish, Garza is often tapped for video games, as well. Last week, he had apparently lost out on a role and, in the process of venting about it, may have said more than he should have.

In a machine-translated tweet, Garza said "Well finally I confirm that the 'professionals' of @ PINKNOISEloc decided to remove my characters from #MortalKombatXI. How sad that a company that wanted a lot ends up making decisions that affect both you, the consumers. Goodbye Kung Lao and Reptile."

Garza later clarified that he did not necessarily know if this project was actually Mortal Kombat XI, as it could be "MKXI, MK10.5, MKXYZ or whatever." He simply knew that these characters would not be dubbed by him in whatever new Mortal Kombat project this appears to be, if it even really exists.

Mortal Kombat 11 has never been really rumored as much as it has always been assumed. Netherrealm Studios has been on a fairly consistent cycle of fighting games, alternating between Injustice and Mortal Kombat for four games now. Theoretically, this cycle should have positioned Mortal Kombat XI in April of 2019, two years after Injustice 2, but neither Netherrealm nor Warner Bros. have announced anything as people have assumed they were going to.

Aside from that formerly-consistent schedule, there is also the curious case of the Warner Bros.' E3 sales. In 2016, it was also assumed by many that WB was ready to announce a sequel to Shadow of Mordor, the highly-praised Middle-earth game. To add fuel to the fire, a "Best of E3" sale took place on PSN, focusing on games that got new entries announced at E3, and it included Shadow of Mordor in the sale. Warner Bros. did not announce anything until February of the following year, when Shadow of War was revealed. This year, Mortal Kombat XL was one of the games in the "Best of E3" sale.

WB and Netherrealm might be wanting to avoid the marketing slump that Injustice 2 suffered from, where the game was announced but not publicly discussed or marketed for six months after the reveal. By shortening the window, they can better pace the marketing of character reveals and trailers to the game's release. On the other hand, if one optimistically assumes an April date for the game, it already seems way too close to announce it right now.

For his part, Ed Boon stays fairly quiet about Mortal Kombat XI, expressing bafflement and confusion whenever anyone asks him about it on Twitter. But, well, Ed Boon says a lot of things about Mortal Kombat, and trying to figure out what's coming down the pike by reading his tea leaves on Twitter is a bit like trying to guess next week's weather by looking out the window. You might get lucky guessing, but the causation argument is weak.

Still, Mortal Kombat XI seems like a fairly likely bet eventually, and the voice actor does not seem terribly confused about it. What do you think? Do we get a Mortal Kombat trailer at The Game Awards? Or perhaps next E3? Or maybe just none at all?