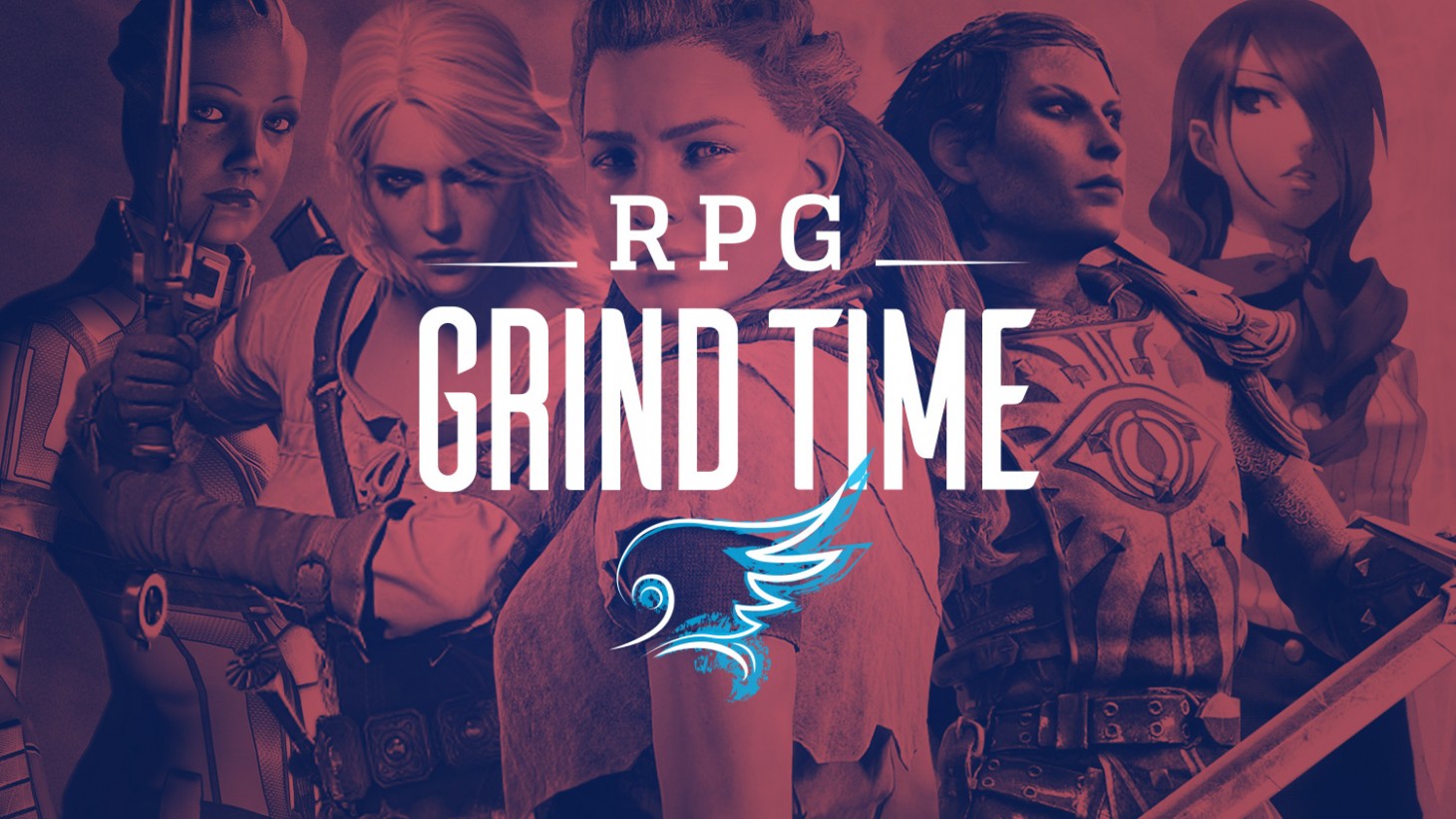 Today is International Women’s Day, and to celebrate we’re bringing you a special edition of RPG Grind Time. Fellow editor Elise Favis and I sat down and had a great conversation about our favorite ladies throughout the genre. Whether it was a woman who took matters into her own hands or one that provided the support necessary to get through the greatest of obstacles, we wanted to honor these wonderful ladies and their amazing qualities. Here’s a list we put together of female RPG characters that made a strong impact on us.

Phantasy Star is one of the earlier RPG series with great female representation. After all, the first entry starred Alis Landale, who paved the way for many leading ladies who didn’t need saving and had their own motivations. Alys Brangwin may not be the main protagonist of Phantasy Star IV, but she’s one of the better-developed characters in the series and stands out for how she helped turn Chaz Ashley into the hero he needed to be. A skilled monster hunter, Alys saves Chaz and acts as a mentor, helping transform him from naive thief to morally just young man. Her impact on his life as not only a friend but also a parental figure only makes Phantasy IV’s hard-hitting moments that much more impactful.

Aya Brea is another early Japanese RPG character who was a breath of fresh air for female heroines. The NYPD rookie shows what kind of woman she is in her first big scene – the iconic opera. As people begin to burst into flames before her eyes, she doesn’t run from the situation, instead she pushes her date aside and charges in head-first following the mysterious figure responsible. Throughout her journey, Aya must stand up for herself as she’s thrown into complete pandemonium, sometimes defying her superiors in the name of doing what’s right. She has moments of uncertainty, but that’s part of what makes her character so much more relatable.

Horizon Zero Dawn provided us a powerful heroine in Aloy, who is a refreshing look at what it means to have confidence. She’s a young woman who knows her capabilities and speaks out even - or maybe especially - when people doubt her. This is even more inspiring when you take into account that she’s lived her life as an outcast, treated as if she’s nothing, and yet she still sees her value and believes in her ability to do great things. Her resourcefulness and curiosity are strong qualities, but what makes her stand even taller is how she doesn’t let her difficult past define her. Okay, and she also battles gigantic robotic dinosaurs... 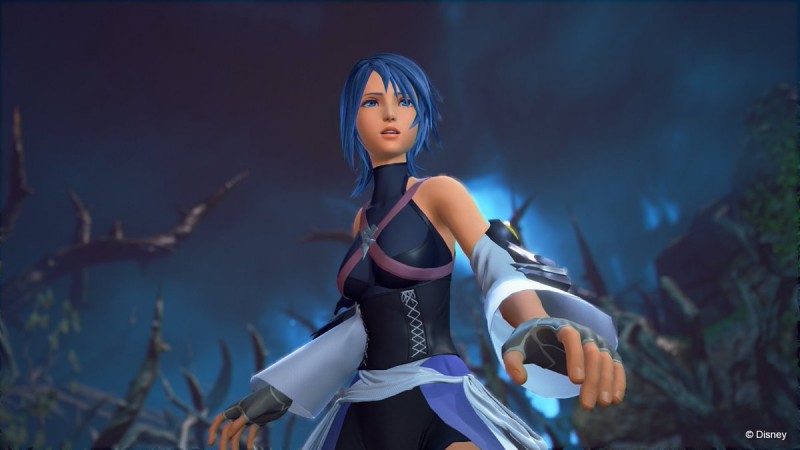 Aqua is hands-down one of the best and most selfless characters in the Kingdom Hearts series. Her story about going above and beyond to protect her friends is not only noble but comes with great sacrifice, locking her away in the Realm of Darkness. Watching her deal with the impact of being trapped in such a dark place, you have to commend the woman for her belief in her friends and that her actions were for the greater good. She tried her best to protect everyone and not succumb to the darkness – not many could succeed for as long as Aqua did. Let’s not forget she can wield a keyblade with the best of them. Capable and kind, Aqua more than commands respect, she’s also inspiring as hell.

Sometimes being true to yourself is one of the bravest things you can do. On the outside, Mitsuru exudes perfection: she’s the leader of the S.E.E.S., student council president, member of the fencing team, and later becomes valedictorian. However, as we know appearances are often deceiving, and Mitsuru has a lot on her shoulders. This comes through profoundly when her father dies and she’s expected to take over the family company and partake in an arranged marriage to preserve it. It’s a tall order, asking her to give up all her aspirations for her family name, which she even admits she feels shackled by. It’s when Mitsuru breaks through those said shackles and rejects a life that has already been decided for her that she becomes the woman she’s truly meant to be. In the end, she lives life on her own terms, which is easier said than done.

Wild Arms 4 is far from the best RPG, but it has one of the most underrated female characters. As one of your most powerful party members, often acting as your “tank,” Raquel Applegate isn’t afraid to speak her mind, but she also has an extremely touching story. Raquel has been searching for something “still beautiful” in this world, and it’s when you find out why that makes it all the more admirable. Due to illness, Raquel has limited time left, but she doesn't live in fear; instead, she lives her life to the fullest. Wise beyond her years, she offers a perspective that’s rarely explored in video games and she does it all while kicking major butt on the battlefield.

Geralt always felt like a father figure to Ciri, who he trained to become a Witcher and, on some level parented, at Kaer Morhen. Although she isn't the protagonist, much of The Witcher 3's story revolves around finding her. It may sound like a damsel in distress trope, but Ciri is never described as helpless. She's a highly-skilled warrior with magical abilities, and an heiress to several thrones. She's swift and fluid in combat, and her personality shines in the quieter moments, like a playful snow fight between her and Geralt. During the final mission, we see the culmination of her skills as she attempts to put a stop to the sinister White Frost. 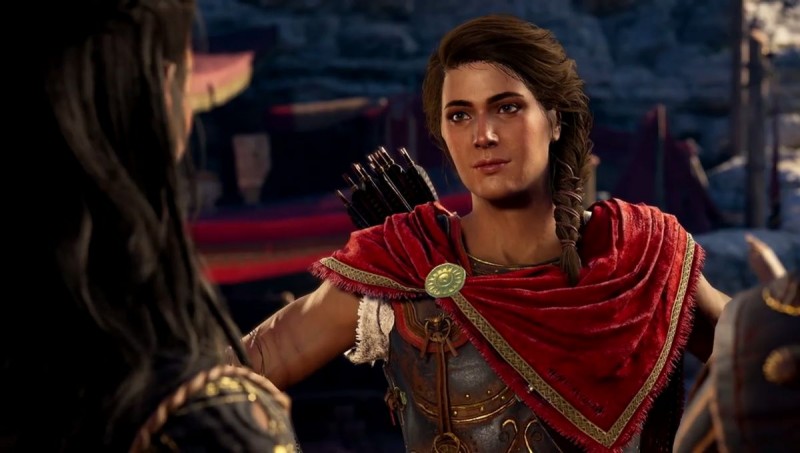 Assassin's Creed Odyssey stars two playable characters, Alexios and Kassandra. Although the siblings say the same lines, there's a delightful aura to Kassandra, who says humorous retorts with a twinkle in her eye. She's sassy, intelligent, and brings more personality to her character in comparison to her brother's more stilted dialogue delivery. Although the series featured a couple of female leads before, like Liberation's Aveline de Grandpré and Evie Frie (alongside Jacob), they've never had the full spotlight. Liberation isn't part of the core franchise, and Evie is only playable for half the story during segments crafted specifically for her. Kassandra is, by far, the better choice to play in Assassin's Creed Odyssey, and we're crossing our fingers that Ubisoft is eventually going have a woman fully lead a major Assassin's Creed entry soon.

Similar to the differences between Kassandra and Alexios in Assassin’s Creed Odyssey, many feel strongly about what gender they pick for Commander Shepard. While some argue that Maleshep is the better choice, many fell in love with Femshep for her memorable role. Femshep is undoubtedly one of the most empowering women in games, and this is partly because you can shape her into the character you love through your decisions, giving her a mean edge or a more compassionate side. Despite sometimes feeling like an avatar for the player, Femshep also stands tall on her own with Jennifer Hale’s strong voice acting, her ambitious goal to save the universe, and her unwavering loyalty to the rest of the Normandy crew.

When Liara first joins the Normandy crew in the first Mass Effect, she's socially awkward and shy, despite her wealth of knowledge about the Protheans and admiration for Commander Shepard. Having spent half her life dedicated to studying Prothean technology, she's an integral researcher on the team and is also incredibly powerful with her biotic powers in combat. The most memorable part of Liara's character is how she shifts and evolves through the trilogy from a sheepish researcher to an at times ruthless warrior. Particularly in Mass Effect 2, she shows a darker side fueled by hate as she tracks down the Shadow Broker. This subplot continues in one of Mass Effect 2's DLC, Lair of the Shadow Broker, where your relationship and friendship is put to the test. Liara has a strong will that sometimes puts her in precarious situations, but at the end of the day, she's one of the Normandy's most compassionate squad members who only wants what's best for Shepard and company. 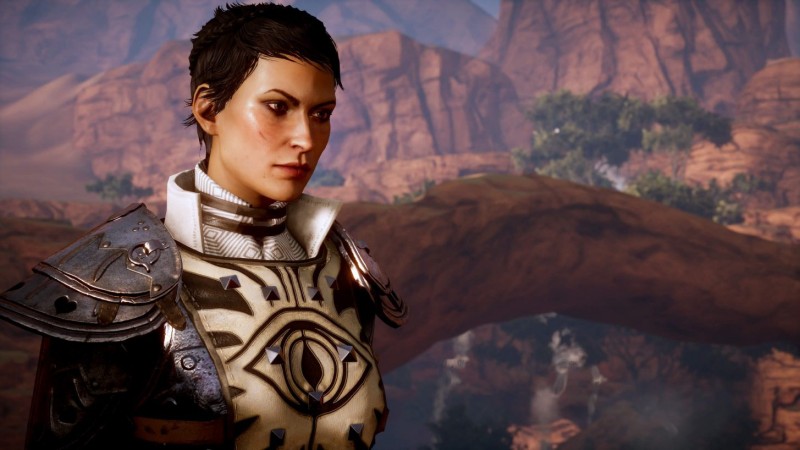 Cassandra Pentaghast first appears in Dragon Age II, seemingly as an antagonist, as she interrogates Varric in scenes that take place years after the events of the game. We get to know her on a much deeper level in Inquisition, where she joins as a party member. As a Seeker, she's a devout spiritual follower, but her faith takes many hits, especially when a dear friend dies and when the Chantry is near collapse. While she first comes across stern and cold, as the story unfolds you see how caring and sensitive she can be. This is especially notable in her rivalry with Varric, who she secretly admires as a huge fan of his romance book series (she's very embarrassed about it, and it's adorable). As her approval of you rises, you can romance Cassandra to see her vulnerability that she hides behind her strong Seeker armor so well.

With a devastating backstory, such as being genetically tested on as a child and later imprisoned by the Empire she fought for, Celes is one of Final Fantasy VI's most memorable party members who emerges from trauma. Her loyalty is often questioned by others and she is considered a traitor back home, but she pushes through these difficulties with an admirable amount of strength. She is also front and center in one of the game's most iconic scenes, where she takes the place of the lead actress on stage at an opera house while beautiful music renditions are played in the background.

"Does it seem strange that every single person at this party has tried to bribe us?" Blackwall asks during a costume party ball, shortly after meeting the spymaster Briala.

"It's the Game, my dear," Vivienne says. "Everyone plays it here."

Vivienne is a master manipulator when it comes to politics, and a highly influential part of the Inquisition due to her connections and magical prowess. In fact, she's the youngest mage to join the Circle in all of its history. She can be difficult to like at first, sometimes appearing cold and patronizing, but she plays an important role. If you bring her along to a grand ball where an assassin hides in plain sight, she brings fascinating insight, and in combat, she's a force to be reckoned with when using her incredibly powerful magical abilities.

Bayek may be the playable protagonist of Assassin's Creed Origins, but we would argue that his wife, Aya, is even more compelling. Despite showing up in many lustful scenes between herself and Bayek, she's far from portrayed as his trophy or dependent on him. Instead of staying by Bayek's side, she departs to start the Order of Assassins, often acting as a moral compass when it comes to who deserves to die and who doesn't. As strong as the marriage first seems between the two, it goes through its ups and downs as Aya struggles with whether her loyalty is with Egypt or with her husband. The story does a great job of showing just how independent and determined of a character she is, despite first seeming like simply a love interest for Bayek.