Whether it was the years of anticipation generated from one of the biggest cliff hanger endings of all-time, the excitement for a then next-generation Bungie game, or the return of the assault rifle, Halo 3 was a cultural event that few games had ever matched in 2007.

Luckily for fans of the iconic series, the prerelease hype wasn't overstated as the game's campaign was a true spectacle with a multiplayer suite that engrossed players for years to come. Join Andrew Reiner, Ben Reeves, and me as we take the fight back to the Covenant and see how Halo 3 holds up 13 years later.

We went live earlier but you can watch the full archive above. If you can't get enough of our live shows, remember to subscribe on YouTube, Twitch, Mixer, Twitter, and Facebook to get notified when we go live each week! 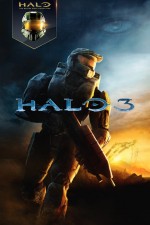