Yesterday, Skate fans rejoiced as EA announced the action sports series would be making a return after being away since 2010. Join Andrew Reiner, Ben Reeves, and me as we get back on the board and play Skate 2 while reminiscing about what made the series so popular and where we think the franchise goes from here.

We went live earlier but you can catch the full archive of the stream above. If you can't get enough of our live shows, remember to subscribe on YouTube, Twitch, Mixer, Twitter, and Facebook to get notified when we go live each week! 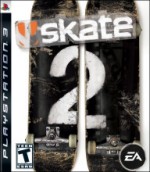