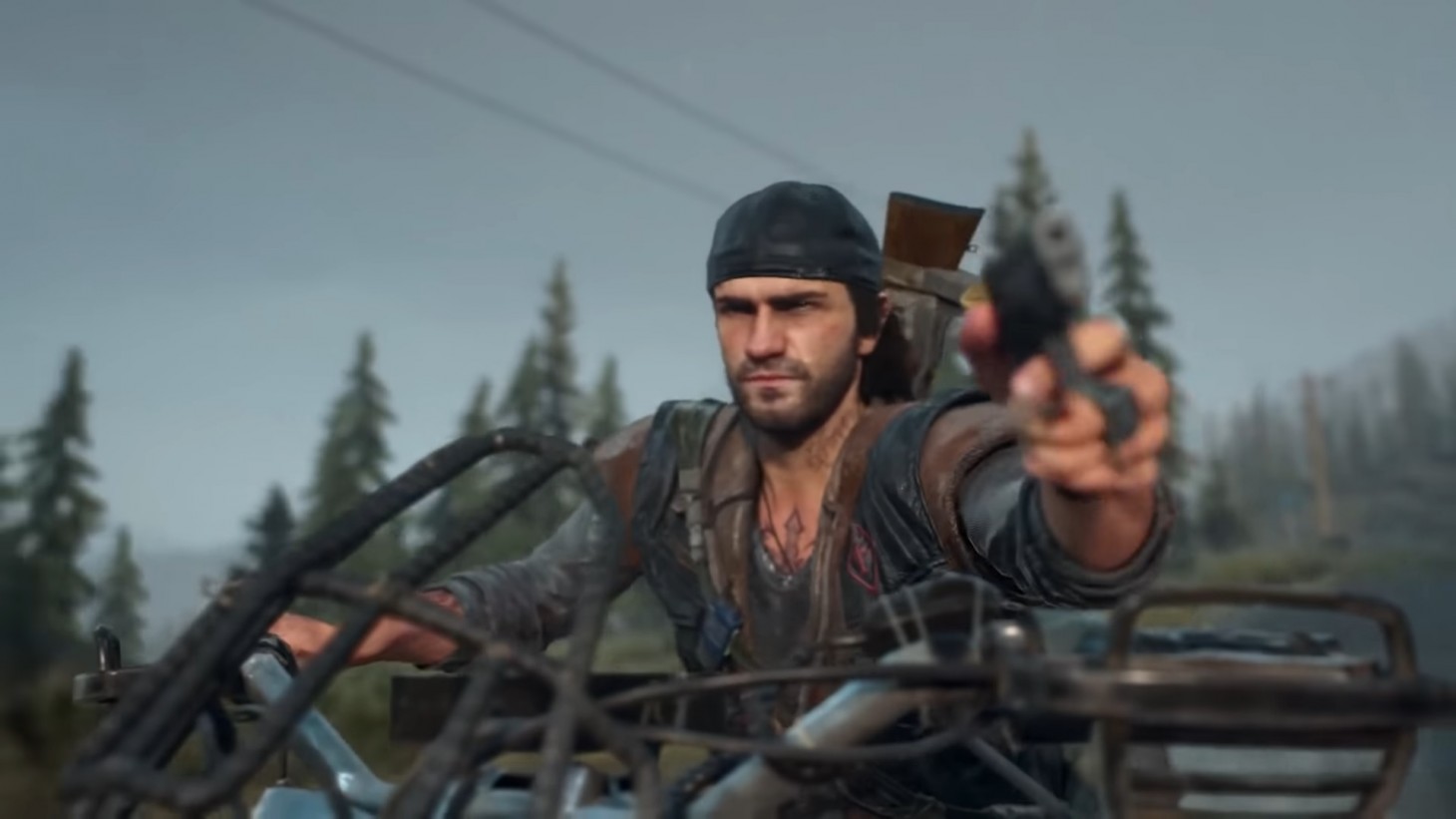 June is rapidly approaching. The days are getting warmer and longer (though it is sometimes hard to tell), and what better way to enjoy the beautiful weather than to ride a virtual motorcycle around zombie-infested Oregon? Some of us jump back into Days Gone, some live out their dreams of being a robot in Observation, and some go a different direction all together. Here's what the gang is playing. Let us know about your games of choice for this weekend in the comments!

Imran Khan (@imranzomg) – This weekend, I’m flying home for a bit to visit family, which means a five-hour plane ride. I don’t do well in one seat for multiple hours, so I’ll be putting my Switch in my carry-on and playing more Final Fantasy XII. I have officially reached the part of the game I quit at in 2006, the Sandsea, and the fact that there is a 4x Fast Forward mode and per-room checkpoints makes it a lot less anxiety-inducing now. I also realized I never finished Splatoon 2’s campaign or ever even started its DLC, so I might bring that with me just in case.

Joe Juba (@Joejuba) – I’ve been enjoying Shakedown: Hawaii in bite-sized bits as an easy and fun way to unwind, so I’ll probably keep up that mayhem in the coming days. I’ve also been meaning to start Observation after all the buzz surrounding it this week. And, of course, I’m still playing Dragon’s Dogma: Dark Arisen on Switch — though that’s basically just occasional farming for top-tier armor at this point.

Matthew Kato (@MattKato) – Excited to start playing Observation, which I've heard is pretty great – especially for a Kubrick fan like myself.

Javy Gwaltney – This weekend I’m playing Metal Gear Leon 4 in a café on my switch with a trust cup of coffee at my side and then probably trying to make a bigger dent in Days Gone.

Jeff Marchiafava (@GIJeffM) – I’ve been immersed in Dreams for the past couple weeks, and I don’t expect that to change anytime soon – making dumb creations and playing other people’s creations is a ton of fun. Unfortunately, I’ve also got a bunch of yard work to do this weekend, which I’ll try to fool myself into believing is like playing Stardew Valley in real life.

Brian Shea (@BrianPShea) – This weekend, I plan on playing a bunch of the Overwatch anniversary event (big surprise, right?), but I also want to finally spend more time with Days Gone. The game should be right up my alley, and I’m at the point where I’m told it really opens up, so I’m excited to spend some quality time with it.

Suriel Vazquez (@SurielVazquez) – Returning to the Spire of Stars as I scavenge the pink-hued post-apocalypse with Cassie Cage once again.

Kyle Hilliard (@KyleMHilliard) – After some travel for work, I will be relaxing this weekend. I might mow the lawn (which is legally a jungle now thanks to my laziness), and I might go see Aladdin. I’ve always been enjoying Days Gone, so I’ll probably keep going on that.

Leo Vader (@LeoVader) – The usual Siege but I’ve also been getting really into Mordhau lately. Really deep, rewarding combat, lots of weapon ranges and frames to learn. So satisfying to just take two men’s heads off in one sweep in the middle of a huge team battle. Even if one or both of them are your teammates! Besides that, maybe I’ll get some friends together to give Red Dead Online another chance. I want nothing more than for that to be the best experience possible, and I really like the direction they’re taking it. HAGS!

Jenifer Vinson (@JenMarie_Vinson) – Friday I’m playing my Dragon Age tabletop RPG campaign with some friends. Saturday is my birthday, so I think I’ll be going out to celebrate.  Might hit up the Memory Lanes block party.  On Sunday I’m photographing a friend’s Samara cosplay from Mass Effect.

Emma Welch-Murphy (@EmmaMcmurphy) – I'm going to go see Brightburn. I'm really just interested in how it ends considering it's neither DC nor Marvel. There won't be any Avengers to take him down, so I'm curious to see how it goes.

Blake Woog (@woog_blake) – The name of the game is catch-up this weekend. I'm going to get through Fallout 4 so I can finally move on to Devil May Cry 5. My backlog is far too long.

Elsie Favis (@elsiefavis) – I’ll be spending my long weekend playing Observation, getting some personal writing done, and hopefully getting back into Days Gone. I’m most excited to return to Observation, though. Outside of some obscure puzzle-solving moments where I’m not too sure what to do next, it’s a pretty great sci-fi experience.

Joseph Stanichar (@JosephStanichar) – I'll be spending this weekend working on beating the last two DLC episodes of Spider-Man, "The Heist" and "Turf Wars." The first episode was more of the same, but the same is pretty darn good in my book. I committed to play one indie game per month this year, so I'm currently playing through A Night in the Woods, which is my... March game. I'll catch up eventually!