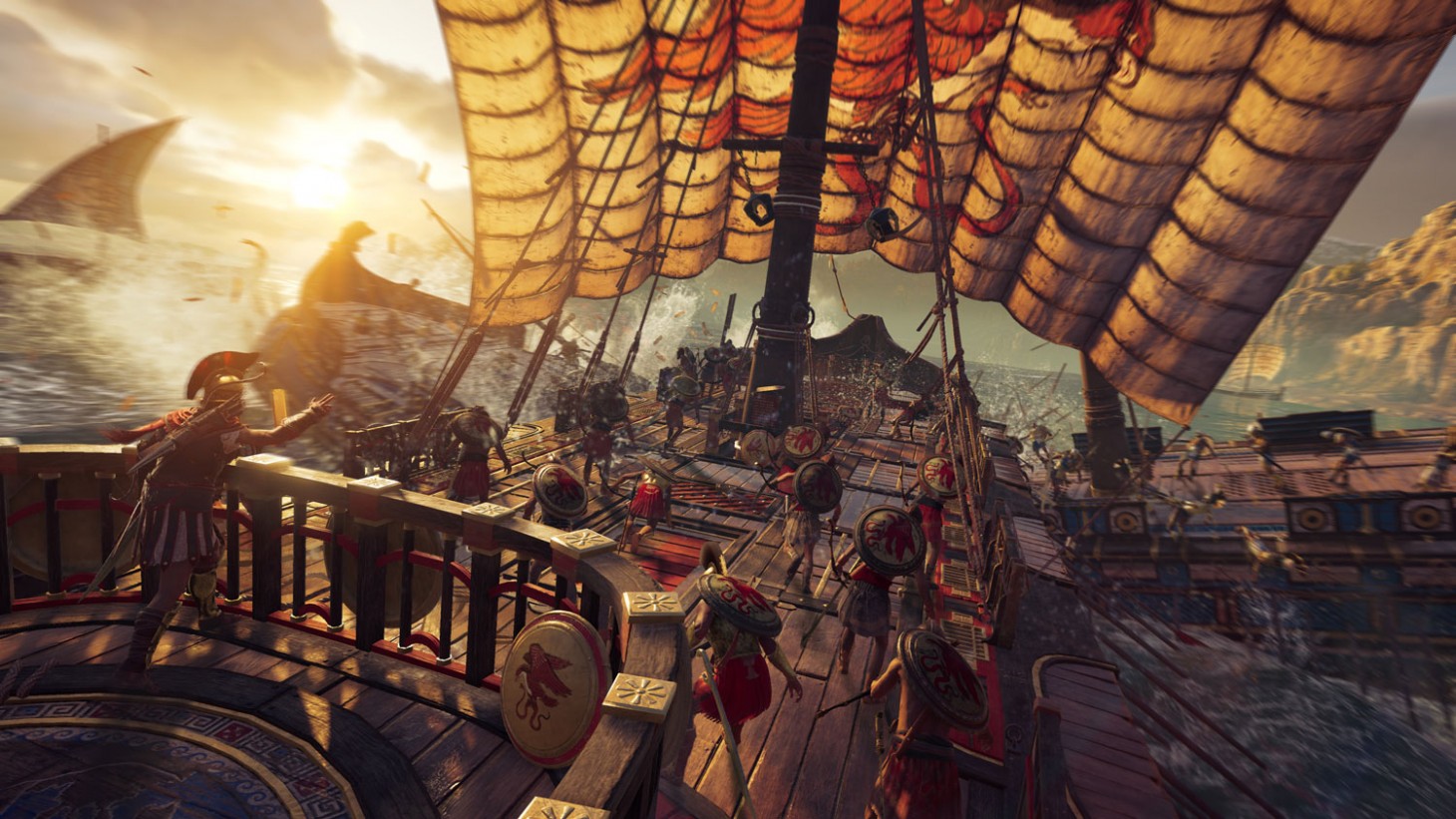 Weekend Warrior – A Jumble Of Fun

The office is abuzz with all the various activities the editors have in store for their weekend. Some are wrapped up in Assassin’s Creed Odyssey but for the most part everyone is doing something different. It’s almost like they are independent human beings and not game-playing robots programmed by Game Informer. Strange.

Are you doing anything fun this weekend? Tell us about them in the comments below! Also, resident Sphinx, Suriel, has given his weekend plans in the form of a riddle. Let us know if you understand what he’s saying.

Kyle Hilliard (@KyleMHilliard) – This weekend is both exciting and scary. We’re celebrating my daughter’s birthday with pizza, cake, and a bouncy house. That’s the exciting part. The scary part is it might rain, and we don’t have a great contingency plan for what to do with a (presumably) rowdy bunch of first-graders that we can’t send outside. It could be a disaster – for the parents. I’m sure the kids will be happy with whatever happens.

Suriel Vasquez (@SurielVazquez) – Granting my Last Wish and getting up to hijinks with Kassandra while thinking about Cassandra and how I miss her.

Ben Hanson (@yozetty) – I just realized that I have a gigantic lineup of Blank Check podcast episodes ready to go and the perfect podcast game: Forza Horizon 4. These are the ingredients for a wonderful weekend. I’m having a tough time getting my racing wheel working for the game though, which is a real bummer. Other than that, the game is just perfect. There’s also some talk of playing Super Mario Party with some friends and I also hope to finish off Wandersong. Don’t overlook that music-adventure game on Switch and PC! Have a good weekend!

Matthew Kato (@MattKato) – Plan to put a decent amount of time into AC: Odyssey, as well as take advantage of all the different programs going on in Madden Ultimate Team. I’m actually having fun just hanging around the MUT auction house and seeing what kinds of deals I can find and flip for profit. As far as other games go, I also plan to play more NHL 19. I’m in a weird limbo with my Wild franchise in that it’s March and I’m on the bubble of a playoff spot. Trading deadline is done, but I’m not sure if I should play all of my games this month and try and get a playoff spot or sim and take what comes. Maybe I’ll miss the playoffs but get a better draft spot. I don’t like tanking in general but given how I’m liking the new scouting so far, I’m excited for the draft.

In real-life sports, it’s going to be a super busy weekend. Two Gopher hockey games, the Wild home opener, Vikings/Eagles, the US Women’s National Team v. Panama, and the massive Manchester City/Liverpool match at Anfield. I hate to say it, but it might not be pretty this weekend. Oh well, there’s always video games.

Imran Khan (@imranzomg) – I’m heading out of town for the next week, so I’m bringing a cavalcade of Switch games with me that I probably won’t actually play. I’ve been saving Mega Man to play on the plane but I’m very likely going to just sleep or watch something on my iPad. I tend to bring 15 hours of entertainment for any given five-hour flight and then end up using none of it. But if I do get time, I have Valkyria Chronicles 4, Octopath Traveler, and Mega Man 11 to play.

Jeff Cork – This weekend, I’m going to try and power through as much of Assassin’s Creed Odyssey as I can. I’ve been having a lot of fun with it so far, and I’m looking forward to seeing where the story goes. As long as the answer is “Not on your ship,” I’ll be happy. I also need to get my weekly Overwatch crates, so I’ll play a bunch of Mystery Heroes. Keep an eye out for me; I’m the guy who dies seconds after Doomfist comes up in my rotation. Oh well.

Javy Gwaltney – I’m going to be finishing up Bowling With Niko Bellic & Friends this weekend, maybe starting Assassin’s Creed: Odyssey, and starting the second season/book of Avatar: The Last Airbender!

Jill Grodt (@Finruin) – I would love to say I was going to order-in, lock my door, and journey through ancient Greece in a hazy weekend-long Assassin’s Creed Odyssey session. I certainly will be playing some, but mostly I’ll be spending my time with a visitor from back home this weekend. The GI editors have steered me to the best places to eat around here, so it’s time to impress!