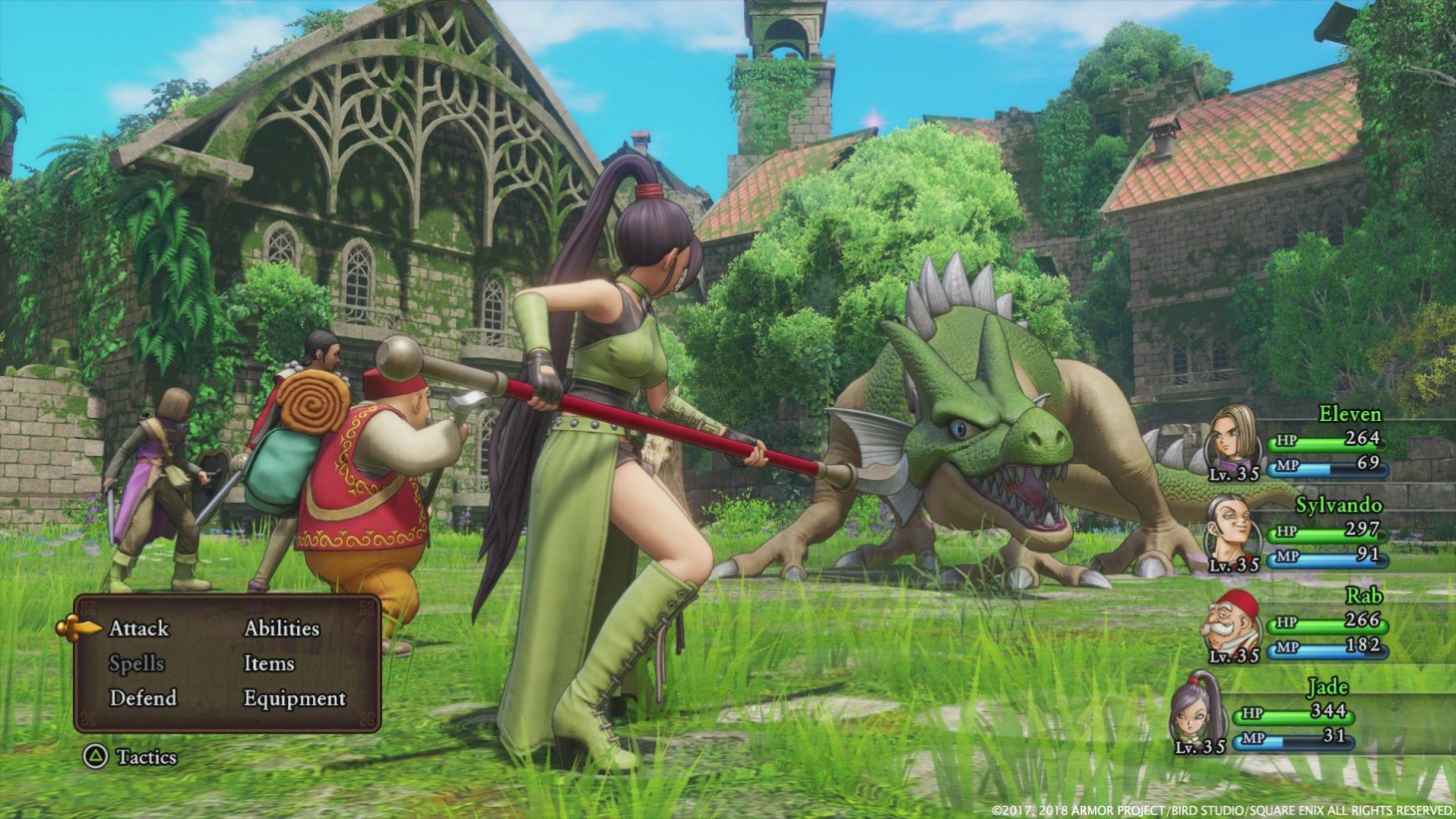 For many in the United States, this weekend will bring with it an extra day to celebrate Labor Day and the achievements of the American worker. Thanks to the extra day early in September, it’s also a chance for gamers to catch up on some of the titles they may have missed ahead of the crazy rush of games that will be hitting in the next three months.

Here’s what several of us have going on this weekend. Share your plans in the comments below!

Javy Gwaltney – I'm eating so much pie and playing so much Into The Breach, so don't bother me.

Ben Hanson (@Yozetty) – This weekend I’m fully committing myself to Dragon Quest XI. Heart, body, and mind. I’m talking no sleep, all play. Just me and my best pals Veronica and Erik. We’ll see the sights, we’ll slay the slimes! Nothing can get between me and this good, old-fashioned JRPG-as-all-hell JRPG. I’m really looking forward to it.

Oh, and I’m going to our local amusement park all day Saturday and probably won’t have time to play games on Sunday. Have a good weekend!

Jeff M (@GIJeffM) – I made the spectacularly bad decision to finally crack open my copy of Skyrim Special Edition recently, and as such have spent most of my gaming time sneaking around people’s houses and castles and robbing them of all their valuables. Oh, I’ve done a quest or two as well. But mostly just stealing stuff. I’ll probably do more of that this weekend.

Leo Vader (@leovader) – Doing a big birthday stream tomorrow! Surrounding that I’m hoping to get squadded up with some fellow editors for some PS4 Siege, because dabbling in that after playing PC for so long has been bizarre but great. Having quick aim taken out of the equation makes it all about tactics, so it’s a unique new way to play. HAGS!

Suriel Vazquez (@SurielVazquez) – I've had The Awesome Adventures of Captain Spirit sitting in my Steam Library since it launched, so I think now is finally the time to get through it. Also, I'll be prowling the streets of Kamurocho in Yakuza Kiwami 2. Also, Street Fighter V! And Dota 2! And sitting in the dark, thinking about Artifact!