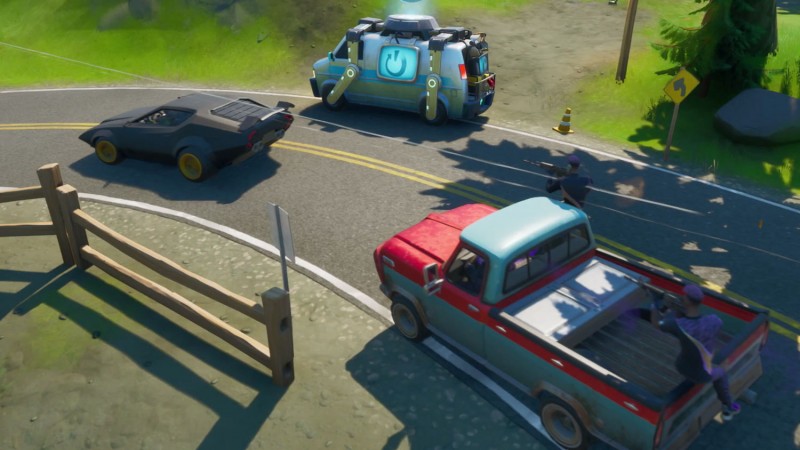 Fortnite's latest season, Splashdown, released a few months back in mid-June. It's brought some significant changes to the battle-royale mode, most notably drenching the map with waters that have been slowly receding over the past several weeks. It's just about back to its pre-flood state, which means there's finally enough land to support another big addition: driving!

Epic has confirmed that the JoyRide update will be coming to the game on August 5, which adds the long-awaited ability to drive cars.

Sure, the game has featured a variety of four-wheeled vehicles over the years, but aside from shopping carts, golf carts, and quadcrasher ATVs, they've only been a resource for metal. This should add some much-appreciated utility to these things, and also give players another way to quickly get around the world.

The pictured Whiplash looks like a two-seater, but we'll have to wait until the update launches to see just how many other vehicles are coming to Fortnite and how many combatants can cram into each one. And, perhaps more importantly, will you be able to honk their horns at will?