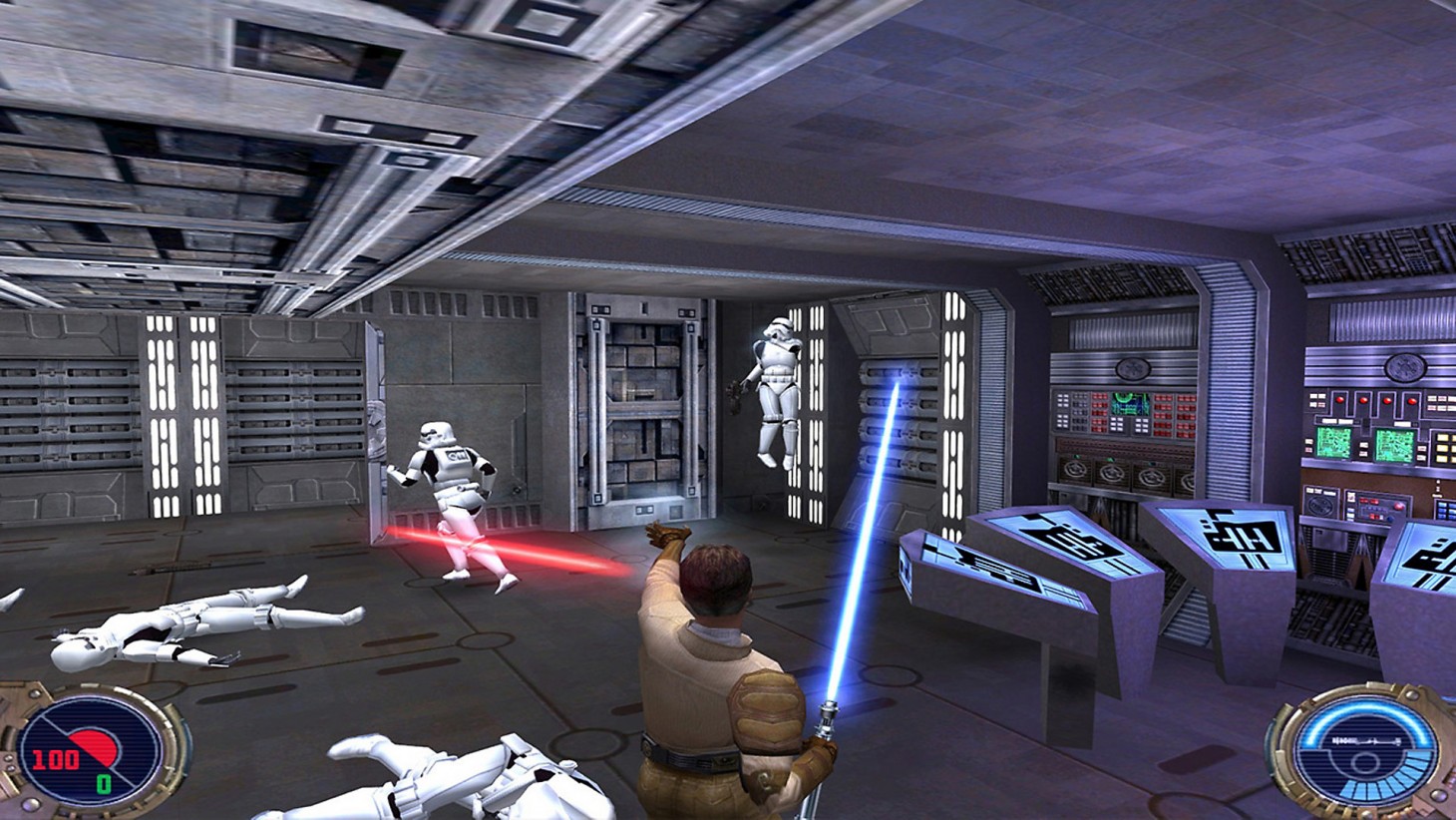 A new generation of gamers will now understand why Kyle Katarn is beloved when they play one of the best Star Wars games to date. Star Wars Jedi Knight II: Jedi Outcast is out today on PlayStation 4 and Switch for just $9.99. We haven't gotten our hands on this port from Aspyr Media yet, but if it's even close to being true to the original 2002 PC game, look out – you'll have a blast using the force to mess with stormtroopers.

I ranked Jedi Outcast as the third best Star Wars game of all time in my Top 30 list, and can't wait to see what it's like to play this classic game on Switch. Here's the entry from the Top 30:

"After stumbling a bit with the lightsaber gameplay in Star Wars: Jedi Knight – Dark Forces II, Raven came back swinging in Jedi Outcast, a sequel that hones in on the finesse and power of the Jedi craft. Playing as a Jedi is every bit as empowering as it should be. Seeing Kyle transform from a character who would duck behind corners to exchange fire with Stormtroopers in the precursor titles to a full-fledged Jedi who stands unflinchingly in front of any foe to deflect their laser fire and manipulate their minds into lowering their weapons is cool to see, and a rare evolution of a character for a video game.

The thrills of unleashing Force Lightning and leaping great distances extends beyond the campaign to a wild multiplayer experience that allows up to 32 Jedi to battle it out on PC. The console versions, while delivering excellent ports of the campaign, only support four-players in multiplayer, yet still manage to be a Force-powered riot."